Getting back to the basics of nanomaterials for better nanomedicine

Can’t see the forest for the nanowire trees? Take a leaf out of this book, and get back to nanomaterial basics to improve nanomedicine. 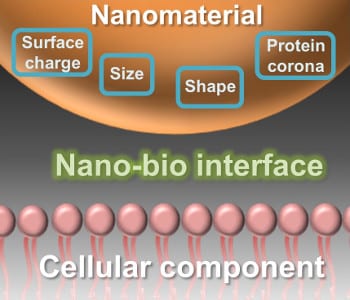 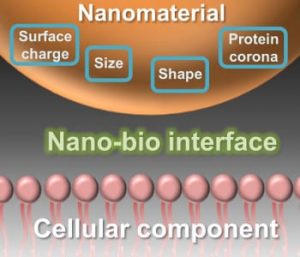 Can’t see the forest for the nanowire trees? Take a leaf out of this book, and get back to nanomaterial basics.

Over the last thirty-odd years, the initially small (pun intended) field of nanomaterials research has enjoyed a veritable explosion of interest, expanding across all fields of science, and the available literature has evolved from methods of synthesizing new nanomaterial types to describe the precise tuning of their properties and their optimization for every potential technological niche.

For nanomedicine in particular, the new frontier of research must assess the interactions of the now-vast library of nanomaterials with biological systems.

There is no such thing as a simple nanomaterial. Confinement effects aside, the surface chemistry of the material plays a huge role in determining its physico-chemical properties. Most particles require passivation to avoid aggregation before they can be further functionalized, not to mention the effects of protein corona formation, adding layers of complexity and making accurate measurement of something as fundamental as the hydrodynamic diameter a tricky operation.

Both this diameter and the nature of the surface molecules strongly affect particle uptake by cells and clearance from the biological system, which determines the true effectiveness and potential side-effects of a particular nanomedical system, and which will govern its approval and adoption in the clinic.

Even though this feature article by C. Y. Tay, D. T. Leong, and co-workers is focused on nanomedicine, its message is important for all fields echoing with the prefix ‘nano’: good fundamentals are the key to a good long-term game. These authors make the salient point that many nanoscale effects initially dismissed as negative could end up finding useful applications and that, alongside impressive quantum leaps forward concerning engineered and intended biological outcomes, there are still many crucial studies missing expounding the unintended ones. They call for a renewed appreciation of the fundamental and physical aspects of nanomaterials, and to link them to their biological effects and mechanisms to iteratively improve nanomaterial design.