An interplay between two realms is the subject of the Focussed Session: Geometry- and Topology-Controlled Nanoarchitectures at the Joint Meeting of DPG (Deutsche Physikalische Gesellschaft) and EPS (European Physical Society) Condensed Matter Divisions on March 13, 2018 at the TU Berlin. 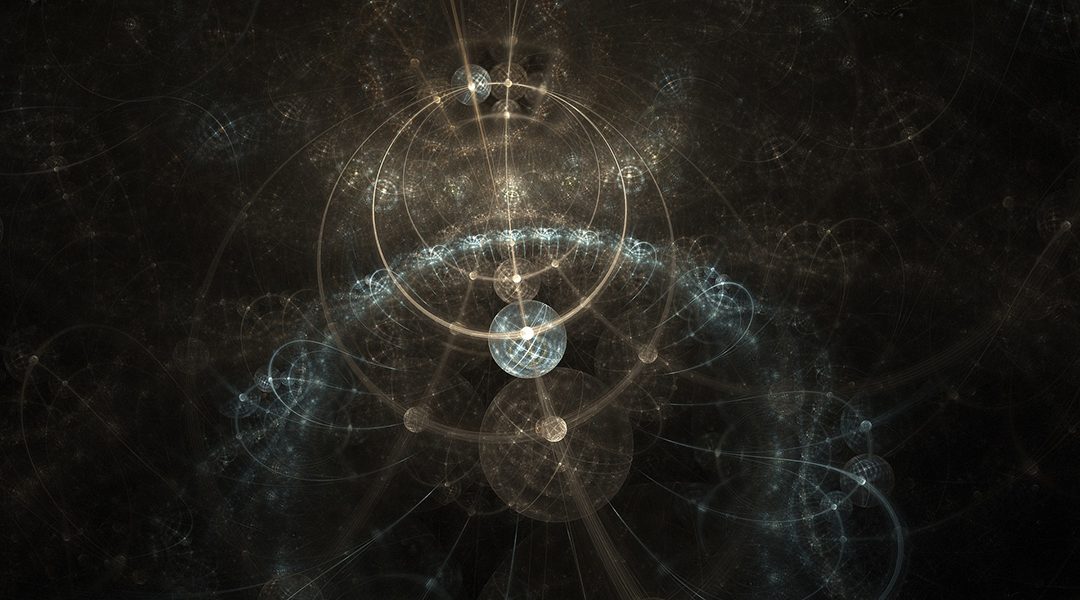 An interplay between those two realms is the subject of the Focussed Session: Geometry- and Topology-Controlled Nanoarchitectures at the Joint Meeting of DPG (Deutsche Physikalische Gesellschaft) and EPS (European Physical Society) Condensed Matter Divisions on March 13, 2018 at the TU Berlin. Presented as two Parts: HL 15.1 and HL 20.1, which begin at 9:30 and 14:00, respectively. The Focussed Session with 18 oral presentations, organized by Prof. V. Fomin (IFW Dresden, Germany) and Prof. P. Koenraad (TU/e, The Netherlands), covers a broad spectrum of achievements, from high-tech fabrication technologies, through advanced experimental characterization and theoretical modeling, to application design of topology- and geometry-tunable nanoarchitectures. A number of leading scientists from Europe (Germany, Austria, Italy, Spain, The Netherlands, Belgium, Poland, Russia, Ukraine) and from outside Europe (Republic of Korea, Brazil) will highlight their recent spectacular research developments in the field; some of them are named below. 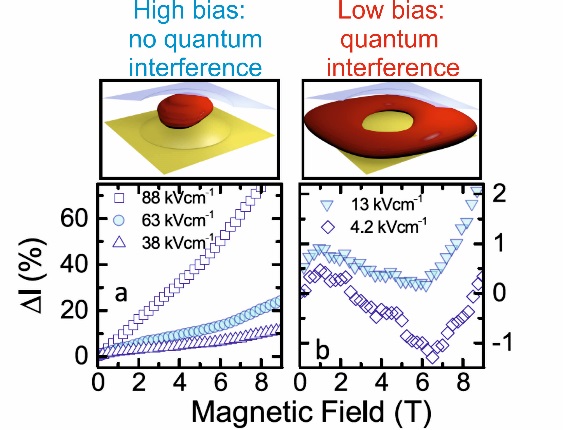 Evolution of the unpolarized magnetophotoluminescence integrated intensity in the high (a) and low (b) bias regime. The top panels: the evolution of the hole probability density between both regimes. (After J. M. Llorens et al., arXiv: 1710.08828 (2017))

The theoretical and experimental results on controlled transformation of either the electron or the hole from a quasi-zero-dimensional dot into a one-dimensional quantum ring by a gate-voltage in cone-shell GaAs quantum dots will be discussed by Dr. C. Heyn (Germany).  Dr. Benito Alén (Madrid) will represent the experimentally achieved electrical tuning of exciton topology and g-factor in type-II InAs/GaAsSb quantum dots (see Figure). Formation of topologically distinct semiconductor nanostructures by droplet epitaxy will be highlighted by Prof. S. Sanguinetti (Italy).

Prof. K. Kyhm (Republic of Korea) will review the observation and explanation of the fractional optical Aharonov–Bohm oscillations in a single quantum ring with disorder effects and with formation of Wigner molecules.  The detection observation and interpretation of Aharonov–Bohm oscillations in novel GaAs/AlAs core-shell nanowires with atomically flat interfaces will be presented by Dr. O. Marquardt (Germany). Intrinsic spin-orbit coupling and spin-Hall effect in graphene will be discussed by Dr. M. Prada (Germany) based on the experimental resolution of the spin and pseudo-spin states using microwave excitation in conjunction with the theoretical model implying a spin Hall insulator to a Dirac semimetal phase transition. Evidence of the backscattering of quantum Hall edge channels in a narrow graphene Hall bar, induced by the gating effect of the conducting tip of a Scanning Gate Microscope will be presented by Dr. S. Heun (Italy).

Prof. C. Ortix (The Netherlands) will introduce a novel theoretical approach to engineering topological states, spin textures and spin interferometers by shape deformations of quantum rings, where the non-uniform Rashba spin-orbit coupling leads to spin textures with a controllable topological character. Dr. L. Ma (Germany) will speak on the investigations of optical geometric phase in Möbius-ring-shaped and asymmetric microtube cavities, which pave the way for on-chip quantum devices.

Prof. A. Zaikin (Germany) will overview the novel non-equilibrium ?0-junction-like behavior of multi-terminal hybrid superconducting-normal nanostructures with non-trivial topology (Andreev interferometers). Prof. O. Dobrovolskiy (Germany) will report on stimulation of superconductivity due to the presence of vortices by a microwave excitation as detected in increase of the critical temperature and the second critical magnetic field in Nb thin films. Prof. J.  Van de Vondel (Belgium) will introduce novel nano-SQUIDs with highly controllable weak links via electromigration.

Dr. D. Makarov will talk on magnetism in curved geometries, where in addition to rich physics, the application potential of 3D-shaped objects is currently being explored as spin filters, magnetic field sensorics and memory devices. The developments in the stretchable and imperceptible magnetoelectronics, which will be topic of Dr. M. Melzer’s (Germany) talk, have revealed that geometric transition from flat to a highly wrinkled surface on top of an elastic support, generates an outstanding stretchability. This provides the novel ready-to-use displacement sensors for electronic skins, soft robotics and medical implants. Dr. M. Medina Sánchez (Germany) will represent novel soft microrobots with adaptive geometry, which are able to adapt and move in complex environments.

Don’t miss out on this unique multi-faceted discussion of the vividly developing domain of nanoarchitectures.