From Infrared to White: X-Rays Reveal the Structure of a Molecular Light Source

Knowledge of the amorphous structure of non-crystalline materials is critical for elucidating an explanation of how various side groups effect frequency doubling or white-light generation. 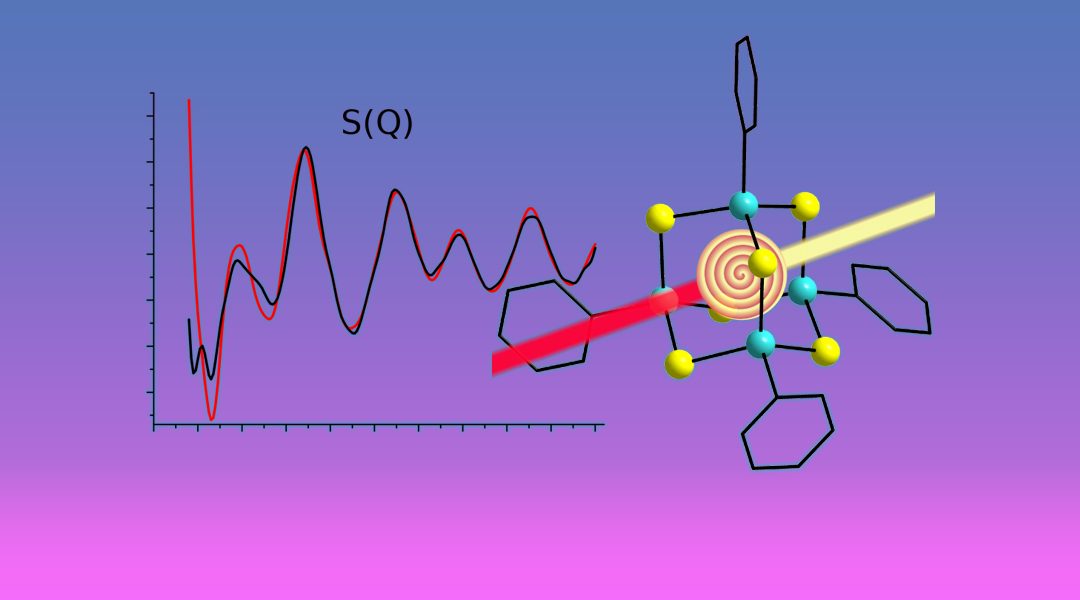 Recently materials of the general composition [(RSn)4S6] (R = organic substituent) have been found to exhibit interesting nonlinear optical properties. Depending on the organic side group, e.g., phenyl or naphthyl, these compounds either emit a white-light spectrum or a frequency doubled beam in the direction of an incident infrared laser beam. While frequency doubling is often used in generation of laser beam, this kind of white-light generation has not been reported previously and could be used to manufacture new kinds of specialized lighting solutions.

These types of materials are molecular non-crystalline solids, and therefore the determination of their structure on an atomic length scale is not possible by standard crystal diffraction. Knowledge of the amorphous structure is critical in elucidating an explanation of the different side groups that lead to either frequency doubling or white-light generation. This understanding will then be useful in guiding the search for similar substances with enhanced optical effects.

Even in case of non-crystalline substances the intensity modulation in an angle-dispersive synchrotron scattering experiment contains averaged information about the atomic structure of a sample, expressible as the so-called structure factor. In a Reverse-Monte-Carlo (RMC) simulation a model system containing several ten thousand atoms is generated and the structure factor of this model is calculated from the atom positions. By randomly changing the atom positions until a good agreement to the experimental structure factor is found, real-space information about the sample can be gained. Choosing this route it can be shown that an adamantane-type molecular structure of [(PhSn)4S6] (Ph = phenyl) can reproduce the experimental data while another structural isomer cannot.

Furthermore information about the relative orientation of the molecules could be gained. Taking this approach for multiple samples showing white-light generation or frequency doubling might very well clarify the structural origin of these effects.

This manuscript will appear in an upcoming special issue on “Synchrotron Radiation: Progress of Data Analysis, Data-Driven Science, and Theory for Science” in physica status solidi (b).

Footprints of phase transitions in the early universe
Why does Oreo cream stick to one side of the cookie?
Black holes take 2020 Nobel prize in physics
How does the structure of ice change around impurities?