From E. Coli to Your Plate? Engineering Curcuminoids from Glucose

Curcumin produces the intense golden-yellow of curries. It’s also being explored as an antioxidant. A reliable source can now be generated from glucose. 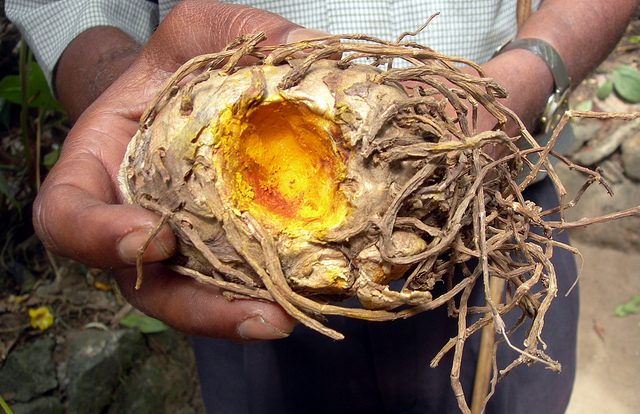 Curcumin is the plant-derived compound responsible for the intense golden-yellow of curries. Despite its unproven efficacy, it is of equally popular use for a wide variety of medicinal purposes, and its various biological effects – primarily as an antioxidant, with potential antibiotic, anticancer, and antitumour activites – are increasingly under scientific investigation. A typical turmeric rhizome, however, contains only about 2–5% curcumin, and the harvest of crops is variable.

To realise a more reliable, large-scale source of curcuminoids, a group of researchers from China and the USA have encouraged Escherichia Coli to produce them in the lab without the use of a feedstock that costs more than the end product. They just add glucose.

After investigating the conditions required to maximise production, a co-culture system was developed using a recombinant pathway to synthesise bisdemethoxycurcumin (BDMC) from glucose using two different strains of E. Coli: one for the propagation of plasmids and the other for the expression of proteins and the synthesis of curcuminoid. 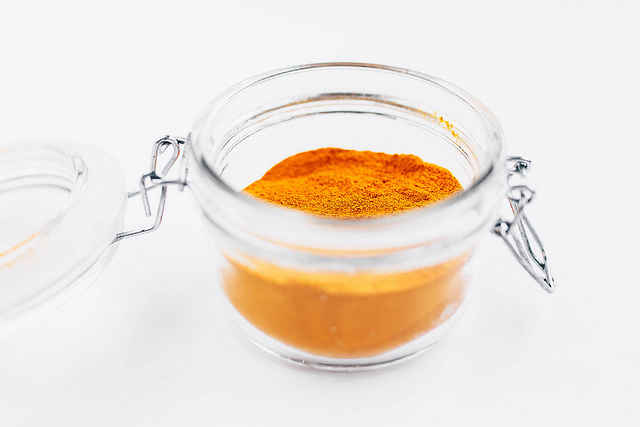 Speed is an issue: longer fermentation times can lead to the breakdown of the produced BDMC, and so fermentation temperatures had to be adjusted to optimise the yield. Through targeted gene deletions and the overexpression of acetyl-CoA carboxylase (ACC), the metabolite pool of malonyl-CoA was also successfully increased. In addition, the use of the antibiotic cerulenin inhibited (down-regulated) the formation of fatty acid by-products, ensuring that the malonyl-CoA pool remained maximised for BDMC production.

As just one mole of malonyl-CoA is required to produce one mole of BDMC, increasing its availability in the optimised conditions measurably improved curcuminoid production. “Using glucose and a synthetic co-culture fermentation strategy, we were able to achieve 6.3 mg L-1 BDMC production in a 3 L bioreactor within 22 h,” write the researchers, which is infinitely better than the 0.385 mg L-1 achieved after 9 h of fermentation obtained using a monoculture system. “This system provides a new method for transforming inexpensive substrates into value-added products,” they add.

See the full details of their process in Biotechnology Journal.

Yanglong Hou: A Leader in Multidisciplinary Research
Moving messengers making their way to the limelight
Protein synthesis: An adaptive “hive mind” of cellular proportions
Fossils provide new insights into the evolution of bones