From Charles Goodyear to the NMR-MOUSE

The aging and properties of historical rubber ornaments are investigated using non-destructive methods. 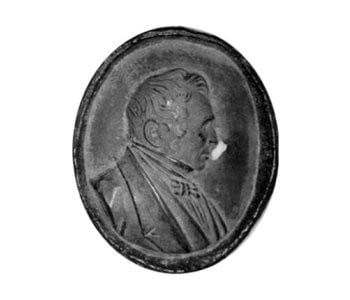 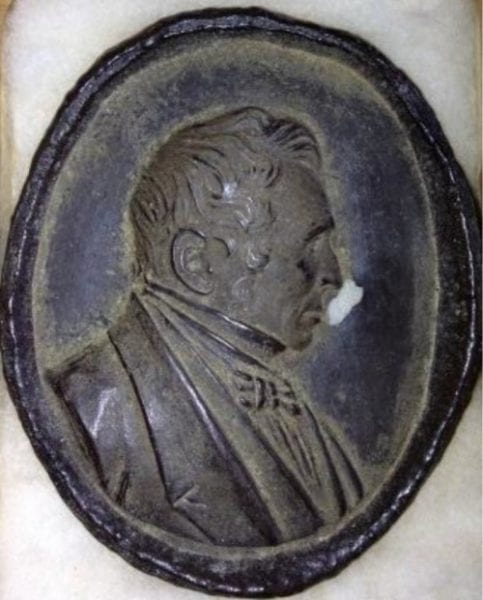 Charles Goodyear discovered the vulcanization process of natural rubber in the middle of the 19th century. This was the beginning of a new age in materials science. Since then vulcanized rubber is being used for tires, seals, pipes, conveyor belts, gloves and more.

In the present work by B. Blümich (RWTH Aachen), V. Abetz (Helmholtz-Zentrum Geesthacht) and their co-workers, original ornaments produced by Charles Goodyear are investigated. These are a segment of a hard rubbery necklace and a delicately made medallion of Charles Goodyear, which are privately owned by the family of one of the authors (VA), who is a descendant of Charles Goodyear. For comparison, a natural rubber sample was produced according to US patent 3633 for reference.

Contrary to expectation, it was found that Charles Goodyear did not use white lead in the investigated chain segment. Therefore, another reference sample was produced without white lead. All reproduced samples were artificially aged and investigated by the Nuclear Magnetic Resonance – Mobile Universal Surface Explorer (NMR-MOUSE), Fourier Transform Infrared Spectroscopy (FTIR) and Scanning Electron Microscope with Electron Dispersive X-Ray-Spectrometer (SEM-EDX), and Rheology.

The NMR-MOUSE was found to be particularly suited for studying valuable objects because it is a tool that provides information about the aging process in a non-destructive way. It was proven that by artificially aging natural rubber samples, properties similar to the 150 years old rubber sample are obtained.