Scientists in Japan have devised an efficient way to create the backbone to a whole family of natural products, thus unlocking potential new medicines. 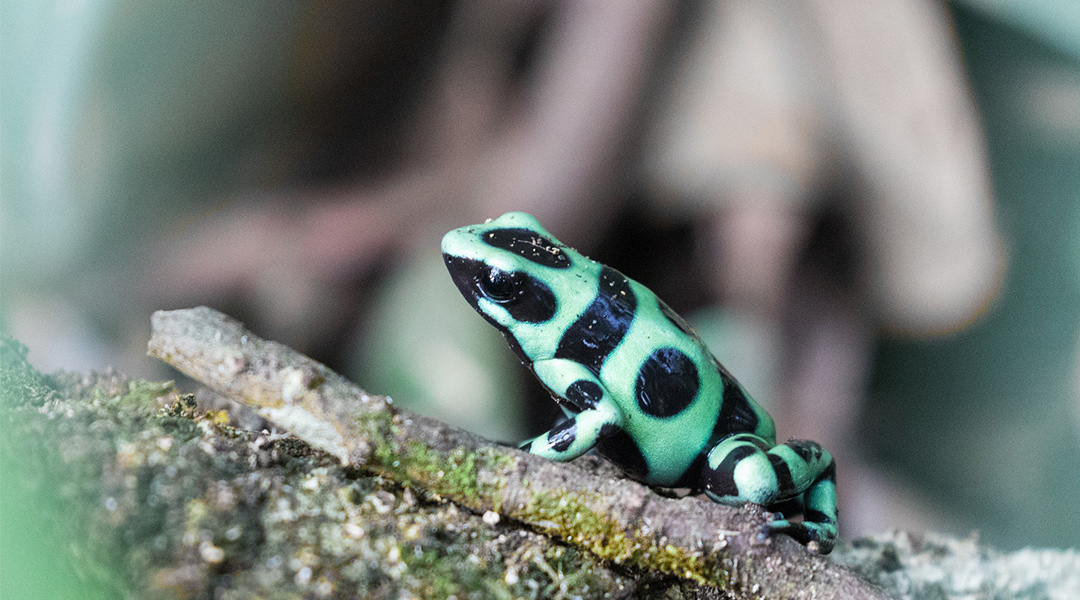 Natural products are chemical compounds that occur in nature and often provide us with inspiration or a blueprint for potential medicines. Classic examples include aspirin — which contains a compound called salicylate, found in plants such as the willow, and first used by humans thousands of years ago — and penicillins — originally isolated from moulds in 1928.

These compounds can be difficult to synthesize in a lab. However, chemists in Japan have published a new synthetic route to a group of spirocyclic compounds, removing the roadblock for their use as potential drug candidates.

These compounds are common in nature, and can be found in organisms such as marine sponges, plants, and poison frogs. The spiral skeleton makes the compound inherently three dimensional and is a useful motif in drug discovery.

Histrionicotoxin (HTX) alkaloids are a family of spirocyclic chemical compounds that have been isolated from poison dart frogs. All are built on a spirocyclic skeleton called 1-azaspiro[5.5]undecane, which is common to other alkaloids. The skeleton comprises two 6-membered rings, one of which contains a single nitrogen atom.

HTX compounds are potential target drugs. However, all laboratory syntheses to date follow multistep processes to generate the skeleton, making the overall synthesis lengthy and inefficient.

Researchers have now developed a one-step approach to make this skeleton. They then used this method to synthesize two HTX compounds, including HTX-283A, which is a neurotoxin that noncompetitively inhibits the nicotinic acetylcholine receptor.

The research team based their method on a successful reaction that they had conducted previously on similar compounds. This method used linear starting materials and a mercury-based catalyst (Hg(OTf)2) and proceeded through a 5-membered ring as an intermediate.

Unfortunately, the previously tried-and-true reaction did not generate any of the desired spirocycle, instead producing two linear by-products. The team concluded that the reduced electrophilic reactivity in this substrate was inhibiting the cyclization step. Water contaminants were then hydrating the compound to produce the by-products.

These reactions had been using the bulky Boc protecting group, to block reactions from occurring at the nitrogen atom. By changing this to a smaller protecting group (methoxycarbonyl), the reaction was less inhibited and successfully yielded the cyclic product.

Next, the researchers worked to optimize the reaction. They increased the yield of the product by changing the size of other side groups, adjusting the catalyst loading, changing the solvent to acetonitrile, and using anhydrous conditions.

With a robust method in hand to generate the spirocyclic 1-azaspiro[5.5]undecane skeleton in a single step, the team completed the synthesis of HTX compounds. They will now use this method to synthesize other HTX analogues and natural products and the reaction might aid researchers to efficiently make new pharmaceuticals in the future.