Focusing on trust is one way to advance climate justice

Deepening trust in relationships by broadening and diversifying them could improve climate efforts on the global scale. 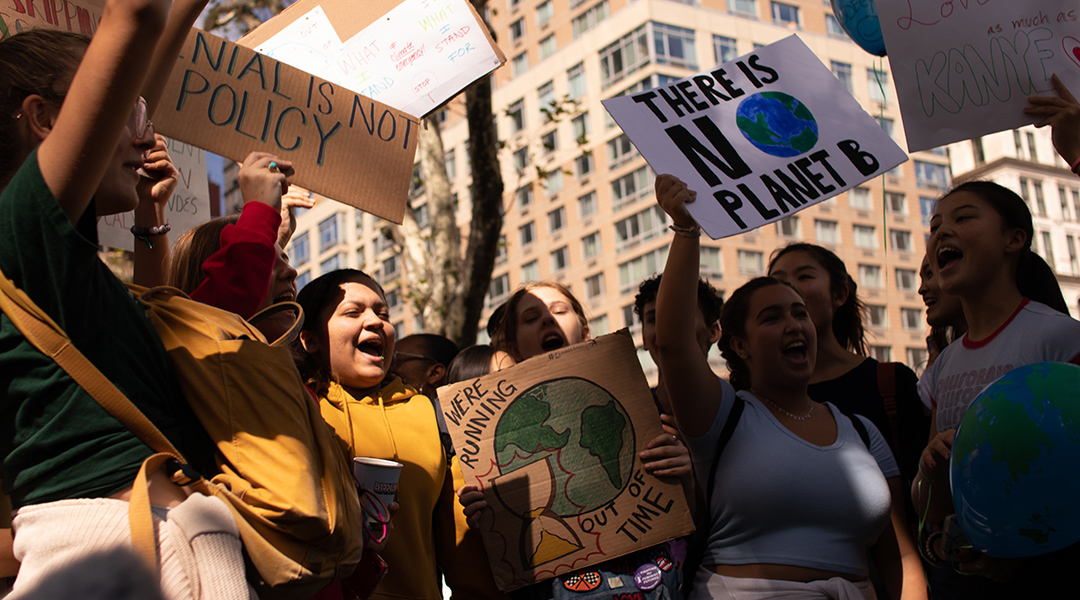 Through our experience working in policy making arenas, international negotiations, and with local and Indigenous communities affected by environmental change, we know that relationships and building trust matter when it comes to shaping the process and outcome of negotiations.

As a concept and practice, trust takes many forms and has been studied in many disciplines. It is a key characteristic in cooperative behavior and represents a collective attribute that facilitates shared action despite varying positions, information, and risk tolerance. Fundamentally, trust is a relational phenomenon that emerges through interactions among individuals, communities, and organizations that, over time, build the relationships and cooperation necessary to transform problems into solutions.

While it is common to talk about the mistrust present in international relations and the distrust of climate science, research and government often neglect the importance of trust in the relationships of those engaging in negotiations over global climate change mitigation strategies. Trust in governing bodies is paramount to achieving equitable solutions.

As an example, the Conferences of Parties (or COP) for the United Nations Framework Convention on Climate Change (UNFCCC) — an international environmental treaty — has been beset with questions of credibility and legitimacy as a governing body. As a consequence, communities, civil society groups, and even businesses and governments question whether they can trust its processes to address the inequalities and urgency of the climate threat.

Though the COP and UNFCCC follow standard structural patterns of international institutions, categorizing its members into broad groupings, such as parties, non-parties, and interest-based constituency groups such as youth organizations, labor groups, or Indigenous Peoples, such divisions dictate the ways in which participants interact and relationships form. In the past, this has ultimately restricted diversity of voices in decision making spaces, limiting the development of shared interests in mitigating climate change.

“Indigenous Peoples, for example, are critical contributors to solving climate change. Because international treaties are negotiated by nation-states, however, Indigenous Peoples’ contributions to solving the climate crisis are often overlooked, and they need a seat at the table,” notes Dr. Kimberly Marion Suiseeya, assistant professor of political science at Northwestern University and lead author of a study recently published in WIRES Climate Change that engages with this topic.

Diverse participants are needed to engage in deep collaboration to achieve successful action when it comes to climate change. Notably, Indigenous Peoples and other communities have historically faced constraints in centering their needs, experiences, and knowledge relevant to the decisions being made on their behalf. They were not fully included in past (and some present) negotiations, or perhaps were only included symbolically, resulting in a lack of trust or the development of a mutual relationship in which the needs of all parties could be addressed in the face of the current crisis. While groups and communities directly impacted by climate change have been increasingly engaging in international climate talks, enhancing the legitimacy and credibility of organizations like the UNFCCC is unlikely in the absence of trust.

In practice, this means that we need to strengthen long-term relationships among a broader set of participants rather than being simply transactional or hierarchical. This is hard work, because it often goes against the prescribed and existing norms of international negotiations. Instead, we need what we call “transformational relationships” — those in which the paradigm, hierarchy, and diversity are changed from the status quo so that there is mutual trust in the beliefs, standing, and interests of all parties. Most importantly, this means inclusion of all affected communities. To do so requires not only reducing barriers to participation, but also demonstrating permanent commitment to respect others’ knowledge and worldview.

By building transformational relationships, leaders and representatives demonstrate recognition of and respect for the diverse approaches and experiences of all participants in climate governance, which are inherent in the complex action and problem solving necessary for addressing climate change. Focusing on trust, is one way to transform global governance in order to advance climate justice.

Absolute zero: A counter-intuitive energy transition
Silicon — An element of surprise
Statistics – The Cookie Policy
Easing the ethical burden on doctors during the pandemic