In this opinion piece, researchers analyze a commonly deployed analytical tool used to think about water in the social sciences: the “hydrosocial cycle”. 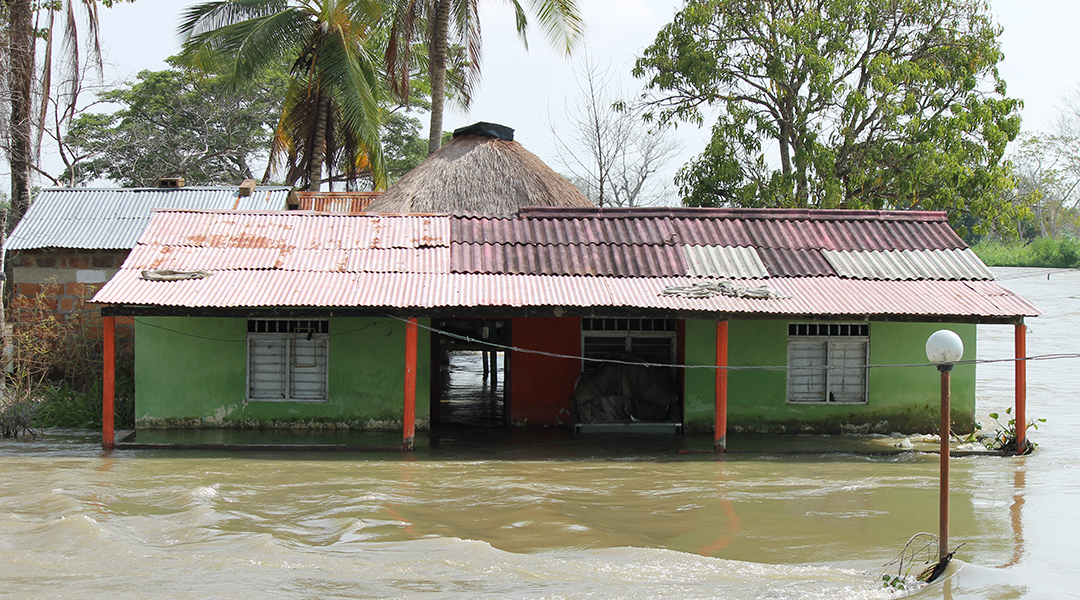 Globally, floods are on the rise. They are worsening in parts of the world which have been historically prone to these inundations, and are creating new disturbances in places where droughts had previously transformed the environment.

A variety of socioenvironmental phenomena are now increasing the likelihood of flooding in many parts of the world. These include rising sea levels, torrential cloudbursts, changing precipitation patterns, wetland loss, riverbed encroachment, and changes in land use. But do we have the analytical tools to understand these disastrous phenomena?

While water science and hazard studies have long examined floods, this is not necessarily true of the social sciences. In a recent study, Alejandro Camargo of the Universidad del Norte and Dr. Luisa Cortesi of Cornell University review endeavors to promote an interdisciplinary understanding of floods in order to advance the social studies of water.

Using floods as a lens helps us to discern some of the limitations of the frameworks currently used to study water in the social sciences, such as the concept of the hydrosocial cycle. This concept reformulates the classical hydrologic cycle to emphasize the ways in which economic, political, historical, and social processes influence water and shape, and are shaped by, its manifestations and movements.

Such framework brings to the fore, for instance, how racialized histories of marginalization, power imbalances, and neoliberal reforms affect water circulation through space, time, and society. Yet, the hydrosocial cycle, as Camargo and Cortesi argue, has constrained our analysis of water in three ways.

First, the hydrosocial cycle suffers from an overly anthropocentric perspective in which society is seen as the main force behind water circulation, movement, and change. From this viewpoint, society is abstracted into a totalizing element. Instead, we need to recognize society´s limited agency with respect to destructive environmental events. The effects of these events have forced us to recognize the insufficiency of our ability to control these water phenomena.

Secondly, unpacking society and reading it critically will prevent social studies of water from overshadowing the ecologies of water. The hydrosocial cycle, therefore, needs to incorporate an ecologic approach that complicates water, rather than simplifying it, as a singular element with an existence that is independent from other beings and things in nature.

We need to acknowledge that water includes social phenomena within multiple non-human processes and elements. In this sense, floods remind us that water is often composed of a myriad of organic and inorganic objects such as sediment, vegetation, microbes, animals, toxic substances, debris, and the like. These objects are as constitutive of water as is H2O.

Thirdly, we invite caution in representations of water. The hydrosocial cycle inherited the language of cycles and flows from the hydrological cycle (which we consider as reifying metaphors) that makes representation into realities. Consequently, whether socially or biophysically driven, water is mostly read as behaving in a fluid, flowing, cyclical—and therefore predictable and repetitive—fashion. The study of floods, instead, recognizes less flowing experiences such as that of stagnant waters. By so doing, floods alert us to the many possibilities and experiences that those metaphors may attempt to hide.

Taken together, these three considerations will hopefully pave the way to a broader—and much needed—understanding of floods, and therefore of water, where the natural and social worlds intersect.