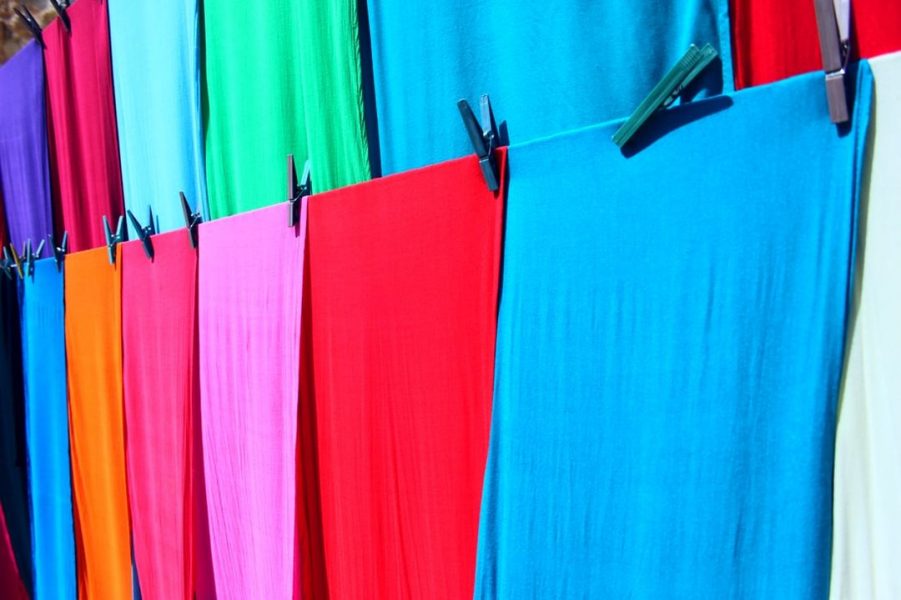 According to the UN, more than 80 per cent of wastewater caused by human activities is discharged without any pollution removal. The textile industry is no exception—synthetic dyes are used on a massive scale in this heavily polluting industry, and inefficiencies in the dyeing process mean that dyes end up not only in our clothing as intended but in our waterways, posing a major threat to both the aquatic environment and human health.

Currently, the most widely used methods of removing dye from wastewater are flocculation precipitation and adsorption. However, both methods produce large quantities of sludge, which ends up being disposed of in landfills or by incineration and causes secondary pollution.

Given these issues, the management of wastewater containing dyes, which can persist for long periods in the environment and contaminate drinking water, is a global challenge that requires sustainable solutions.

A team of researchers have addressed this issue by not only treating the dye wastewater but also finding an innovative use for it. Industrial dye wastewater is rich in nitrogen and sulfur from the azo and sulfite functional groups present in the dyes, and these elements can act as heteroatom dopants in carbon materials for energy storage devices.

To extract this added value, the researchers subjected the dye-containing wastewater to a hydrothermal reaction with glucose and then chemical activation with potassium hydroxide. This one-pot synthesis yielded a porous carbon material with moderate heteroatom doping, high specific surface area, and a high degree of graphitization—all beneficial criteria for an electrode in a supercapacitor cell.

Testing the electrochemical performance of a cell based on this electrode material confirmed that it is indeed a promising candidate for energy storage applications. In support of a circular economy, the researchers hope to extend their concept to other areas, including general wastewater treatment, air pollution control, and carbon capture, storage, and utilization.

How wildfires are pushing mountain lions toward riskier behavior
A biomimetic water collection structure derived from cacti
Nature can adjust to a new climate, though perhaps not fast enough
"Untapping" tap water consumption in Europe