Analyzing patients' urine samples allowed researchers to identify a biomolecule which could one day lead to developing a cure for asthma. 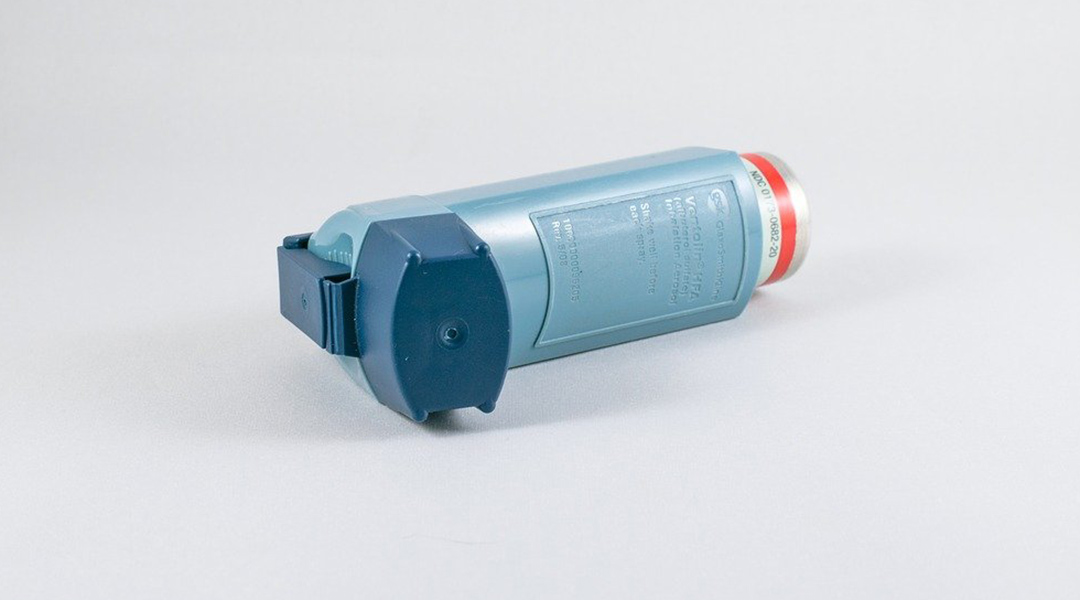 Asthma is a common respiratory disease with no known cure. In people with asthma, the immune system activates biological mechanisms that cause inflammation in the airways and, as a consequence, results in breathing difficulty. “There are an estimated 300 million cases of asthma worldwide resulting in more than 450,000 deaths each year, and yet we have no cure for the disease,” explained Craig Wheelock, associate professor in the Institute of Environmental Medicine at the Karolinska Institute in Sweden.

Treatments to control symptoms are available — like inhalers, which consist of oral corticosteroids that help relax the airways — however, they are unable to stop an attack that has already started, with some patients not responding at all to this therapy.

There is an unmet need in this area for new treatments, but developing a universal cure is challenging given the variety of underlying causes and triggers in asthma patients. That is why in a recent study, Wheelock and his colleagues searched for asthma biological signatures — distinct cellular mechanisms found in asthmatics and absent in healthy individuals — to better understand what happens during the disease on a biological level, expecting that the results would pave the road to finding new ways of treating asthma.

“Our research is designed to help us understand the molecular underpinnings of asthma and the different clinical presentations of the disease,” said Stacey Reinke, a senior lecturer at the Centre of Integrative Metabolomics & Computational Biology at Edith Cowan University in Australia and first author of the study. “With increased information, we can move closer to our ultimate goal of precision medicine approaches to treat asthma, making sure that the right medicine gets to the right patient at the right time.”

The researchers described for the first time decreased levels of a group of metabolites called carnitines in asthmatic individuals. Carnitines are key molecules used in cell energy production and when their levels are lower than normal, things start to go wrong.

“This novel finding highlights a potential avenue for therapeutic intervention, either by targeting carnitine metabolism or [providing a treatment route through] something as simple as carnitine supplementation,” added Wheelock.

Cells produce metabolites through biological processes by breaking down organic compounds, such as proteins and sugars. Studying metabolite changes provides information on how cell metabolism is dysfunctional, not only in asthma but in a range of different diseases.

As the lungs are affected in asthmatics, a direct metabolite analysis could be performed on a biopsy from this organ. But this is an invasive technique that requires general anesthesia and is not suitable for every patient. Instead, changes that occur in the lungs can be examined in a non-invasive and safer way using urine samples as metabolites from cells in the lungs enter the bloodstream and are later eliminated through the urine.

Wheelock and the team performed most of their metabolite analysis using urine samples, and later confirmed the results in airway samples through collected mucus and bronchial biopsies.

The samples Wheelock’s team used in this study were obtained as part of the collaborative project called U-BIOPRED, which was set up to help better understand severe asthma, particularly why and how it differs from person to person in order to develop new and better therapies.

The U-BIOPRED project involved 1025 participants, including healthy individuals and people with mild to severe asthma symptoms. It brought together many research groups and pharmaceutical companies, and led to dozens of publications, providing new insights into never-before-identified asthma signatures, low levels of carnitines being the one that Wheelock and collaborators identified.

Uncovering novel asthma signatures is of major importance as Wheelock predicts that the number of cases may drastically increase since air pollution is a major trigger in susceptible people.

“With climate change, we can expect to see increases in the drivers of asthma in terms of worsening air quality, increased allergens, and extreme heat events,” said Wheelock. “If we have a way to prognostically identify at-risk individuals, we can dramatically improve their quality of life by intervening prior to disease onset.”

There are still unknowns with regard to carnitine and asthma, such as are low carnitine levels a predisposition to developing the disease, or are they a consequence of it?

Future studies will aim to answer these questions, but for now, this breakthrough suggests carnitine metabolism as a potential therapeutic target that could lead the way to finding a cure for asthma.

Biomaterials researchers should include sex-based differences
Measles virus diverged from cattle earlier than thought
Guideomics to live up to the promise of biotechnology for precision medicine of brain diseases
Keep on smiling! A fluorescent mouthguard for healthier teeth