Using the motion of sound waves through a superfluid liquid, scientists can model the Universe's evolution on a reasonable time scale. 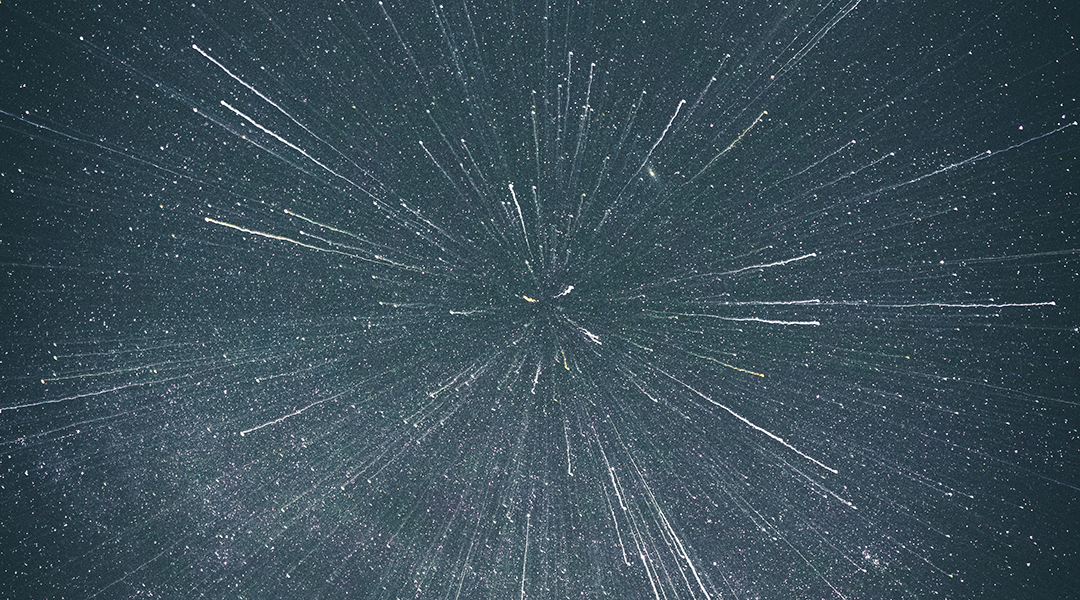 Understanding how the Universe has evolved as a whole is perhaps one of the most important and fundamental problems in physics. The main obstacles to achieving this are the difficulty in reproducing the extreme conditions that took place immediately after the Big Bang, and our inability to simulate the time span of these processes — millions, sometimes billions of years.

To facilitate the experimental study of cosmological evolution, we need to find a physical system whose theoretical description is identical to that of our expanding Universe, but with the size and time scale that are many orders of magnitude smaller — and which are reproducible in the lab.

Waves moving in fluid to model an expanding universe

The first hint of a possible model appeared as early as 1980, when William Unruh, a physicist at the University of British Columbia, noticed that mathematically speaking, the propagation of waves in a moving fluid is similar to the motion of particles in our spacetime, which, according to Einstein’s theory of general relativity, is by definition curved due to the presence of different fields and moving, interacting particles.

Building on this idea, a team of physicists from the University of Heidelberg have suggested in a recent study published in Nature that the theoretical description of the expanding Universe and the way that matter in it behaves is equivalent to the motion of sound waves in a superfluid liquid — a phase of matter that usually exists at ultra-low temperatures, and in which viscosity is zero. The suggestion was based on the observation that the equations governing these two systems are exactly the same.

The description of the cosmological side of this correspondence has a very solid background — it is based on the theory of general relativity and the Standard Model of elementary particles, which have each been verified experimentally. However, the theory of superfluid liquid proposed by the team, though promising, is less established and so, had to be tested.

To do this, the physicists studied the propagation of sound waves in a medium made up of potassium atoms known to become superfluid at extremely low temperatures.

To generate a wave, they excited the potassium atoms with a focused laser beam, then measured the velocity of the sound wave expanding from the point illuminated by the laser. The experimental data agreed well with the predictions, which helped to validate the idea that a superfluid liquid can be used to model physical phenomena in the expanding Universe.

This similarity is very interesting and significant, but in order to apply it to the analysis of real processes that occurred during the expansion of the Universe, a significant improvement in this approach is necessary. The mathematical description of the motion of a superfluid liquid consisting of only one type of atoms is equivalent to only one type of elementary particle, while in reality, there exist dozens of particle species.

The physicists believe that if a mixture of different superfluid liquids is used, then its mathematical description will better correspond to the theory of many types of particles moving against the curved background. Whether this holds up, only further research will tell.

First images of a multi-planet system with a Sun-like star
Cooling particle beams to study the hottest topics in physics
Defining the edges of galaxies
Can bacteria survive in space?