More Than You Ever Wanted to Know About Tomatoes 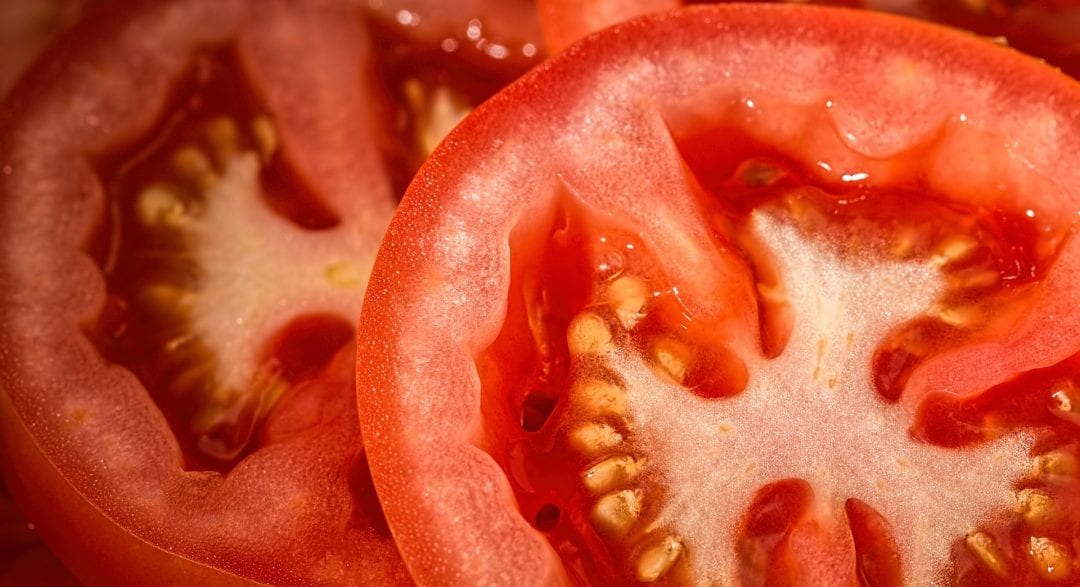 Tomato (Solanum lycopersicum L.) is an important food crop and, in addition, it is an ideal model system to study fleshy fruit development and ripening. Ripening is a complex metabolic process characterized by changes in color, flavor, texture, and aroma of the fruit flesh. The genome, proteome and metabolome need to be analyzed in-depth to fully understand the ripening process and the phenotype of the fruit.

The tomato genome was published in 2012 by the Tomato Genome Consortium but only a small part of the predicted proteome has been experimentally validated. In Proteomics, Mata, Nicolaï,  and coworkers from Leuven (Belgium) and Cambridge (UK) report an in-depth characterization of the tomato fruit pericarp proteome at its ripe red stage. The researchers used an extremely powerful strategy employing an extensive fractionation of tomato pericarp protein extracts in combination with LC-MS/MS, and achieved impressive results in terms of the number of proteins identified and in terms of data quality: Using stringent criteria for peptides and proteins identifications, they identified more than 8500 proteins, representing approximately 25% coverage of the proteome. Gene Ontology and KEGG pathways analysis showed an enrichment in cytosolic and organelle-associated proteins and suggested that a significant proportion of the identified proteins are involved in metabolic processes.

In addition, the reported results reveal the best peptides for each identified protein to be followed by mass-spectrometry and thus provide a starting point for future protein quantification studies using shotgun or targeted proteomics approaches.  The dataset can also serve as a foundation for analyses using customized databases derived from RNA-Seq data or in the analysis of post-translational modifications.  All the mass-spectrometry data are publicly available.

Algal Blooms in Streams, Lakes, and Coastal Waters
Freshwater in the seabed: An opportunity for creative solutions
Converting nitrate-pollution into feedstock
Water Quality Standards and Pesticides