Electrifying growth in the zebrafish fin 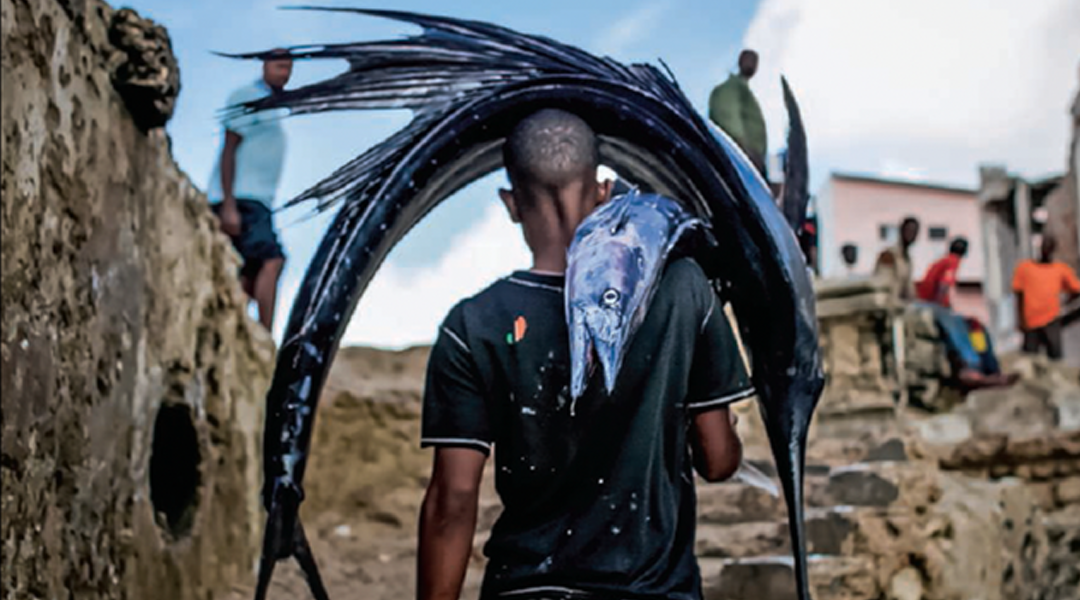 The study of proportion has long engaged artists and scientists, from the ancient Greeks’ fascination with the Golden Ratio to Leonardo da Vinci’s precisely circumscribed Vitruvian Man. Although the mathematical ratios underlying proportion can readily be discerned, the biological processes that result in these predictable sizes are far more opaque.

From the bat to the human to the whale, the diversity of forms that has evolved from the basic vertebrate body plan demonstrates that changes in proportion have occurred repeatedly during evolution. The zebrafish (Danio rerio), a small freshwater fish used extensively in basic science and biomedical research, provides unique insight into how such changes might be regulated. Different mutant strains of zebrafish exhibit striking alterations in fin length, from petite short fins to flowing long fins. These variant morphologies are heritable and can be attributed to unique mutations affecting specific proteins, thus providing a molecular entry point into the investigation of proportional growth.  Additionally, numerous genetic and experimental tools have been developed in the zebrafish fin, providing a tractable system in which to investigate the anatomical and developmental processes that control overall relative size.

In their recent review article published in WIREs Developmental Biology, Drs. Harris, Daane, and Lanni synthesize current understanding of how proportion is regulated in zebrafish fins. The target fin size of a zebrafish is specified during development and is maintained in the adult, even following fin amputation and subsequent regrowth. Elegant fin regeneration, transplantation and genetic mosaic experiments among different fin length mutants have begun to elucidate the extent to which size is encoded in fin tissue.

Notably, many of the genes which are mutated in short- and longfin zebrafish strains encode proteins that affect ion transport. Such proteins can modulate the membrane voltage potential (Vm) of cells and tissues. A growing body of evidence suggests that changes in Vm in “nonconductive” cell types such as mesenchyme may be a primary factor underlying regulation of size. Such a bioelectric signaling network would function very differently from the classical genetic pathways known to regulate pattern formation and development, in which genetic switches lead to binary outcomes (e.g., leg or antenna formation in Drosophila). In contrast, in a bioelectric signaling network, multiple inputs in the form of different ion transport proteins and channels would all affect a common output, Vm. Changes in Vm are then transduced into changes in cell proliferation in the fin, via molecular pathways that are currently being identified.

Recognition of the importance of bioelectric potential in size regulation provides a useful framework for guiding future experimental investigations. Conditional and inducible genetic approaches could provide essential information on when and where proportional information is specified in the fin. In addition, it may be fruitful to test whether global mechanisms affecting gene expression, such as altered DNA methylation and miRNA-mediated inhibition, constitute broad downstream targets for interpreting changes in Vm.

From an evolutionary perspective, the large number of ion channel proteins present in vertebrate genomes, each with its own distinct expression pattern, could provide fertile ground for the accumulation of nonlethal mutations. These mutations could then result in tissue-specific variations in Vm and size, thereby contributing to the diversity of vertebrate body forms. “Zebrafish are just the tip of the iceberg,” says Harris. “I expect that the more we look, the more examples we will find connecting bioelectric signaling to coordination of growth and form.”