Could we be living without fossil fuels in just 30 years time? Professor Geoff Ozin looks at the likelihood of such a Utopian vision of the future. 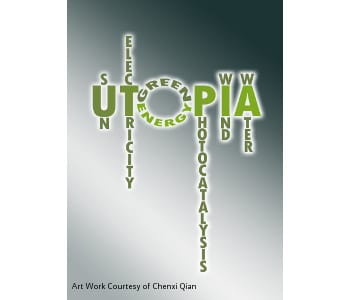 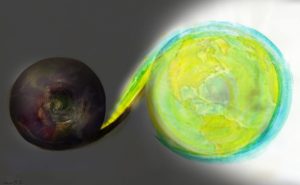 Imagine a world roughly 30 years into the future, in which all fossil and nuclear energy producing systems are converted into clean, safe and renewable ones producing electricity powered solely by wind, water and sunlight, to enable the operation of all transportation, heating and cooling systems, homes and industry, supplemented by some renewable hydrogen, generated electrochemically or photo-electrochemically.

Humanity is only as secure and sustainable as the solutions we create to wisely manage our interrelated energy, climate and environment needs. The long-term use of fossil and nuclear energy sources leads to a dark and narrow cul-de-sac. Needless to say, these forms of energy are unsustainable and insecure. No doubt many people will initially react negatively to the far-reaching vision of a clean and green planet, one that’s safe from climate change and environmental pollution. They’ll say it’s impossible to achieve this energy transition in practice citing the usual log jams or obstacles, namely, the technological and economic hurdles, not to mention the social and political barriers. However, it can be shown today that many of the obstacles or problems have already been solved or can be overcome by providing quantitative information on the technological and economic changes that are possible and the economic and social benefits that will result if they are implemented. Nevertheless, serious changes are hardly easy to actualize; and they’re rarely welcomed. Change is often resisted by those in the fossil and nuclear energy industries who stand to lose out financially. However, a recent detailed technical, economic and social analysis from a team of Stanford University Civil and Environmental Engineers, shows this is not necessarily true and the gains easily compensate for the losses if such an energy transition can be reduced to practice in an efficient and effective manner [1].

On the basis of a detailed and comprehensive all-energy sector roadmap for all 50 States of America, the claim is rather convincingly made that with currently existing technology it is possible to achieve a fully electrified world within a three-to-four decade time frame [1]. The analysis reveals profound and surprising economic and social advantages of transitioning a fossil and nuclear powered energy system into one founded on just wind, water and sunlight. The political challenge to reduce this Utopian vision to reality is how to implement the social and policy changes to replace combustible and nuclear fuels by clean and safe forms of renewable electricity by 2050 and thereby provide a safe and secure energy supply, stabilize climate change and protect the environment.

One can justly ask, how could this be possible, it seems too good to be true? To amplify on the details of the proposed pan-electrification roadmap, the analysis for each of the 50 States of America is based on a model of 80-85% conversion of existing energy systems by 2030 and by 2050 100% conversion to wind, water and sunlight electrical systems. These energy systems include onshore and offshore wind, concentrated solar, geothermal, photovoltaics, tidal, wave, and hydroelectric power systems.

Here a few points are worth noting. First, the conspicuous absence from the pan-electrical roadmap are nuclear power, coal with carbon capture, natural gas and liquid and solid biofuels. Notably biofuels are excluded on the grounds that greenhouse gas emissions are on a par with fossil fuels, the land and water requirements are much larger, and the photosynthetic efficiency for the same land use is about twenty times less than with solar photovoltaics biofuels [1]. Second, a pan-electrical roadmap will have to include technologies for the large-scale grid-storage of electricity. This will be achieved using conventional forms of electricity storage that include compressed and liquefied air, pumped water and flywheels as well as advanced methods based on redox flow batteries, lithium and air batteries, super capacitors, hydrogen and conversion of carbon dioxide to liquid hydrocarbon fuels using hydrogen. The latter is the bedrock of our current energy infrastructure. Third, there is no way around liquid hydrocarbon fuels in mobile applications, where the energy density of electricity is too low and many forms of transportation will continue to rely on fuel of some kind. Airbus have a prototype 2-seater electric plane with a lithium battery plus a small gasoline engine to charge the battery. While this plane could serve as a test bed for a small hybrid electric commuter plane of the future it is hard to imagine an Airbus 380 plane being battery powered for a long time yet [3]. This is where solar thermochemical and photochemical catalytic conversion of CO2-to-fuel will have a role to play in a pan-electrified utopia. Fourth, the benchmark to produce liquid fuels from H2O, CO2, and solar energy is based on the following process chain: 1) solar electricity; 2) H2O electrolysis; 3) reverse water-gas shift (RWGS) of H2+CO2, 4) syngas to liquid fuel, with an estimated overall efficiency of 8.2% (i.e., 19% for PV, 85% for water electrolysis, 80% for voltage mismatch, 90% for RWGS and 70% for Fischer-Tropsch synthesis). Significantly, the solar thermochemical approach has the potential of reaching higher efficiencies, approaching 12%, because of thermodynamically favorable processes at high temperatures and because it bypasses the inefficiencies and energy penalties arising from the RWGS step. Higher efficiencies translate into economic competitiveness vis-à-vis the benchmark based on solar electricity. It remains to be seen whether the nascent solar photochemical approach can compete with the efficiencies achieved by solar thermochemical methods for producing liquid fuel from CO2+H2O [2].

Returning to a pan-electrified Utopia, the efficiency advantages of an all-electrified energy system are estimated at roughly 39% based on the higher efficiency of electricity compared to combustion powered processes and end-use energy improvements. By the year 2050, the entire United States power demand would be provided by around 30.9% onshore wind, 19.1% offshore wind, 30.7% utility-scale photovoltaics, 7.2% rooftop photovoltaics, 7.3% concentrated solar power with energy storage, 1.25% geothermal power, 0.37% wave power, 0.14% tidal power, and 3.01% hydroelectric power.

The employment opportunities for all 50 States of America of such a massive energy replacement plan are extraordinarily interesting. Over a 40 year period the replacement plan is expected to create 3.9M and 2.0M construction and operation jobs for building and running the renewable energy facilities respectively. This opportunity more than adequately accommodates the 3.9M jobs lost in the conventional fossil and nuclear energy sectors.

The associated health and economic benefits of this energy transition are also remarkable. 46,000 mortalities per year from air pollution in the United States would be eliminated following full conversion in 2050, saving $600B per year in 2013 dollars in 2050. This amounts to an amazing 3.6% of the 2014 U.S.GDP!

The savings in the cost of the negative effects of global warming from climate change are even more impressive, $3.3T per year being eliminated just by reducing greenhouse gas emissions from the United States alone!

On a personal basis the economic benefits are significant, whereupon by 2050 roughly $260 per person per year in energy costs will be saved in 2013 dollars with additional savings of $1,500 and $8,300 per person per year related to health and global climate change problems, respectively.

Perhaps even more surprising are the estimated 0.42% of United States land requirements to enable this energy transition, which is rather miniscule and only grows slightly to 1.6% when the spacing area between wind turbines is taken into account.

It is to be noted that inevitable uncertainties in the aforementioned road maps, arising from unexpected technological, economic, social and political events, are captured in broad ranges of energy, climate and health costs reported in the analysis. Therefore it is recommended that the road maps will need to be re-evaluated on a regular basis.

It is anticipated that the publication of this 50 States of America all-sector energy transition roadmap by the Stanford University researchers will be quite an eye-opener to the global community of scientists and engineers, industry and business leaders, public and media, and policy makers and politicians. Hopefully this important report will make these people aware of what changes are technically and economically possible and inspire politicians to implement the clean-energy policy changes required to enable 100% conversions of fossil and nuclear energy systems to clean and safe renewable electrically-based forms of energy powered entirely by wind, water and sunlight.

Based on the reported techno-socioeconomic analysis of the pan-electrification of all 50 States of America it seems that the conversion is technically and economically feasible by 2050 and the conclusions and recommendations of the report demonstrate plenty of advantages and few disadvantages.

Could this vision inspire and enable the transition from our fossil dystopia to an electrical utopia? While the numbers seem credible it is possible that for America and many other countries this vision will remain utopia! Take socially conscious Germany for instance, where it needed a 10-20% voting potential for the Green Party to gain momentum in the right direction and it is still not certain to what extent their Energiewende will succeed [4]. The lobby groups of many countries will insist on gaining access to the last drop of oil, coal and gas on the planet and shipping, transporting and piping it home oblivious of the dystopian consequences.

GAO is Government of Canada Research Chair in Materials Chemistry and Nanochemistry. This work was supported by the Natural Sciences and Engineering Research Council of Canada (NSERC), Connaught Global Challenge Award from the University of Toronto, Ontario Ministry of Research and Innovation (MRI) and the Ontario Ministry of Economic Development and Innovation (MEDI). The ideas and opinions expressed in this editorial have benefitted enormously from the critical reading, insightful feedback and writing skills of Sir John Thomas, Aldo Steinfeld, Thomas Bein, Josef Breu, Markus Antonietti, Avelino Corma and Hermenegildo Garcia, and Bob Davies. The aesthetics of this editorial have been greatly enhanced and enriched by the creative artistic skills of Chenxi Qian and Todd Siler.