A 1913 manuscript by Albert Einstein and Michele Besso containing a precursor theory to general relativity sells at Paris auction. 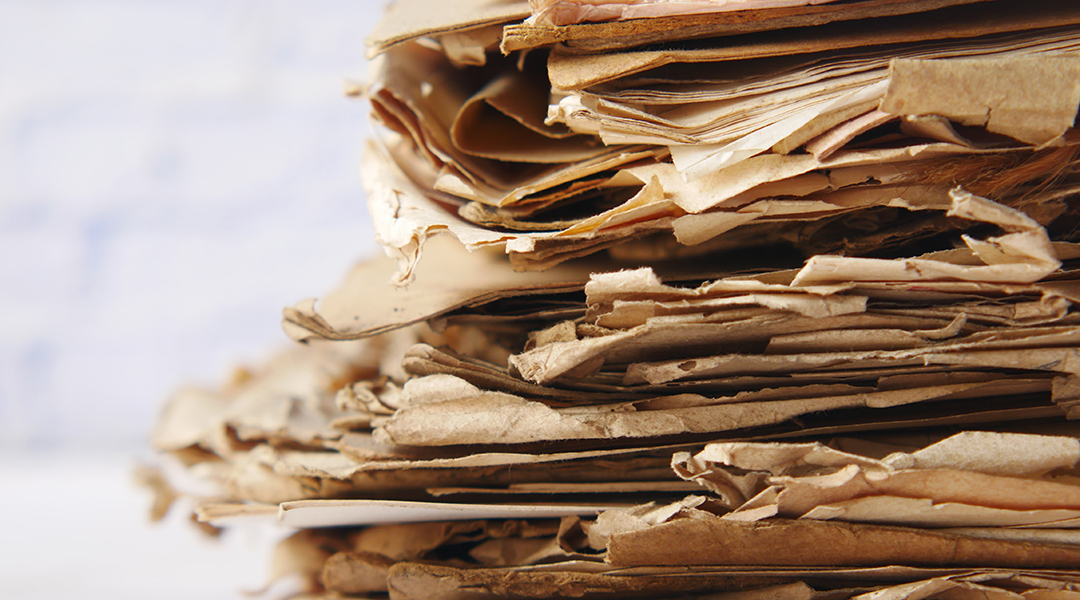 On November 23, 2021, a stack of about 50 pages of scratchpad calculations by Albert Einstein and his close friend, Michele Besso, was sold at auction in Paris for a record $11.5 million, far exceeding the pre-sale estimate of $2–3 million.

What is in these pages? And how did they end up in Paris a century later?

Besso was a close friend and confidant of Einstein’s. They met as students in Zurich in the late 1890s and remained lifelong friends. They worked together at the Swiss Patent Office in Berne from 1902 to 1908. Besso is the only person whose help Einstein acknowledged in the famous 1905 paper introducing the special theory of relativity.

While his friend continued to work as an engineer, Einstein embarked on an academic career. In 1912, he was appointed full professor at his alma mater, the polytechnical school, now ETH, in Zurich. For the next few years, he worked intensively on a new theory of gravity. According to the new theory, large masses curve the space-time around them, while smaller masses follow the straightest possible paths in this curved space-time. Examples of such paths are the orbits of planets around the Sun. The orbits predicted by Einstein’s theory are very nearly but not quite the same as those predicted by Newton’s.

As Einstein realized as early as 1907, Newtonian theory had trouble accounting for the motion of Mercury’s perihelion; the point in its orbit closest to the Sun. Over the course of a century, this perihelion motion adds up to about 550 seconds of arc. A full circle is 360 degrees, a degree is 60 minutes, and a minute is 60 seconds, so 550 seconds of arc is a tiny effect. Moreover, more than 90% of it could be chalked up to the gravitational pull on Mercury by other planets. Yet a gap of about 43 seconds remained. Einstein hoped his new theory could close this gap.

In Zurich, Einstein had made a big step toward a relativistic theory of gravitation. Together with another student friend of his, now his colleague at the ETH, Marcel Grossmann, they had published in spring of 1913 an “Outline” (Entwurf) of a generalized theory of relativity and of a theory of gravitation”.

This Entwurf theory contains all ingredients of the final theory of general relativity. It was a metric tensor theory in which motion of a particle was understood as geodesic motion based on generally covariant equations of motion. However, Einstein and Grossmann had not yet succeeded to find generally covariant gravitational field equations. Instead, they had settled on a set of field equations of restricted covariance. Nevertheless, Einstein was convinced that he was on the right path. The next step, therefore, was to check whether he could explain the anomalous advance of Mercury’s perihleion on the basis of his Entwurf field equations.

This, then, is what he and Besso set out to do in the spring of 1913. The manuscript sold on 23 November is a record of their efforts. The end result given in the manuscript is 1821 seconds or 30 minutes of arc, more than three times the total motion of Mercury’s perihelion. There are clear indications in the manuscript, however, that Besso found the trivial error that led them to overestimate the effect by a factor of 100.

Yet 18 is still 25 shy of 43. They tried to make the theory yield a few more seconds in other ways but came up empty. In early 1914, Einstein mailed what they got so far to Besso and urged his friend to keep working on the project. Besso tried but made no further progress.

In March 1914, Einstein left Zurich to take up an even more prestigious position in Berlin as member of the Prussian Academy of Sciences. He did not return to the problem with Mercury’s perihelion until November 1915. That month, he changed the equations determining how matter curves space-time that he and Besso had used, thereby arriving at general relativity as we know it today. He redid the calculations he had done with Besso and, as he later recalled, suffered heart palpitations when out popped the 43 seconds he had been looking for!

Einstein found himself in a race that month with the great mathematician, David Hilbert, to see who could put the house of general relativity in order first. When Einstein wrote to Hilbert about his success with Mercury, Hilbert wrote back that he wished he could calculate that fast! Einstein never told Hilbert that he had done very similar calculations before.

In fact, had he not sent the manuscript with those earlier calculations to Besso, we probably could never have called Einstein’s bluff. Had it remained in Einstein’s possession, he would almost certainly have discarded it. Besso, however, held on to the manuscript for the rest of his life.

His son, Vero Besso, eventually gave it to Pierre Speziali, editor of the extensive correspondence between Michele and Einstein. In the late 1980s, Speziali shared a photocopy with the Einstein Papers Project, then at Boston University, now at Caltech.

One of us was lucky enough as a graduate student to get the plum assignment of preparing the manuscript for publication in Volume 4 of The Collected Papers of Albert Einstein. In 1996, the year after Speziali’s death, his two daughters sold it at auction for $360,000. In 2002, it was acquired for half a million by a French company, Aristophil, as part of an impressive collection of historical documents. In 2015, however, French authorities arrested the company’s founder, who has been described as “the Bernie Madoff of France,” for using this collection to run a Ponzi scheme. The new owner is Sir Li Ka-Shing of Hong Kong.

We hope that he will consider donating it to the Albert Einstein Archives in Jerusalem, where it belongs together with all other manuscripts and letters that Einstein bequeathed to Hebrew University.

This article was originally published in Annalen der Physik’s ongoing “Then and now” series, which is dedicated to the history of physics. The article has been modified for this website version.