Researchers explore how the predicted increase in variable rainfall and higher temperatures will impact management of common weeds for corn production. 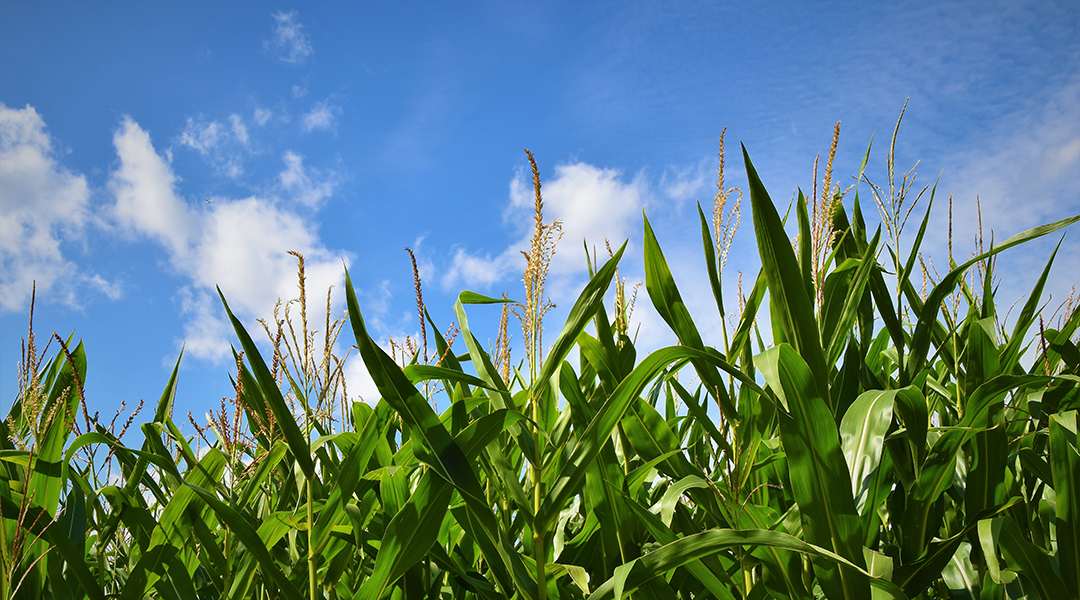 Climate predictions for the US Corn Belt suggest that by 2050 there will be an increase in spring rainfall and a reduction in summer rainfall. This spring increase is expected to manifest in a rising number of periods of extreme rainfall with increased short drought periods in between. Air and soil temperature increases are also anticipated. Such weather changes may negatively impact weed management of corn, by reducing effectiveness of early weed control at the start of the season.

Pre-emergence (PRE) herbicides are applied to soil before weeds appear. Rainfall or irrigation incorporates the herbicides into the soil. The water dissolves herbicides so that they can be absorbed by weeds emerging in the soil. Generally, if this is not adequately achieved in two weeks after application, efficacy of the herbicide is reduced. Efficacy can also be reduced by increased soil temperatures, which may promote early germination (reducing the time window for PRE herbicides to work) and due to enhanced metabolism of herbicides in plants.

Researchers analyse the impact of increased weather variability on PRE herbicides in corn, in a new Pest Management Science paper, using an extensive database with 252 unique weather environments. They modeled the efficacy of herbicides atrazine, acetochlor, S-metolachlor, and mesotrione, applied PRE individually and in combinations, on common lambsquarters, giant foxtail, and waterhemp (three of the most common weeds in US corn production).

The results showed greater chance of successful control of the weeds with increased rainfall after application of PRE herbicides. For most of the treatments, 5 to 10 cm of rainfall within 15 days of application was required for successful weed control. Conversely, absence of rain during this time was detrimental to efficacy of most herbicides. The researchers noted that because “rainfall is required to move PRE herbicides into the soil-water solution, poor herbicide efficacy under limited rainfall is likely due to low bioavailability of the PRE herbicides”. In general, herbicide combinations required less rainfall for successful weed control than individual herbicides, probably due to factors such as water solubility and soil sorption of the combination components.

Overall, the researchers conclude that the “development and adoption of more integrated weed management strategies that utilize PRE herbicides in combination with additional cultural, mechanical, biological, and POST chemical control options are needed in the quest to adapt US corn production to climate change”.

Freshwater in the seabed: An opportunity for creative solutions
Water Management in Ancient Cities Can Help Plan for Future Vulnerability
Solar cells created with a single sheet of paper
The Invisible Role of Biofilms in Engineering Our Environment