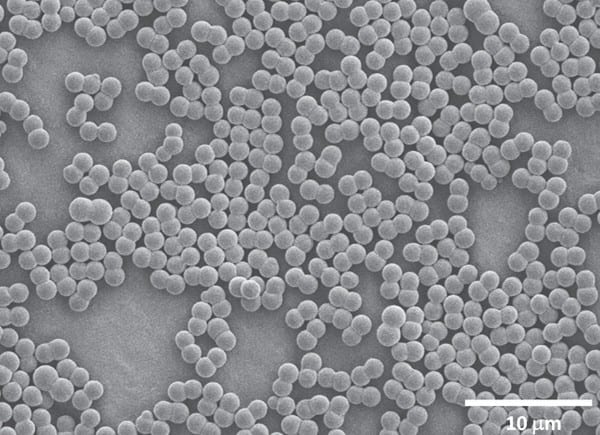 A SEM image of the colloidal dimers used in the study.

Now, in new work, US-based researchers have studied the electric-field directed assembly of geometrically anisotropic particles – colloidal dimers. Their work investigates the effectiveness, the reversibility, and potential opportunity of applying electric field to control the orientation and direct the assembly of non-spherical particles simultaneously. Both the orientations of individual dimers and packing order of a group of dimers can be tuned conveniently and reversibly by the frequency of the electric field, the ramping direction of frequency, and the salt concentration. The competition and balance between the hydrodynamic, electric, and Brownian torques determine the orientation of individual particles, while the competition between the electrohydrodynamic force and dipolar interaction determines the aggregation of aligned particles at a given experimental condition.

This study shows promise in fabricating three-dimensional photonic crystals based on anisotropic colloids and electric field-actuated displays. It also forms a fundamental baseline towards understanding the assembly of more complex building blocks, such as colloidal dimers with both geometric and interfacial asymmetries.