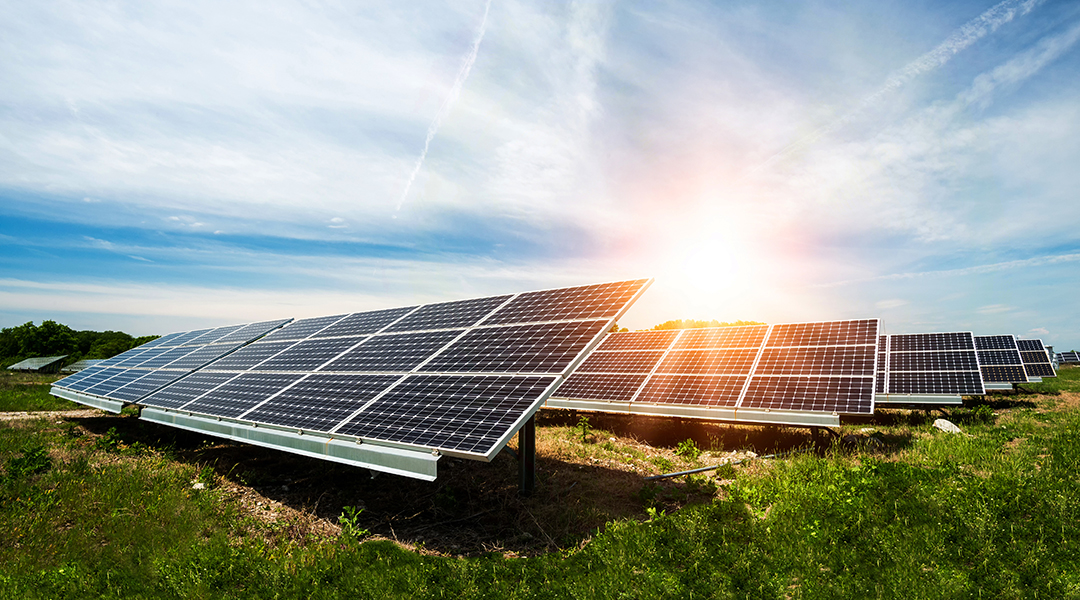 Solar energy technology is one of the most promising solutions to minimizing our dependence on fossil fuel–based energy sources to meet net zero carbon emissions goals by 2050.

Solar-generated power has been touted as having the highest potential to meet our ever-growing energy demands. Each hour, 430 quintillion Joules of energy from the sun reaches the Earth’s surface, which is staggering when compared to the total amount of energy that humans produce and use in a year.

While most advances in solar technology were initially made using silicon-based cells, organic-based and organic/inorganic hybrid photovoltaic cells have emerged as a promising alternative with acceptable energy conversion and more environmentally-friendly production processes. Perovskite solar cells, in particular, are being widely researched due to their high efficiency, with up to 25.2% conversion efficiencies recorded.

This class of solar cell contains perovskite materials as the light-harvesting active layer; these are most commonly a hybrid organic-inorganic lead or tin halide-based material. The term perovskite is used to describe any materials that have the same crystal structure as the mineral CaTiO3 — for any crystallographers out there, any crystal with the generic form ABX3 — which is highly ordered and has a large band gap, making it perfectly suited for applications in photovoltaics.

While an exciting avenue, the stability of perovskite solar cells is limited and there are also concerns about the potential environmental impacts related to lead-based absorbers, which can leak when the cell degrades.

To address this problem, a team of researchers led by Professor Taiho Park from POSTECH report an eco-friendly organic-based electronic material to help solve some of the environmental and toxicity issues surrounding current perovskite technology.

Park and his team report a new donor–acceptor type polymer, Alkoxy-PTEG, which can be dissolved in oils like peppermint and walnut aromatic food additives, with the hopes of replacing currently used toxic solvents that are currently used in manufacturing these cells. In addition, this polymer was designed to capture lead to prevent leakage from the cells as they age.

The solar efficiency of the new eco-friendly solar cells was measured to be 19.9% with peppermint oil and 21.2% when walnut aroma food additives were used. The new polymer was also shown to enhance the solar cell’s stability (conventional perovskite solar cells are moisture sensitive), and prevent lead leakage through the polymer’s ability to chelate lead, while maintaining 88% efficiency after 30 days at 40-50% humidity.

Junwoo Lee, the Master’s student who conducted this research said in a press release, “When we use green solvent in the production process and prevent lead generated by the aged perovskite solar cells with a polymer, we can solve environmental issues of the high efficiency perovskite solar cells and mass produce them.”

Park also commented, “Our research [shows] the world’s highest efficiency of the perovskite solar cells, which [were developed] through an eco-friendly process without any toxic substances added. We anticipate that this can be a solution to lead leakage of the conventional perovskite solar cells which harms human bodies or causes environmental problems.”