Drinking water disinfected in minutes by natural and abundant catalyst 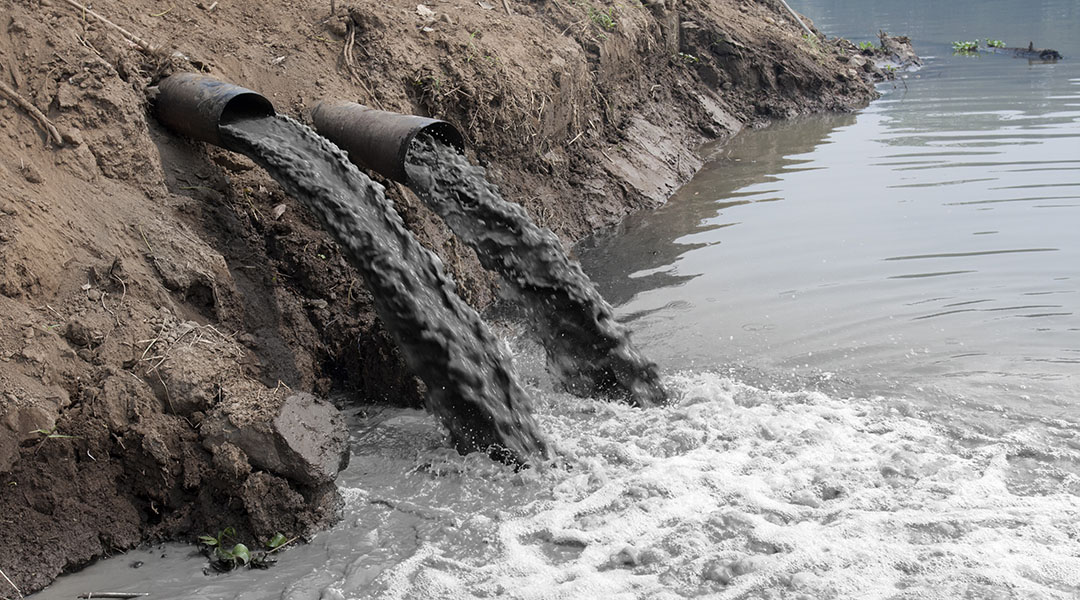 Unsafe drinking water has been linked to the transmission of numerous preventable yet deadly diseases that disproportionately afflict people living in poorer regions of the world. According to the WHO, it is estimated that 829,000 people die each year from diarrhea as a result of contaminated drinking water, many of whom are children.

Peter Sherrell from the University of Melbourne and Andris Šutka of Riga Technical University are seeking an alternative to the conventional chlorine-based approach. “Chlorine-based disinfection is highly effective but can promote gene exchange between bacteria leading to increased mutations,” explained Sherrell to Advanced Science News. This risks the development of antibiotic resistant bacteria in water, which poses an additional and serious threat to public health.

In a recent study published in Advanced Sustainable Systems, Sherrell, Šutka, and their teams propose an alternative called brownmillerite. This is a rare oxide mineral with the chemical formula Ca2Fe2O5. It is found naturally in mineral deposits or can be synthesized cheaply in large volumes, and has been found to possess intriguing catalytic properties. However, until now, it’s antimicrobial properties have not been studied.

“The brownmillerite catalysts provide a practical alternative to chlorine-based disinfection,” said Sherrell. “[It] is abundant, cheap, and is safe to use, enabling it to be used in poorer regions. Since it is very stable in air, it can be easily transported to remote locations as a powder, and added to water on demand.”

The scientists synthesized brownmillerite nanoparticles and demonstrated their high antibacterial activity. “In a real sample of sewage sludge, the number of bacteria in the sample decreased from over 5000 in number to just 20 in only 30 minutes,” said Sherrell. “In benchmark lab tests, only one bacteria out of every 1 million survived in the same 30 minutes. Apart from efficiency, this catalyst is biocompatible and doesn’t contain any components that are toxic to flora or fauna — just calcium, iron, and oxygen!”

“[It is] worth noting that the radical release from metal oxide nanomaterials is nothing exceptional,” added Šutka. “The same has been observed in case of ZnO [catalysts]. However, in our case, the activity is much higher and bacteria killing occurs more rapidly.”

The brownmillerite nanoparticles generate highly reactive oxygen radicals in the presence of water, which kill bacteria. “These advanced oxidation products [the reactive oxygen radicals] break down the bacteria with startling efficiency,” said Šutka. “Where our catalyst excels is that it creates a huge number of these advanced oxidation products very rapidly, which is why the bacteria die off so quickly.”

This approach using a nanopowder that produces reactive oxygen species to kill bacteria is not new. However, the way the catalyst makes these advanced oxidation products is unexpected, says Sherrell. When put into water, the catalyst changes from a porous powder to a sharp, 2D sheet — a structural transformation that isn’t typically observed and wasn’t predicted.

The nanoparticles were tested on “highly turbid sewage sludge”, and were found to drastically decrease bacterial concentrations without the need for activating sources like UV light or peroxide additives. By simply stirring the brownmillerite into a sample of water, even in the dark, bacteria was killed and eradicated. This, the researchers write, directly addresses the United Nations’ Sustainable Development Goal for clean water and sanitation.

“At the moment our tests have been on laboratory-synthesized brownmillerite. However, it is abundant in [nature],” said Sherrell. Synthetic brownmellerite can be obtained from processing raw materials such as metal nitrates, citric acid, ammonia, or even rust. However, these release CO2 and NOx products and often require temperatures in excess of 1000 °C.

The team says that further studies are needed to explore less carbon-intensive means of producing the antimicrobial catalyst as well as to test how natural brownmillerite behaves in these samples. “If successful, the catalyst already exists at scale and can be simply ground to a fine powder for large scale commercial use,” concluded Sherrell.

Climate change to create farmland in the north, but at environmental costs
New method to assist fast-tracking of vaccines for pre-clinical tests
Improving treatment of Parkinson's with better brain maps
Reviewing the Decision-Making Behavior of Irrigators