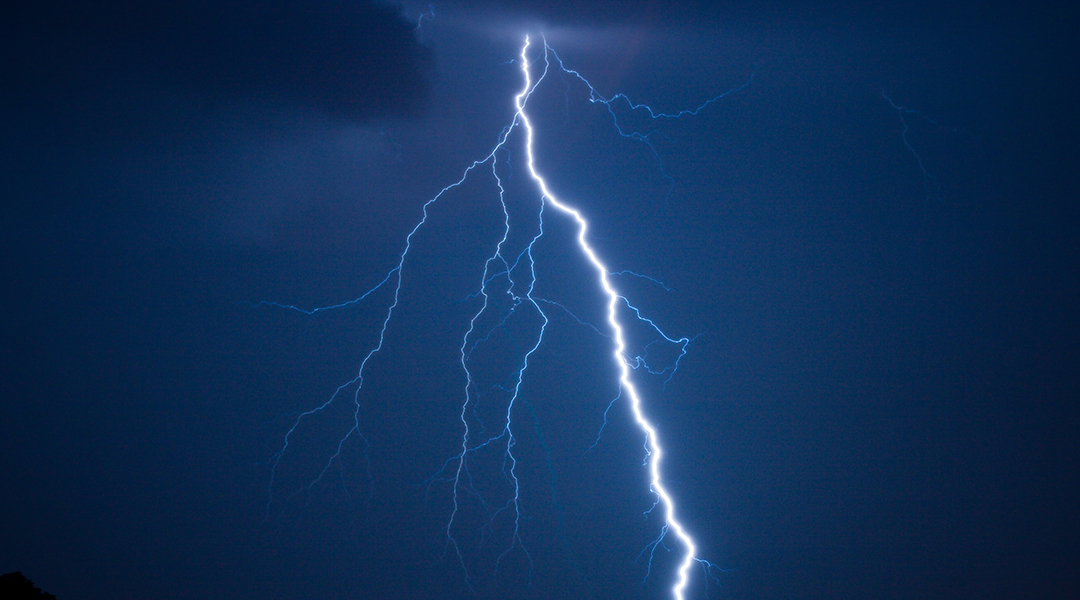 How many of you have a garden in bloom? A greenhouse growing fruit and vegetables, a small farm producing a variety of crops, a vertical horticulture business, or a cannabis production facility? Every year you buy fertilizer to nourish nature’s wonders emerging from the soil, exciting the senses, keeping us happy, alive, and well.

Guess what? Mother nature made fertilizer first and at lightning speed with a gigajoule flash out of the blue. This high energy bolt generates an air channel through which the lightning passes with an associated temperature of around 30,000°C. The lightning flash is energetic enough to form a plasma of excited oxygen (O2) and nitrogen (N2) atoms, ions and molecules, which react together to form ozone and nitrogen oxides that dissolve in rain to form an aqueous solution of nitrates: a vital ingredient for plant growth.

Nature has put all this energy to good use. Purportedly, lightning-induced reactions of atmospheric molecules make more and more complex ones, which are responsible for the creation and evolution of life on earth, sustained by nature’s ability to fix nitrogen.

Currently, around 1% of the global fertilizer supply is ostensibly created by lightning. It has been estimated that each bolt in a thunderstorm converts about seven kilograms of nitrogen into active nitrates. This feat of nature has sparked the vision of using renewable solar electricity to power miniature electrical discharges of air in a plasma reactor that generate nitrogen dioxide (NO2), which dissolves in water to form nitrates that are able to serve as a sustainable source of aqueous phase nutrients for plant and crop growth. Notably, the ozone produced in the discharge acts as a disinfectant and a provider of additional oxygen to the water.

Compartmentalized, self-contained, modular-scale plasma reactors mimic how lightening makes renewable nitrogen fertilizer using sunlight, water, and air, and have recently been reduced to practice by researchers at the University of Eindhoven in the Netherlands. They have developed standalone, small-scale chemical plants that are presently being evaluated in Uganda, Africa for producing on-site nitrate fertilizers. A field test in Uganda is ongoing (see video).

The solar-powered plasma technology utilizes a catalyst-free, gliding arc reactor in which a flow of gaseous N2 and O2 are electrically excited, causing them to react to produce mainly nitrogen monoxide (NO) in the plasma zone. The NO is further oxidized to NO2, which dissolves in water to form a slightly acidic aqueous nitrate NO3– solution to be used after dilution to feed plants. It should be noted that the energy efficiency of plasma-assisted reactors could be enhanced by introducing catalysts into the design — currently the subject of much research.

It is noteworthy that in this style of reactor, the plasma ignites at the narrowest gap between the arc electrodes, traverses the length of the arc by the gas flow, quenches at the wider end of the gap, and the cycle repeats. Of the many reactor configurations, the gliding-arc design is the most efficient and promising for small-scale plasma-assisted nitrogen fixation.

Comparable, stand-alone equipment is under development at VitalFluid, promising commercial do-it-yourself fertilizer production equipment ready for the marketplace in about three to five years. Innovative, small-scale plasma reactor technologies deliver fertilizer at the point of use. They run on renewable electricity and offer advantages to farmers in developing countries. Modular size fertilizer plants are considered cost-effective and resource-efficient; they reduce transportation costs, allow on-site production, and provide versatility of supply and demand. Being modular in construction, one can imagine modular plasma reactors being assembled like Lego building blocks into larger integrated units to deliver stand-alone fertilizer factories designed to drip-irrigate crops, and scale with the agricultural requirement of the farm. Other applications envisaged for these aqueous fertilizers include but are not limited to vertical farming companies and hydroponic fruit and vegetable greenhouses.

As we transition to a net-zero world, it is possible that this emerging and exciting technology, which mimics the atmospheric chemistry in lightning strikes, will catalyze a sustainable agriculture revolution, providing green alternatives imagined for a carbon-neutral circular-food production economy.

You might even discover a consumer targeted micro fertilizer unit in a store near you to help your own garden grow!