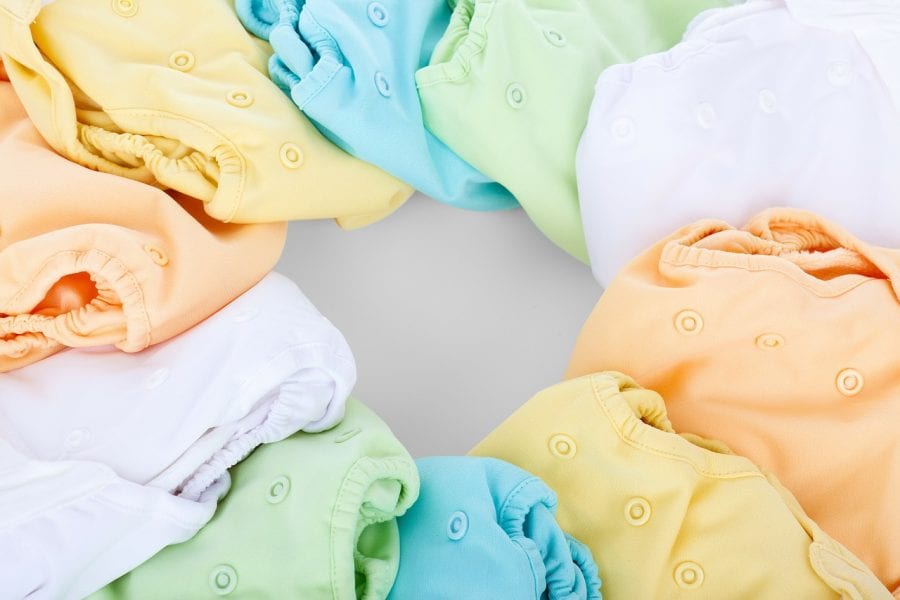 In times of enormous climate change and increasing demand for “green” energy, it is very important to find new ways to produce renewable energy. The most frequently used methods are based on wind or solar power. Hence, those technologies depend on the time of the day and the weather. A nearly unlimited power supply without any time restrictions can be found at deltas, where river water meets seawater. Existing approaches to use this energy are often based on semi-permeable membranes which have the disadvantage of very high installation costs.

Researchers from the Karlsruhe Institute of Technology in Germany now present an alternative method to use this difference in salt concentrations. Instead of semi-permeable membranes they focus on the use of hydrogels. The main advantage of this approach over the conventional osmotic power plant is that hydrogels considerably less expensive than the high tech semi-permeable membranes. This means that the hydrogels are inexpensive to replace in case of pollution (e.g. by seaweed). 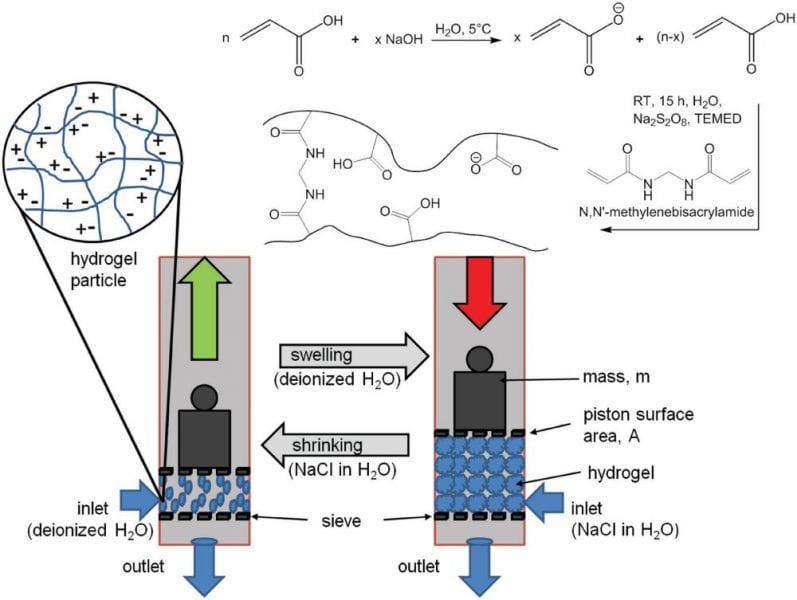 Poly(acrylic acid) based hydrogels can swell up to 100 – 1000 times their own weight in desalinated water due to osmotic forces. Such hydrogels are called superabsorbent materials and are employed in large quantities in sanitary products like diapers. As the swelling is much lower in seawater-like saline solutions than in deionized water, cyclic swelling and shrinking can potentially be used to move a piston in an osmotic motor. Consequently, chemical energy is translated into mechanical energy. This conversion is driven by differences in chemical potential and by changes in entropy in contrast to most thermodynamic engines that rely instead on the conversion of heat into mechanical energy. To optimize the efficiency of this process, synthetic parameters such as the degree of neutralization, the degree of crosslinking and the particle size of the hydrogels were varied. Additionally, different osmotic engine prototypes were constructed. The experiments were evaluated to find the best parameters for the highest power production of 0.23 W kg–1 dry hydrogel, but with further optimization higher values seem realistic.

Artificial chemist 2.0
Stealthy microrobots that can evade the immune system
Polymers clean up mercury, oil spills, nitrogen runoff, and more
Oded Rechavi: “Do anything in your own style, the way you want to do it”