United in Science report says countries need to at least triple their current efforts to meet the targets of the Paris Agreement. 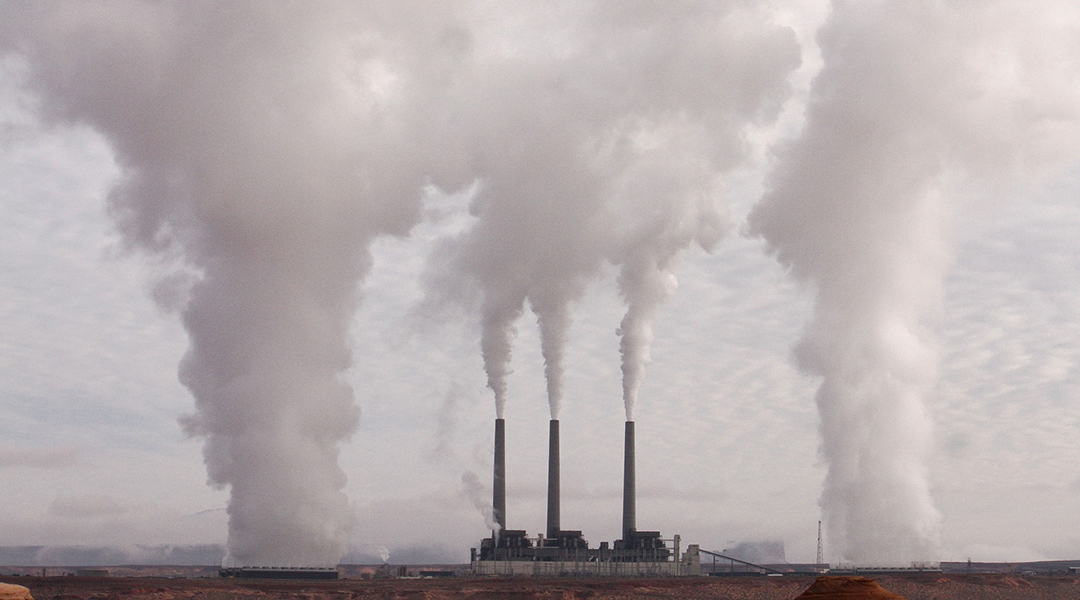 Today marks the beginning of a UN summit on climate, and just as these talks get underway, a United in Science report coordinated by the World Meteorological Organization (WMO) has claimed that current action to tackle climate change by governments across the world is woefully inadequate.

Signatories of the Paris Agreement, signed in 2015, pledge to reduce their carbon emissions enough to keep the global average temperature (GAT) from rising 2 °C above pre-industrial levels, and to prevent the GAT from exceeding 1.5 °C. But the WMO report warns that such goals will not be met if we continue our current plans to mitigate global heating.

The report first highlights some scientific truths of our current situation. 1) The period between 2015 and 2019 was the warmest on record, and in this period the GAT is already 1.1 °C above pre-industrial levels. 2) The impacts of climate change are hitting harder and happening much sooner than what was predicted only a decade ago. 3) CO2 emissions continue to grow, with 2018 showing the highest emission levels on record. And finally, and perhaps the most alarming for world leaders as they meet in New York this week, that under current decarbonization plans, the GAT is still set to rise to between 2.9 and 3.4 °C by the end of this century.

There’s no beating around the bush—this fourth point is reason to panic. The last time the earth was 2–3 °C warmer than today was about 4 million years ago, which saw Greenland and West Antarctica free of ice sheets, causing sea levels to rise between 10 and 20 meters.

If the end of the century still seems far-off and abstract for this to happen again, the concentration of CO2 in the Earth’s atmosphere 4 million years ago contained 400 ppm—by the end of this year, that concentration is set to exceed 410 ppm. In other words, climate change is already in full swing, and will not abate any time soon—as if sufferers of the last two years’ unprecedented heatwaves need to be told this.

The WMO report estimates that under current trajectories, carbon emissions are still not set to peak in 2030, meaning more CO2 in the atmosphere, a higher ppm concentration, higher GATs in the coming years, all within the time frame that the IPCC’s 2018 report warned was the closing window of opportunity to reverse these trends; it said we have 12 years (now 11) to reverse carbon emissions, but our current carbon-reduction plans are in fact set to only increase carbon emissions until 2030.

“Let’s face it, we have no time to lose,” were the words of UN secretary general António Guterres ahead of this week’s summit.

The urgency of this statement was far from underestimated in the WMO report. The doomsday scenario envisaged by the initial assessments of our current situation make for frightening reading, but they’re by no means inevitable. This is where the next major conclusion of the report comes in; given this accelerated pace of climate change and trajectories based on current action plans, these plans would need to increase threefold to keep the GAT below 2 °C above pre-industrial levels, and increase fivefold to keep the GAT below 1.5 °C. What this means is commitments made to meet the goals of the 2015 Paris Agreement have for the past half-decade fallen woefully short of what is actually needed.

But it is not too late. If the Fridays for Future movement has shown us anything, it is that there is a growing awakening across the planet of people seeking radical systemic change to tackle what is perhaps the most critical issue not just of this century, but perhaps in the history of our species; after all, Homo sapiens didn’t exist 4 million years ago.

We are now living on a planet with climate conditions markedly different than the conditions which allowed our species to evolve in the first place. This is uncharted water indeed, and as world leaders gather for this week’s UN summit, the only meaningful agreements would be carbon-reduction plans as radical as the difference between the Earth’s climate 300 000 years ago, that allowed human beings to flourish, and the Earth’s climate now, that threatens our very future.