Could restoring peatlands be key to saving the planet?

Peatlands are among the most valuable ecosystems on Earth but when damaged are a major source of greenhouse gas emissions. 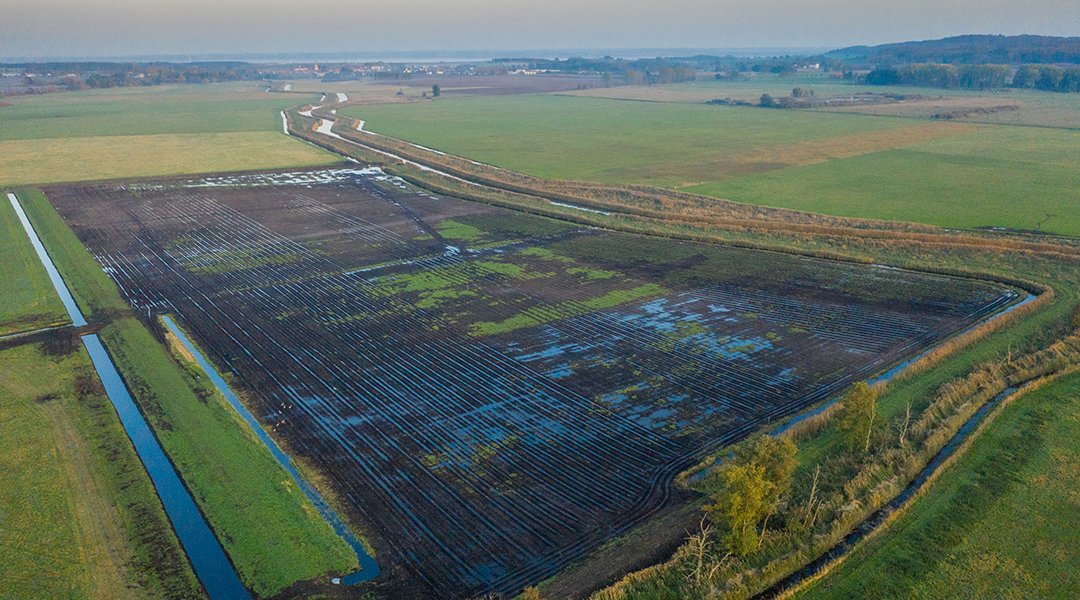 While historically the world’s peatlands were considered cumbersome wastelands, a new appreciation for these complex ecosystems and the role they play in regulating our climate has evolved in recent years.

Perhaps your familiarity with peatlands comes from the infamous “bog bodies”, which were buried and perfectly preserved in bogs around the world for thousands of years. From an ecological perspective, peatlands are recognized as harsh, intricate, and diverse habitats in which waterlogged conditions prevent plant material from fully decomposing due to lack of oxygen. As a result, organic matter, like plants, get trapped and buried along with the carbon captured from the air.

As a result of this carbon capture capability, peatlands actually play a critical role in regulating the world’s climate. Covering 3% of the world’s land surface, they store twice as much carbon as forests and help to stabilize the planet’s carbon cycle.

However, when it comes to research and policy aimed at mitigating the disastrous effects of climate change, peatlands have been largely left out. According to experts, like Dr. Franziska Tanneberger, researcher at the Institute of Botany and Landscape Ecology, Greifswald University and co-director of the Greifswald Mire Centre, they have been overlooked for far too long.

“It struck me most when I was attending the United Nations Climate Change Conference in 2018 and realized that among the 20,000 participants there were probably only two handfuls of people with sound peatland knowledge,” she said in an email.

Tanneberger got her start studying the vast peatlands of Western Siberia, exploring their biodiversity and threatened species. However, she says, her focus has shifted in the last decade to center more on the relationship between these wetlands and climate. “I realized that it is an important responsibility to protect and restore peatlands in Europe. In my own country, Germany, more than 90% of all peatlands have been drained. Intact peatlands are a long-term carbon sink and drained peatlands are a vigorous source of CO2. We need to pay far more attention to this!”

In a recent study published in Advanced Sustainable Systems, Tanneberger and her colleagues explore how restoration of peatlands across Europe could help the EU reach its ambitious sustainability and emissions goals. “Because of the multiple types of environmental damage caused by peatland drainage, these lands are … at the core of the EU’s key environmental problems: greenhouse gas emissions, nitrogen pollution, and biodiversity loss,” they wrote.

“The majority of peatlands are drained for agriculture,” said Tanneberger. “Historically, in many regions this is connected to a paradigm that land has to be dry for farming. And of course, it is easier to walk and drive on dry land.” She also added that peatlands are drained to a smaller extent for forestry, infrastructure and settlement construction, as well as peat extraction for fuel burning.

When drained, the compressed organic matter begins to decay and release carbon dioxide, adding more greenhouse gases to our already overloaded atmosphere. But these problems can largely be solved by stopping drainage and rewetting the land.

Since peatland drainage causes severe physical and chemical degradation of the soil, we can only realistically return a small portion of the degraded peatlands back to their natural states, said Tanneberger. However, these restoration practices have been shown to bring back key “environmental services” such as carbon storage and sequestration.

Given the globally increasing competition for land, in many peatland regions a simple cessation of land use is not an option. But all is not lost, as this instead means integrating conservation and restoration efforts with sustainable land-use practices. One such example is through “paludiculture”, in which wetlands are used to grow crops that are adapted to water-logged conditions, such as reeds, cattail, peatmosses, and alder trees. This allows these lands to sustain rural livelihoods while retaining and restoring wet grasslands as hotspots for biodiversity, say the authors.

“I am convinced that we need to offer solutions that combine environmental, economic, and societal benefits,” added Tanneberger. “We may restore and rewild peatlands and reward land owners for biodiversity and climate benefits. Or we — land owners, farmers, foresters and scientists together — may further develop production on rewetted peatlands. This is why the Greifswald Mire Centre is pushing for paludiculture … and this is what the new Common Agricultural Policy of the European Union must address if it takes its own climate and biodiversity objectives seriously.”

What’s promising is that awareness and support for peatland rewetting is increasing, with a milestone reached last year when the United Nations Environment Assembly (UNEA) resolution on “Conservation and Sustainable Management of Peatlands” was adopted by all UN member states. The resolution acknowledged the contribution of peatlands to the implementation of the 2030 Agenda for Sustainable Development.

High performance supercaps made from cotton waste and seawater
Think with your heart: A new era of biocomputing
How do we know if our adaptations to climate change are successful?
Seeking life on Mars: What you need to know about the Perseverance mission