Could planets with underground oceans be concealing alien life?

Planets that contain subsurface oceans could be a potential treasure trove of life, expanding the number of habitable planets in the galaxy. 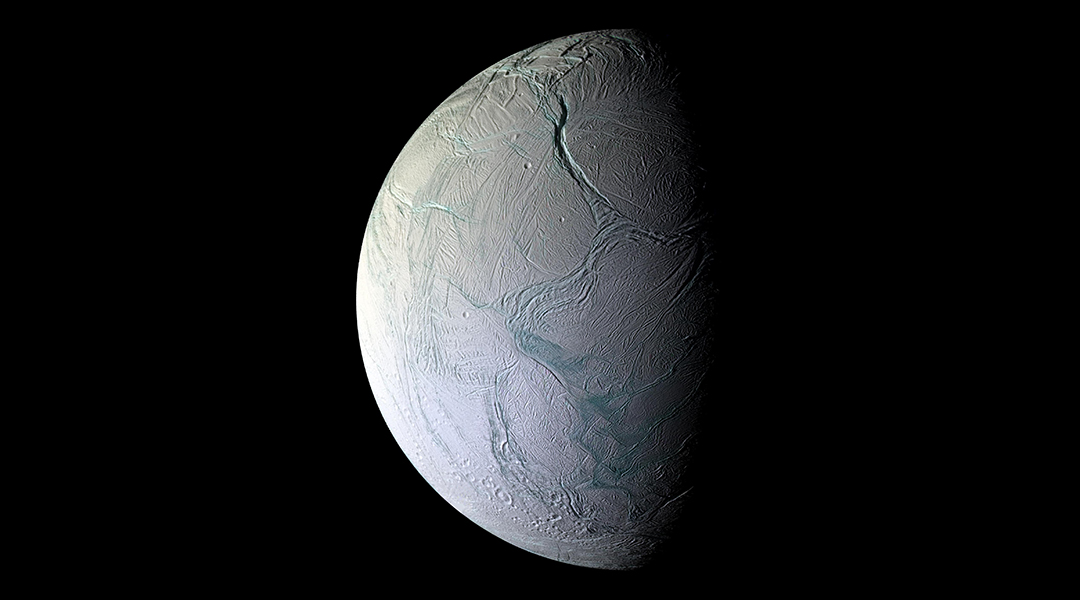 When searching for life on other planets, astronomers generally apply a broad set of criteria to determine if a planet is habitable, which includes the presence of liquid water usually on the planet’s surface. But many argue that these assumptions lead to a very narrow view of what makes a planet habitable, given that all the criteria are based on life on Earth as we know it.

Perhaps one of the most profound discoveries in astronomy within the last 25 years was that worlds exist in which oceans (yes, oceans) are trapped beneath protective layers of rock and ice. While this might initially sound strange, we don’t have to look beyond our own solar system for multiple examples, which include Saturn’s moons Europa, Titan, and Enceladus, as well as the dwarf planet Pluto.

While sunlight might not penetrate these planet’s rocky shells, hydrothermal activity on the ocean floor could provide ingredients, such as heat and nutrients, to support life. “Plumes of water erupt from Europa and Enceladus, so we can tell that these bodies have subsurface oceans beneath their ice shells, and they have energy that drives the plumes, which are two requirements for life as we know it,” said Dr. Lynnae Quick, a NASA planetary scientist who specializes in volcanism and ocean worlds. Many origin-of-life scientists believe that this is the place where life could have started on Earth, so the hypothesis is not very far-fetched.

It is actually Earth that is an uncommon type of water world because its oceans are on its exterior, writes planetary scientist S. Alan Stern. “In contrast, an increasing number of worlds in our solar system have been shown through gravitational, magnetic, or geological/geophysical evidence to indicate that they likely contain interior water oceans,” he said.

For planets like Earth to support life, they must reside within what is known as a star’s habitable zone, which is a narrow distance range that maintains specific temperatures to preserve surface oceans. However, it is speculated that these interior water worlds could be conducive for life as they provide “independence” from their host star — i.e., they don’t need to be restricted to a habitable zone — and provide a stable, protected environment that is safe from external threats (say, an asteroid that might wipe out its dinosaurs) as they are protected by a roof of ice and rock, typically several to many tens of kilometers thick.

“Interior water ocean worlds are better suited to provide many kinds of environmental stability, and are less likely to suffer threats to life from their own atmosphere, their star, their solar system, and the galaxy, than are worlds like Earth,” said Stern.

This could greatly expand the number of habitable worlds likely to exist across the galaxy as an analysis by NASA last year indicates that these ocean worlds could in fact be quite common. This could also help crack the “Fermi Paradox“, which is a contradiction between high estimates for life on other planets and an apparent lack of evidence for said life.

While an exciting prospect, the protective layer of ice and rock, which creates stable environments for life, also sequesters that life from easy detection, said Stern. To gain more insight, NASA’s Europa Clipper (planned for launch in the 2020s) will aim to explore the surface and subsurface of Europa to learn more about the environment beneath the surface. “The more scientists can learn about Europa and other potentially habitable moons of our solar system, the better they’ll be able to understand similar worlds around other stars — which may be plentiful,” write NASA scientists.

“Future missions to look for signs of life beyond the solar system are focused on planets like ours that have a global biosphere that’s so abundant it’s changing the chemistry of the whole atmosphere,” says Aki Roberge, a NASA Goddard astrophysicist. “But in the solar system, icy moons with oceans, which are far from the heat of the Sun, still have shown that they have the features we think are required for life.”