Post-combustion CO2 capture presents a great opportunity to reduce emissions, but some hurdles still exist before widespread deployment can be considered. 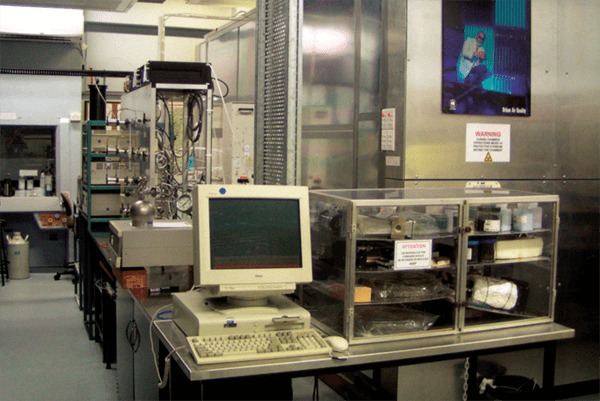 From the Spring 2014 issue of Cornerstone, the Official Journal of The World Coal Industry. Check out the magazine online at www.cornerstonemag.net

In recent years, there has been movement at both the national and international levels to regulate atmospheric emissions of CO2. Several potential technologies for carbon capture and storage (CCS) could dramatically reduce global CO2 emissions from fossil-fueled power plants and other large energy-intensive industries. The successful widespread deployment of post-combustion CO2 capture (PCC) presents an opportunity for fossil fuel-based economies to significantly reduce their CO2 emissions while continuing to use their abundant natural resources. In addition, PCC will likely reduce the emissions of criteria pollutants such as SO2 and NOx. Although the potential of PCC to reduce global CO2 emissions is undeniable, and PCC is moving forward, some hurdles still exist that must be considered before widespread deployment can occur. For example, it is critical to understand, characterize, and regulate any potential emissions that could be caused by the application of PCC technologies.

Figure 1. A generic process diagram of a CO2 capture system.

Amine-based PCC from power plant flue gas is widely recognized as the most advanced PCC technology and will likely be one of the best approaches to dramatically reduce emissions from the existing fleet of power plants (see Figure 1 for a general process schematic). In PCC the flue gas is usually pre-treated to reduce the temperature (typically to 30–50oC) and also remove components which might interfere with the CO2 capture process. The flue gas is then brought into contact with the aqueous amine-based liquid absorbent in the absorber column. This absorbent reacts with the CO2 and is subsequently pumped to the desorber (i.e., regenerator) column. In the desorber column the CO2 is released from the liquid absorbent as a result of the higher temperature (typically 100–120oC). The absorbent is then pumped back to the absorber column for the next cycle.

Aqueous amine absorbents have been used to capture CO2 and other acid gases for many years in the oil and gas industry. Significant PCC R&D progress has been made over the last decade, resulting in a 25% reduction in the energy consumption of the capture process.1 The technology is available from at least 10 vendors, although it is yet to be tested at full scale.2 This technology is now ready to be applied to capture CO2 from flue gas streams of fossil-fueled power plants in demonstration projects such as the 110-MW Boundary Dam project, which is expected to come online in the spring of 2014.

There is a potential for amine losses and solvent degradation during PCC operation at gas- and coal-fired power plants. This article is focused on the concerns associated specifically with coal-fired power plants. A typical 400-MW pulverized coal-fired power plant produces about one million m3 of flue gas per hour. This gas is made up of primarily N2, CO2, H2O, O2, NOx, SOx, fly ash, and other flue gas constituents. Many of these impurities can be removed using commercially available air pollution control technologies. However, the remaining constituents not captured upstream of the CO2 capture could affect PCC operation. For example, during the amine absorption process, the solvent can degrade due to interaction with some flue gas constituents. Oxygen, acid gases, and particulates can react with the solvent to produce by-products that will reduce the CO2 capture efficiency. Some of these by-products are volatile and have the potential to be emitted into the atmosphere. The large quantity of flue gas that must be treated during PCC capture presents a technical and scientific challenge, particularly when impurities already present and new impurities formed need to be taken into consideration.

Non-volatile compounds, which do not evaporate, such as heat stable salts (HSSs), large polymeric compounds, and suspended particles can also accumulate in the PCC system. The non-volatile compounds cannot absorb CO2 and must be removed from the solution because they affect the physical properties of the solvent and can lead to corrosion and foaming.3 To reduce the impact of by-product formation in the solvent, a slipstream of the contaminated solvent is drawn to a reclaimer. The contaminated amine solution can contain a complex mixture of chemical compounds that must be identified and quantified prior to disposal.

Amine-based PCC pilot plant studies as well as several laboratory-scale studies have reported the presence of different by-products formed by complex chemical reactions occurring between the flue gas constituents and amines at different sections of the plant.4–6 Some of these by-products have the potential to be directly released from the plant as gaseous compounds; others could be entrained in droplets to reach the atmosphere. Once in the atmosphere, amines and their degradation products can undergo further chemical reactions to produce new products, some of which may be toxic.7–9

For amine-based PCC plants, therefore, identification and quantification of major degradation products of health and environmental concern are required. Any potential risks associated with these releases should be identified and mitigated before PCC systems are widely deployed.

Fortunately, the assessment of the potential health and environmental impacts of amines and amine degradation products being released to the atmosphere from PCC plants is becoming the focus of research around the world.10 This research is needed to reduce gaps in the current knowledge and to provide a better understanding of the various issues related to the atmospheric fate of amine release to the atmosphere.

Understanding and controlling amine losses is an important aspect to successfully operate and safely deploy a PCC plant. Amine losses will affect the economics of operating the plant due to chemical costs associated with replacing the solvent. In addition, increases in amine losses will increase the subsequent environmental concerns. The amine losses stem from:

Generally, amine loss through degradation is the greatest concern; most other mechanisms for amine loss generally can be minimized through correct design.

Solvent degradation is a challenging issue that can affect the rate of CO2 capture and can increase corrosion rates, reducing equipment life and increasing the cost of the PCC, and also lead to unwanted emissions of by-products.11,12 For monoethanolamine (MEA), a common and widely studied amine solvent, the two recognized degradation pathways are (1) oxidative degradation driven by O2 and other constituents in the flue gas13 and (2) thermal degradation.14

It has long been recognized that CO2, O2, SOx, NOx, and other compounds in flue gas from coal-fired power plants can undergo complex chemical reactions with MEA to produce different degradation products. In addition, the presence of selected trace metals such as Fe and Cu was found to catalyze the amine degradation.15 Several compounds, such as ammonia, aldehydes, amides, and hydroxyacetaldehyde, have been identified as the primary products resulting from amine degradation.16 Reactions between aldehydes and O2 produce carboxylic acids that may dissociate in the solution to form HSS. In addition, ammonia formed by solvent degradation reacts with MEA in the presence of O2 to form amides and alkylamines.

Nitrosamines and nitramines, which are carcinogenic compounds, have also been reported as possible degradation products.17–19 Although this is cause for concern, the actual risks are unclear because it is not well understood how much of these substances will be formed and emitted during the capture process or formed in the atmosphere after emission. It is known that nitrosamines readily break down in the atmosphere under the influence of sunlight, while nitramines have longer lifetimes. Clearly, much more research is needed on the identification and quantification of nitrosamines and nitramines.

Additionally, more research is needed to understand the effects of fly ash transition metals on the degradation of amines, although the majority of such metals should be captured upstream of PCC.19

Amines in the Atmosphere

If amines, which are reactive organic compounds, are emitted from the PCC plant, they and their degradation products can undergo chemical and physical transformation in the atmosphere. As a result, secondary compounds will be formed that can be transported. The nonlinear chemistry of the process of the secondary-pollutant formation makes it difficult to predict these anticipated species and their concentrations. It has been reported that ammonia (NH3), aldehydes, amides, and secondary aerosols can be produced.7

Despite substantial efforts over the last few years to elucidate the atmospheric chemistry of amines, the oxidation mechanisms of these compounds—in particular, the basic formation of selected secondary compounds and growth mechanisms of secondary aerosols—are still poorly understood. Numerous oxidized species have been identified in the gas and aerosol phases, but the formation mechanisms for many species still remain speculative and the full carbon balance is yet to be completed.

To better understand amine degradation by-products and how they might behave once emitted from a power plant, CSIRO employed a combination of experiments and simulations. The CSIRO smog chamber, shown in Figure 2, was used to carry out experiments under a controlled environment to study reactive organic amines. Experiments were generally conducted at concentrations and humidity representative of atmospheric conditions. The results were then used to model the degradation of reactive compounds and formation of secondary compounds.

Using data collected in the smog chamber, a simulation was run using the CSIRO coupled, three-dimensional meteorological, emission, and chemical-transport modeling system. A coal-fired power plant in New South Wales was selected as the base case plant. Select emissions with and without PCC are provided in Table 1.

Table 1. Emissions of select compounds from a coal-fired power plant with and without PCC.

The deployment of CCS technologies could drastically decrease CO2 emissions from fossil fuel-fired power plants and would allow for coal and other fossil fuels to continue to be used to meet future energy demand in a carbon-constrained world. Amine-based post-combustion capture of CO2 technology is a readily available technology, but it is important that emissions from the deployment of PCC meet implemented air quality regulations.

The deployment of PCC will reduce SOx, NO2, and particulate emissions of coal-fired power plants. However, some other emissions could be generated in the process and may be emitted to the air if appropriate control technologies are not adopted.

We recommend that analysis of the potential health and environmental risks associated with the emissions from a PCC plant be considered as the basis for qualifying future operation of a PCC plant. Operation and technical mitigation measures, as necessary, are recommended to reduce the anticipated impacts.

We also suggest that regulatory agencies should specify maximum acceptable levels of PCC-related emissions for specific regions. Emissions of carbon monoxide (CO), NOx, SO2, hydrogen fluoride (HF), hydrogen chloride (HCl), and particulate matter (PM) from the flue gas are already authorized under existing air permits issued by regulators, and a similar model could be followed for PCC-related emissions. Once more information related to their emissions is conclusive and available, current air quality guidelines may need to be updated to include limits for NH3, nitrosamines, and nitramines. More generally, PCC-related emissions need to be better understood before PCC is widely deployed.

The first author can be reached at merched.azzi@csiro.au.