This symposium is a meeting place of academia and industry for discussing current trends and requirements of a battery's life from cradle to grave. 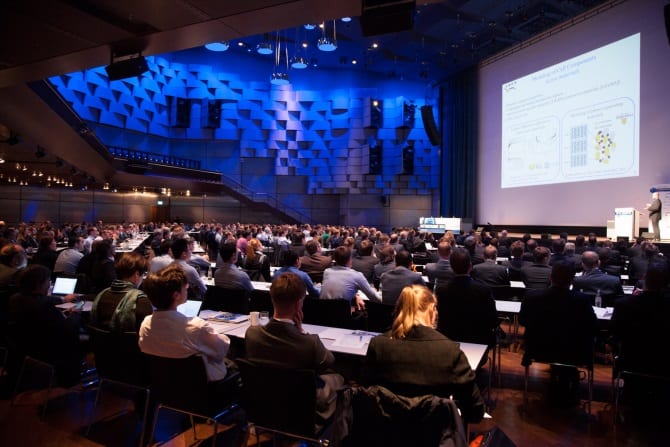 The number of conferences on battery-related topics is already quite high and increasing; they cover diverse topics, ranging from the development of electrode materials and electrolytes to solutions of technical implementations. Among these, the international symposium “Advanced Battery Power” could be called special in this respect: it is conceptualized to be a meeting place of academia (especially for young scientists) and industry for discussing current trends and requirements of a battery’s life (for example, in electromobility) from cradle to grave. Since energy conversion and storage is a topic of importance for societies in general, political interest is also high for these discussions to be successful.

The symposium consists of two parts tightly knit together, in which different aspects of batteries are emphasized. One part consists of the North-Rhine Westfalia battery day, in which industry and politics showcase the current state-of-the-art battery technology, technologies required for moving from petrol-based mobility to electromobility as well as equipment to analyze and solutions for the various stages of a battery’s life cycle. However, they take a back seat in the conference following the battery day, where the focus is purely on science and research both in academia and industry.

The event is alternately hosted by the Münster Electrochemical Energy Technology (MEET), Germany, and the Institute for Power Electronics and Electrical Drives (iSEA) at the RWTH Aachen, Germany. This year it was iSEA’s turn, headed by Professor Dirk Uwe Sauer from RWTH Aachen, to organize it, doing a marvelous job together with Haus der Technik (HDT). Next year, it will be held in Münster (starting on the 25th of April).

The popularity of the event increases each year, with numbers of participants and exhibitors invariably reaching record numbers. This year, more than 650 representatives from science, research, and industry came together to discuss current developments in energy storage, and thirty companies presented their recent advances and showed how their knowledge could contribute to the successful development of efficient energy storage. Among the first companies to show their technologies were Scienlab electronic systems, Maschinenfabrik Gustav Eirich, PEC NV, WKM, and Gigatron, providing tools for preparing slurries, realistic test environments, and preparing large-scale batteries. 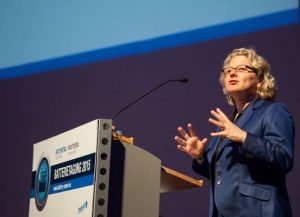 Mrs. Svenja Schulze, minister for innovation, science, and research of North-Rhine Westfalia, Germany, during her speech on the battery day. Image copyright Kremer, together concept.

On the battery day, Svenja Schulze (minister for innovation, science, and research of North-Rhine Westfalia) emphasized the importance of electrical energy storage as the central challenge for the future when decentralized energy production through wind and sunlight will dominate. This change to energy obtained from fossil fuels to renewable sources will in turn influence our mobility, for which batteries used in electric vehicles will play an important role. In this respect, North-Rhine Westfalia is positioning itself through the formation of centers with competences in materials development (MEET, led by Professor Martin Winter), vehicle technology (Institute for Vehicles (iKA), Aachen, led by Professor Lutz Eckstein), and infrastructure and compatibility with the electric grid (ie3, Dortmund, led by Professor Christian Rehtanz). On the same day, well-received seminars on the basic knowledge of batteries, lithium-ion batteries in general, and modelling and simulation for battery technology allowed for an intensive training on and an overview of current battery research. 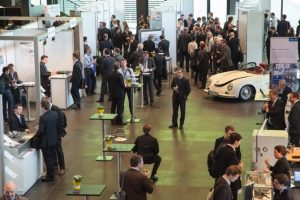 Exhibition area during one of the poster sessions. Image copyright Kremer, together concept.

The scientific part of the meeting, “Kraftwerk Batterie – Advanced Battery Development for Automotive and Utility Applications and their Electric Power Grid Integration”, was held on the 28th and 29th April, which was attended by 450 national and international participants. In addition to this record number compared to last year’s (220), a high number of papers (210) were submitted. Out of these submissions, the international advisors (among them Professors M. Winter, D. U. Sauer, S. Passerini, P. H. L. Notten, and J. Janek; for a full list, please click here) selected 60 for presentations and roughly 170 for the poster sessions, which form an integral part of the conference. This was highlighted by the buzz created around the posters in each break, which were longer than usually. The scientific presentations were held in English, generally by young scientists. The organizers stressed that contributions from industry were not allowed to be used for sales purposes, emphasizing the goal to achieve real progress in battery development and application.

A special event was a joint session with i-WING in Dresden, a conference on materials and innovation organized by the Federal Department of Education and Research (BMBF). In addition, the scientists met in the evening in an informal atmosphere, where discussions continued. 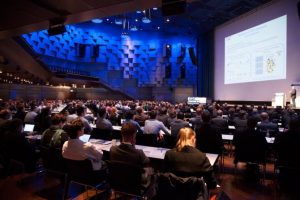 On the first day, plenary lectures were held by Charles Delacourt (University of Picardie, France), Dr. Margret Wohlfahrt-Mehrens (Center for Solar Energy and Hydrogen Research Baden-Württemberg, Ulm, Germany), and Masanori Kitamura (GS Yuasa Corporation, Japan) on topics as diverse as physics-based modelling, materials development, and advances in battery technology. During the joint session with i-WING, a very interesting mixture of presentations were from Professor Martin Winter (chances and reality of Li-ion batteries and their successors), BASF (insights on an integrated approach to batteries from a producer’s perspective), BMW (requirements for batteries in electromobility), and Roland Berger Strategy Consultants (current state-of-the-art batteries and view of the future). 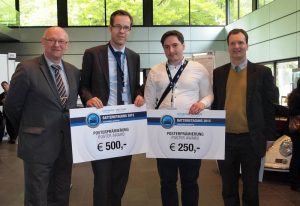 These plenary presentations were followed by three parallel sessions, which were grouped into applications, lithium-ion cells, battery production, and battery systems. The topics covered in the presentations were as diverse as materials development, modeling of components and usage, construction of real batteries and their safety, theory and fundamentals, diagnostics and management, or calendar and cycle life. This demonstrates, how complex the implementation of batteries in every day’s life is and how many different fields have to be brought together to achieve this goal. This is also demonstrated by this year’s winners of the poster prizes (sponsored by HdT): Daniel Burow (VW AG) received €500 for his work on “Inhomogeneous Aging Effects during Low-Temperature-Cycling of Graphite Anodes in Lithium Ion Cells”, whereas the €250 prize went to Joern Wilhelm (Technical University München) for his poster “Current Distribution and Local Potentials of a Modified Commercial Battery Test-Cell”. Finally, the third prize of €125 was given to Dennis Wittmaier (DLR – national aeronautics and space research center, Germany) for his studies on “Bifunctional, Carbon-Free, and Co3O4 Modified Silver and Nickel Electrodes for Lithium-Air Batteries”.

To conclude, if one is interested in a holistic view of battery research and upcoming trends and advances, one should bookmark the next event on 25th – 27th of April 2016 in Münster, Germany.

Searching for New Hydrogen Production Pathways
Nobel Prizes 2019: Chemistry
Electrolysis of seawater to make hydrogen
Where in the world will direct air capture be most effective?