US engineering company Lockheed Martin has reported that it has developed a new design for a fusion reactor that could be in use in a decade. 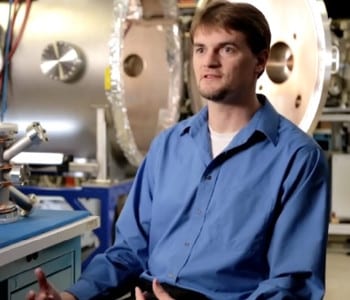 As the US engineering company Lockheed Martin reports, its Skunk Works team is working on a new compact fusion reactor (CFR) that can be developed and deployed in as little as ten years. Currently, there are several patents pending that cover their approach.

While fusion itself is not new, the Skunk Works has built on more than 60 years of fusion research and investment to develop an approach that offers a significant reduction in size compared to mainstream efforts.

“Our compact fusion concept combines several alternative magnetic confinement approaches, taking the best parts of each, and offers a 90% size reduction over previous concepts,” said Tom McGuire, compact fusion lead for the Skunk Works’ Revolutionary Technology Programs. “The smaller size will allow us to design, build and test the CFR in less than a year.”

After completing several of these design-build-test cycles, the team anticipates being able to produce a prototype in five years. As they gain confidence and progress technically with each experiment, they will also be searching for partners to help further the technology.

Headquartered in Bethesda, Maryland, Lockheed Martin is a global security and aerospace company that employs approximately 113,000 people worldwide and is principally engaged in the research, design, development, manufacture, integration and sustainment of advanced technology systems, products and services.