The colorful markings on birds' wings act as signals to help them avoid perilously crashing into one another when flying in large groups. 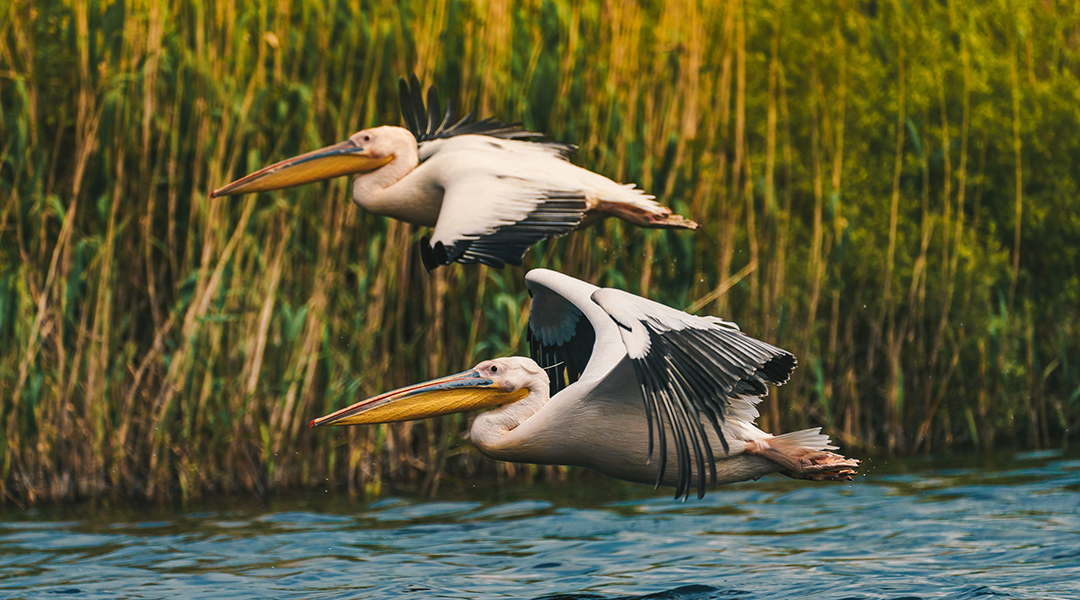 The presence of predators, as well as local and distant migrations, call for birds to flock together. While birds may bump into planes, windmills, and wires, massive flocks often fly together without incident. A new study found that pronounced patterns on colorful ventral wings — the feathers located beneath the wings, near where they join to the body — help large birds steer clear of each other during flight.

“I believe that this study aids in improving our understanding on the different aspects that drive color evolution in birds,” said Svana Rogalla, of the Basque Centre for Biophysics, in Spain, who was not involved in the study. “Signaling functions so far have mostly been studied in the dorsal parts of animals, those that are most visible, while different effects of ventral wing coloration remain mostly unstudied.”

The signals birds employed to avoid perilously crashing into each other mid-flight had remained opaque. Michael Griesser of the University of Konstanz, in Germany and colleagues at Sun Yat-sen University, in China sought to test whether coloration on the underside of bird wings act as visual signals to avoid collision. Patterns on these ventral wings are usually visible only in-flight.

The researchers used a global database comprising 3498 images of the ventral wings of 1780 bird species to identify any contrasting color patterns. Using statistical analyses, they accounted for relationships between bird species, given that related species may look alike. Their main question: Did the ventral wings have two or more distinct colors or were they more uniformly patterned, with only one color?

Larger species of birds had markedly colorful ventral wings compared with smaller bird species. Moreover, larger birds that breed in colonies were more likely to have contrasting patterns on their ventral wings than birds that do not. “This result likely reflects that in colony breeding species, a large number of individuals move individually from and to the same location,” said Griesser. “Thus, these species benefit from visual signals that reduce the collision risk.”

Weighty birds, such as the pelican and condor, are less responsive at short notice and are unable to make quick turns. Ventral wings with striking patterns might make birds more visible while take off and flight. Further, these colorations were found across unrelated species, implying that these visual signals evolved independently.

Surprisingly, ventral wings did not appear to act as visual signals in smaller birds. “This likely reflects that smaller species are more maneuverable than larger species,” added Greisser. It’s possible that these birds may also engage other signals to avoid collisions.

While the study identified patterns and connections, it did not provide “causal insight into these patterns,” according to Griesser. More experiments are needed to clarify the mechanisms underlying collision avoidance in birds.