Colloid transport through soil: Moving through “gaps” with “waves”

How small particles, such as colloids, move through the soil is important to understand as many pose a significant threat to public and environmental health. 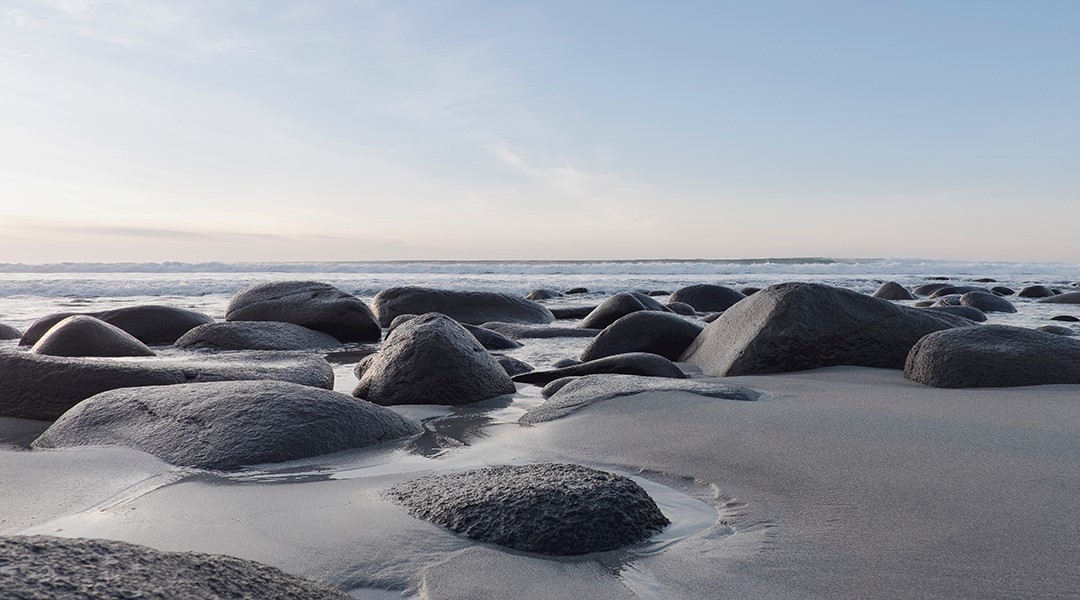 In the vadose zone (the zone between the land surface and groundwater table), soil mineral particles provide a solid matrix — the supporting “rocks” — between which air and water flows. Water that infiltrates into soil often contains suspended colloids composed of inorganic (e.g., clays, metal oxides, mineral precipitates), organic, or microbial materials. Colloids are small particles that cannot be seen with the naked eye, but they can pose a significant threat to public and environmental health because many known environmental pollutants, such as radionuclides, heavy metals, pesticides, herbicides, and excess nutrients, as well as pathogenic viruses and bacteria can attach to and move with colloids.

In a recent study published in WIRES Water, Professor Chaozi Wang from China Agricultural University and Professor Helen Dahlke from the University of California, Davis, and their colleagues reviewed the state of the current research on macroscale phenomena and microscale mechanisms of colloid transport through soil and other porous media under transient flow — like the waves moving over the seashore in our cover image.

Colloid transport in the vadose zone under transient flow is of special interest because it is more complicated than under saturated conditions, when pores are fully filled with water, or unsaturated conditions, when pores are mainly filled with air and water only trickles through the vadose zone. Transient flow resembles more closely the wetting and drying patterns natural soils undergo in response to rainfall, snowmelt or irrigation events, which have been shown to mobilize more colloids than the other flow regimes mentioned above. Hence, understanding and predicting colloid transport processes under transient flow is important for mitigating environmental pollution.

The wetting and drying cycles that transient flow creates in the vadose zone causes sudden changes in the local distribution of water and air and capillary forces.  Similar to the advancing and receding waves on a shore, these changes in water, air and forces affect the attachment and detachment of colloids at various interfaces, and with that the amount of colloids that are retained in the soil or mobilized with the water flow. During drainage, colloids can get resuspended into the receding water when the drying front scours the soil grains; but they can also get retained within thin water films covering the soil grains that are left behind. During re-wetting, the incoming water increases the thickness of water films around soil grains, releasing film strained colloids; but incoming water also carries new colloids into the system, that can attach to soil grains at newly available sites cleared by the previous drying front.

In the current study, we found that the soil structure and soil heterogeneity play a much greater role in colloid transport under transient flow conditions. This is because natural soils often contain macropores that support rapid transport of colloids and water flow through the soil matrix. The large gaps between the rocks in our cover image resemble macropores in the soil matrix. When water flows through macropores, colloids are mobilized by the moving water; however, when the water content is too low to allow flow in macropores, colloids move with the remaining water to smaller pores and are filtered by the soil matrix along the way. Occurrence of macropores in the vadose zone can be determined based on the earlier arrival of the colloid concentration peak compared to the water discharge peak.

Our review shows that many colloid transport processes in flow transients are still poorly understood and quantified. This is in part due to a lack of laboratory studies able to observe these processes at the spatial-temporal time scales they occur at, highlighting that future laboratory and field studies should focus on these short-lived but often abrupt changes in soil water content, flow velocity, and pore water chemistry. New visualization and sampling techniques have been developed to more accurately track transport pathways of colloids and attached contaminants. For example, novel DNA-labelled particle tracers could deliver an unlimited number of uniquely identifiable colloids of custom sizes and surface properties to study the transport pathways of colloids from different source locations under different wetting-drying stages.

This lack of understanding of how colloids move in a drying or re-wetting vadose zone presents a challenge to numerical modelling, which is commonly used to evaluate different contaminant transport and mitigation scenarios.  Most colloid transport models simplify the processes by simulating transport under the same, non-changing wetness conditions (i.e. steady-state conditions) and only a few models have attempted to simulate colloid transport under varying conditions. This is because under non-changing wetness conditions, water flow is a function of location only for which analytical solutions are available, while under transient flow conditions, water flow is a function of both location and time. For this case, not many analytical solutions are available. New numerical solutions could be developed by openly sharing experimental results and model codes.

Using bacteria to separate oil and water
A Circular, Bio-Based Plastic Economy
Water, reciprocity, and the anthropocene in the Himalayas
An oil-absorbing sponge removes oil droplets from hot wastewater