Cold-inducible RNA binding protein (CIRP) in human cancers is reviewed, where it has been implicated in tumor suppression and promotion. 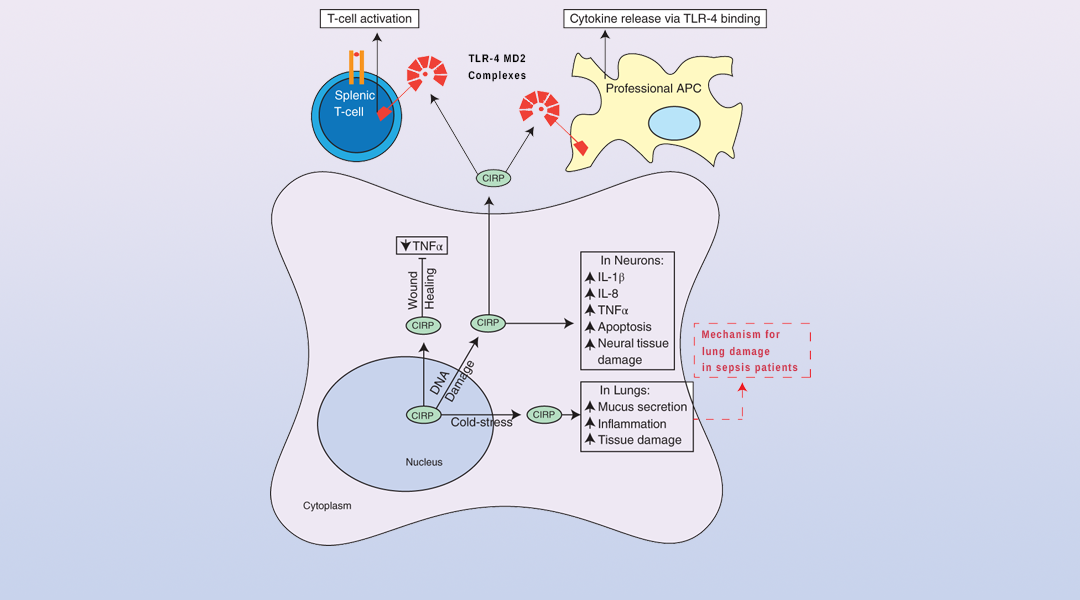 Ribonucleic acid (RNA), a macromolecule that is present in all known living organisms, is synthesized from the information stored in DNA, and one of its primary roles is to function as messenger RNA (mRNA). mRNA carries that genetic information and facilitates the synthesis of proteins within a cell. RNA binding proteins (RBPs) play key roles in RNA dynamics, including mRNA translation into protein, its translocation to different parts of the cell, and its degradation.

As these diverse roles suggest, RBPs have been identified as key molecules in many diseases, including neurodegenerative disorders, cardiovascular disease, genetic disease, developmental disorders, and several cancers. 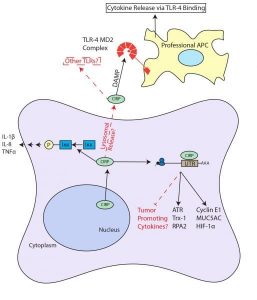 A review in WIREs RNA summarizes recent work on cold-inducible RNA binding protein (CIRP) in human cancers, where it has been implicated in tumor suppression and promotion, as well as its emerging role in inflammation in human disease, including its role in cancer-related inflammation.

CIRP is expressed in a wide variety of tissues and cells and can be induced in response to cellular stress, translocating from the nucleus to the cytosol. In the cytosol, CIRP binds to target mRNAs and can increase or suppress their translation into proteins.

The function of CIRP in cancer appeared to be solely driven though its functions as an RBP that targeted cancer-associated mRNAs, but it is increasingly clear that CIRP also modulates inflammation.

Several recent studies highlight roles for CIRP in immune responses, ranging from sepsis to wound healing and tumor-promoting inflammation. CIRP functions as a modulator of inflammation in several forms of cancer as well as in other diseases.

While modulating inflammation is an established role for RBPs that target the mRNAs of signaling molecules, called cytokines, CIRP appears to modulate inflammation by several different mechanisms, including by acting as a damage-associated molecular pattern or DAMP. CIRP promotes higher levels of pro-inflammatory cytokines in certain cancers; it also decreases inflammation to accelerate wound healing.

This dichotomy suggests that the influence of CIRP on inflammation is context dependent and highlights the importance of detailing the mechanisms by which it modulates inflammation. Since it is now clear that CIRP is capable of influencing cancer as both an RBP and as an inflammatory modulator, it is possible that CIRP plays more than one role.

Skin pigment properties and the importance of heterogeneity
Bridges, wires, and a chameleon: Crossing the membrane’s fortifications
Deciphering Ribosomes' Actions in Living Cells
RNA thermometers to bring down bacteria from the inside