A reducibly-degradable hyperbranched polymer PEI-SS-HP composed of LMW PEI via a disulfide-containing linkage is demonstrated as a promising gene vector. 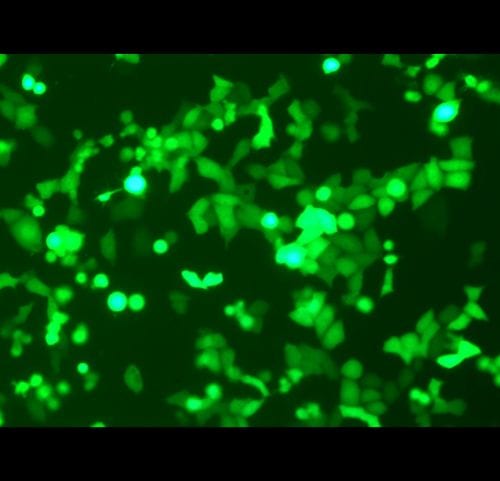 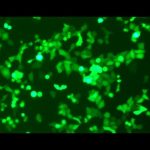 Gene therapy is a promising approach to treat human genetic diseases. The major challenge in gene therapy is to design suitable carrier (also known as vector) systems that are able to deliver therapeutic genes efficiently and specifically to the target site. Viral carriers, such as retroviruses, adenoviruses viruses, showing efficient delivery and expression of genes, pose serious safety concerns due to their interaction with the human immune system. Because of these concerns, cationic polymers, such as “golden” standard poly(ethylene imine) (PEI), have been receiving much attention recently as gene delivery vectors – these materials are highly biocompatible, and do not have the safety concerns inherent to viral carriers. However, high molecular-weight (MW) PEIs, such as 25-kDa PEI, are highly effective in gene transfection, but induce high cytotoxicity. Low-MW PEIs, such as 1.8-kDa PEI, are less cytotoxic but with poor gene transfection efficiency.

To deal with this dilemma between transfection efficiency and cytotoxicity, a new strategy for synthesis of reducible disulfide-containing hyperbranched polyethylenimine (PEI-SS-HP) via click chemistry is described in work by X. L. Jiang and colleagues. They aim to design a reducibly-degradable high-MW PEI derivative composed of low-MW PEI via a disulfide-containing linkage, which could possess simultaneously higher gene transfection efficiency and lower cytotoxicity. Indeed, the reduction sensitivity of the PEI-SS-HP was confirmed. In vitro experiments revealed that the reducible PEI-SS-HP not only had much lower cytotoxicity, but also posed superior transfection activity (both in the presence and absence of serum) as compared to the control nondegradable 25-kDa PEI. This study indicates that a reducibly-degradable hyperbranched polymer PEI-SS-HP composed of LMW PEI via a disulfide-containing linkage can be a promising gene vector.