Classical and Quantum Systems: Transport Due to Rare Events

Possible mechanisms for energy transfer based on ‘rare’ or ‘non-perturbative’ effects, in physical systems that present a many-body localized phenomenology are reviewed. 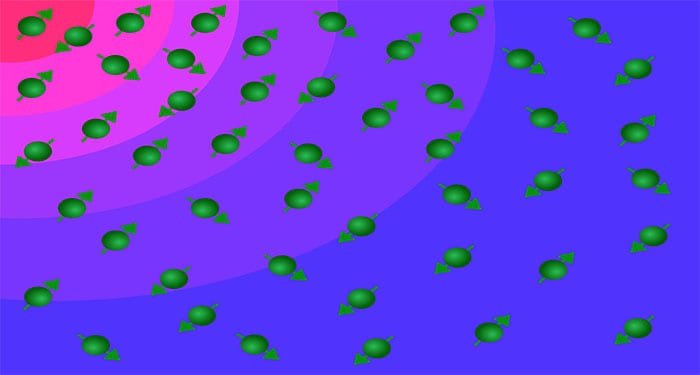 The first and second principles of thermodynamics constitute fundamental laws describing the behavior of matter at the macroscopic scale. In particular, the second principle asserts that the entropy of isolated systems will either grow or stay constant as time evolves. Statistical mechanics aim to reduce these principles to the laws governing the evolution of the microscopic world, i.e. quantum mechanics. Following the common route to bridge a link from micro to macro, one advocates that the microscopic dynamics is ergodic: An ergodic system is able to act as its own heat bath. While it is nowadays accepted that quantum systems are ergodic as a rule, theoretical investigations emerging mostly in the mid-2000s have shown the existence of another generic class of quantum systems where the ergodic hypothesis is violated. This new phase of matter is called the many-body localized (MBL) phase.

In this Feature Article, the author reviews some recent progress in the understanding of the MBL phase. The focus is on the role of rare ergodic spots that can potentially harm the stability of the localized phase. Such spots naturally occur through local inclusions of the thermal phase in the localized phase, which are unavoidable in any realistic interacting system, due to either thermal fluctuations or disorder fluctuations. Dr. François Huveneers first considers classical lattice systems, that are often used as simplified models for crystals. The possibility of localization is commonly regarded as impossible in classical systems. Following an analysis carried over by D. Basko (Grenoble) in 2012, the author confirms this conclusion and attributes the impossibility of localization by analyzing the influence of the above mentioned ergodic spots. Next, the possibility of applying the same mechanisms to quantum systems is considered, following joint works of the author with W. De Roeck (Leuven), M. Müller (PSI) and M. Schiulaz (Seattle). Strong constraints are found on the realization of the localized phase, and time scales for diffusion in nearly localized materials are discussed. Some of these conclusions are currently a matter of debate within the MBL community.

World’s most advanced detector ready to shed light on dark matter
How does the structure of ice change around impurities?
Ultra-cold atoms help test fundamental theory of solids
The temperature of the elements