Understanding how gluten affects the gut is a key to understanding whether gluten-free diets are merely a fad or based in solid science. 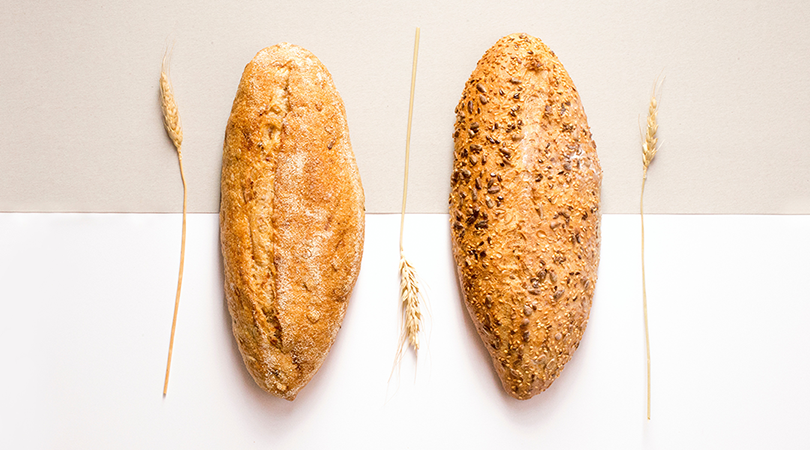 As any regular café goer could attest, the popularity of gluten-free diets has been skyrocketing for many years. Research conducted in 22 countries around the world found that in 2018, 24% of respondents regularly avoided gluten. Asking that same question 20 years earlier would have netted a very different response.

This global trend has been linked to the controversial diagnosis of “Non-Coeliac Gluten Sensitivity” (NCCS), a condition in which sufferers experience digestive problems in response to gluten consumption. As you might expect, the link between gluten and digestive problems remains contested. Understanding how gluten affects the gut is a crucial part of assessing whether this dietary movement is merely a fad or based in solid science.

There are a wide range of symptoms that are attributed to NCCS, ranging from eczema to joint pain through to depression; however, one of the more common sets of symptoms resemble those of irritable bowel syndrome (IBS). In a report recently published in Molecular Nutrition & Food Research, a team of Australian researchers put the relationship between gluten and IBS under the spotlight.

The team ran an experiment with around 40 participants who self-reported as experiencing IBS-like symptoms as a result of NCCS. Before beginning the controlled diets they had their blood taken and were then moved onto a zero gluten, low FODMAP (another type of nutrient that has been implicated in IBS) diet.

FODMAP stands for fermentable oligo-, di-,mono-saccharides and polyols. They are short chain carbohydrates that are found in a wide range of foods, from fruits to grains and legumes. This group of nutrients is known to be poorly digested, however once again, their role in IBS is contested.

The participants’ diets were altered systematically. For a week at a time, the participants ate either a low gluten, no gluten, or high gluten diet. The participants were unaware of which diet they were on at any given time. Each participant tried each of the diets in a randomized order, and in between diets they reverted back to the no gluten, low FODMAP diet. At the end of each new diet, the patients had their blood tested for signs of digestive problems.

In order to test whether gluten does cause digestive problems, the first step is to agree on a way of measuring them. Commonly, this is done through assessing the symptoms that a patient presents with, but this approach can lead to a lack of precision when assessing the impact of different diets.

Another way to assess how gluten affects the gut is through inflammation, which can be measured with biological markers in the bloodstream. There are a range of candidates for this type of assessment. In order to make sense of the results of the Australian team’s study, it is worth looking at what the biomarkers actually do. This involves a little bit of a deep dive into biochemistry, but bear with me.

The first biomarker is called I-FAPB-2, which is a protein that is expressed exclusively in the intestines. When the intestines are functioning normally, this protein transfers fatty acids across the cell membranes. If the cells that do this work get damaged and broken down, then these proteins can be found in the blood.

The second is called syndecan-1, which is another transmembrane protein, but it is expressed in many different cell types and tissues. It plays a role in cell proliferation, cell migration, and cell matrix interactions. In the context of the digestive system, these cell-matrix interactions are thought to be its key role. It is thought to help keep the layer of cells at the very edge of the intestines together. Like in the case of I-FAPB-2, when this layer is damaged, these proteins can be found in the blood.

The last two can be grouped together: LPS and sCD14. LPS is found in high concentrations in bacterial cell walls, and sCD14 is a human immune receptor designed for recognizing LPS. The theory here is that if the bacterial population in the gut is out of equilibrium or the intestines are damaged, then bacteria can be transported out of the gut into the blood stream. If this occurs, then the concentrations of both LPS and sCD14 will increase.

How gluten affects the gut

The key take-home message from this study is stunning in its simplicity. Gluten intake made absolutely no difference to the levels of any of the biomarkers. Whether a person was on the high gluten, low gluten, or no gluten diet, it had no impact on these markers of intestinal damage.

All of this would seem to act as a strong argument against the suggestion that gluten causes digestive problems. Of course, arguments could be made about whether these biomarkers are an appropriate proxy for measuring these issues. However, it is known that elevated levels of these biomarkers are present in other digestive diseases, like Crohn’s disease. At the very least, these results show that gluten is unlikely to directly damage the intestines of healthy individuals.

There was only one biomarker that showed a significant increase as a result of any diet. When blood was taken at the end of the gluten free/low FODMAP diet, syndecan-1 levels were significantly lower than when patients were eating normally. Given that subsequent changes to gluten levels did not change syndecan levels, this suggests that lowering FODMAP intake lowers the amount of syndecan in the bloodstream.

Are FODMAPs the culprit?

A 2018 review of the studies into the link between FODMAPs and IBS found that there was insufficient evidence to recommend a FODMAP diet to IBS sufferers. This study examined nine earlier experiments that looked at the effect of altering FODMAP intake on the symptoms of IBS.

This same review found a large degree of variation between the different experiments, and commented that the three most rigorous studies showed the least variability in their results, but also the least improvement in symptoms.

This most recent data on the effect of FODMAPs on inflammation of the intestines certainly adds some weight to suggestions that these nutrients play a role in IBS. However, these results must be read in the context of earlier studies, and more work remains to be done.

Where to from here?

Dietary science is inevitably a controversial field. The human digestive system is impossibly complex, poorly understood, and a great deal of money can be made selling particular diets as cure-alls to digestive ailments.

While the work reported in Molecular Nutrition & Food Research shows fairly conclusively shows that gluten does not cause damage to the intestines, the volunteers who participated in the study had digestive problems that they presumably thought were alleviated by removing gluten from their diets. Whether this effect is purely down to a placebo effect or there is some physiological process at play has not yet been resolved.

Understanding how gluten affects the gut is, however, a question that can be resolved and work like this, that looks systematically at the effects of nutrients like gluten and FODMAPs, is the only way that the questions in this space will ever be answered.