How feasible is hydrogen production using renewable sources of energy? 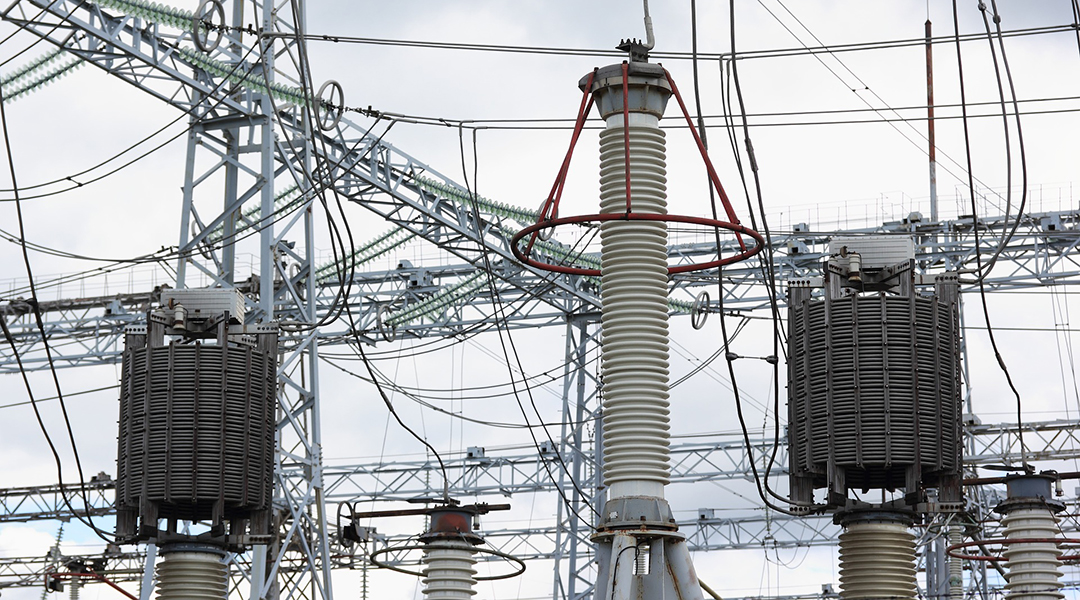 In this new age of chemical process engineering where sustainability is key, the ever-persistent question remains: How can we replace the fossil-fuel-derived heat that conventionally drives chemical processes with an emissions-free alternative? 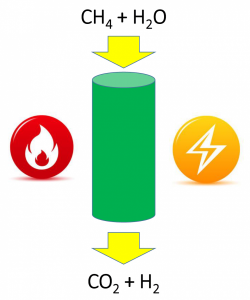 The current standard in industrial-scale heterogeneous catalytic processes, especially endothermic ones such as the production of ammonia and hydrogen, is to provide the energy required for the reaction or to keep reactors at target temperatures in the form of heat supplied by the combustion of fossil fuels, typically natural gas, which therefore carries a significant CO2 footprint.

In this context, a recent study published in Science by Wismann et al. explored the concept of replacing this fossil-fuel-derived heat energy with heat supplied through resistive heating, using renewable electricity, exemplified by the methane steam reforming reaction in which natural gas reacts with steam according to the following equilibrium reaction equations, the first methane steam reforming being highly endothermic the second water gas shift mildly exothermic:

Driven conventionally with fossil resources, each metric ton of H2 produced via methane steam reforming yields 6.6 to 9.3 metric tons of CO2 to provide the heat of reaction, of which 17 to 41% stems from natural gas combustion.

The motivations for this technological paradigm shift toward electrically-heated processes are manifold, including the increased flexibility, efficiency, and scalability of reactor design, greater compactness, and more uniform heat delivery of electrically-heated catalytic reactors.

A key assumption is that replacing a fossil-fuel-heated reactor with an electrically-heated one using carbon-free electricity will have a positive influence on the greenhouse gas emissions of a process. Moreover, the lower thermal mass of compact electrically-heated reactors offers the potential for reduced start-up times, thereby providing temporal flexibility in production capacity and allowing it to be economically optimized by tracking, and adjusting to fluctuations in the availability of intermittent renewable energy.

Notably, the reactor concept described by Wismann et al. does more than simply replacing conventional combustive heating with that originating from the dissipation of electrical energy. A typical, though clever, means of process intensification was also employed by replacing the fixed catalyst bed of a conventional reactor, in which hindered heat transport limits catalyst utilization, with a thin and highly active catalyst layer on the walls of electrically-heated reaction tubes.

The authors report excellent temperature control along the reaction tube and high catalyst utilization. The compactness of the resulting electrically-heated steam reforming reactors is worth underscoring in respect to scalability opportunities. Neglecting the volume requirements of reactor accessories, extrapolation of a single-tube design to a multiple-tube parallel assembly of equivalent capacity enables a 1100 m3 natural gas side-fired reformer yielding 2230 kmol H2 h–1 to be substituted by a 5 m3 electrically heated one, resulting in a 220-fold reduction in volume.

With ready access to renewable electricity, the cost of an electrical steam reformer is envisioned to be on par with conventional fossil-fuel steam methane reformers and, therefore, at least economically feasible. Additionally, the authors claim that the global-scale implementation of H2 production via this greener approach would result in a roughly 1% reduction in worldwide CO2 emissions.

However, there is reason to second-guess this claim. The global hydrogen market produces between 23 and 56 million tonnes of H2 per year (numbers referring to 2016) and has a CO2 footprint of approximately 180 to 450 million tonnes of CO2 per year (note that such estimates are difficult to make, as the production and use of hydrogen do not need to be registered). The process proposed by Wismann et al. can achieve an emissions reduction of roughly 20%, yielding a CO2 reduction potential of 36 to 90 million tonnes of CO2 per year. This is only 0.09 to 0.22% of the current 41 gigatonnes of global anthropogenic CO2 emissions per year and, thus, is far from the aforementioned estimate of 1%. Having access to further information regarding the authors’ calculation of the claimed 1% reduction would certainly be beneficial.

At any rate, there are three particular take-home messages to be found among the technological benefits of the new reactor technology proposed by the authors:

3) A reduced CO2 footprint compared to the conventional process, due to substitution of CH4 firing with electrical heating.

Again, while the last of these take-home messages may be accurate, in the case of methane steam reforming it does warrant further discussion. Note that the following considerations only take into account impacts on the CO2 footprint from the feedstocks and neglect impacts from the installations.

According to this simple back-of-the-envelope calculation, the proposed electricity-driven reformer emits at least 17% less CO2 per mol of H2 than the conventional reformer. It is even probable that the conventional process emits more CO2 than the estimates indicate and, thus, the potential emissions reduction might be even higher. Fair enough, but the hydrogen produced by an electrically-heated steam reformer still has a significant CO2 footprint of at least 5.5 tonnes of CO2 per tonne of H2 produced. This is due to the feedstock CH4.

Keep in mind that H2 obtained from industry established water/steam electrolysis has, while again presuming the use CO2-free electricity, a CO2 footprint close to 0 mol CO2 per 4 mol H2 (4H2O → H2 + 2O2).

Admittedly, the electricity demand of hydrogen production using electrolysis is much higher than that of an electrically-heated steam reformer. Without delving deeply into techno-economic analyses of the three pathways so far compared, it is probable that hydrogen from electrolysis is the most expensive.

Nevertheless, it is important to keep in mind that chemical plants can have operational lifetimes spanning decades and that the widely accepted goal of the IPCC special report on global warming of 1.5 °C demands net zero CO2 emissions by 2050. Thus, it is questionable whether the introduction of a new kind of steam reformer, with reduced but still remarkably high CO2 emissions, can be supported in place of an electrolyzer driven by renewable electrical energy.

The source of electricity is, thus, very important. In a scenario where electricity production is still largely reliant upon fossil fuels, water electrolysis is not a sustainable alternative for hydrogen production.

More urgently than ever, societies must discuss means of making it less attractive to invest in any technology consuming fossil resources, be it coal, crude oil, or natural gas, for any use, may it be as energy resource or feedstock for chemicals. Now, more than ever, societies must determine how to build up their capacities for renewable electrical power – both quickly and at an impressive scale. Achieving this energy transition is crucial, as it will form the basis of sustainable life in our modern societies of the future.