In their review in BioEssays, Mariano Bizzarri et al. discuss how commitment of cell specification is constrained by physical cues. 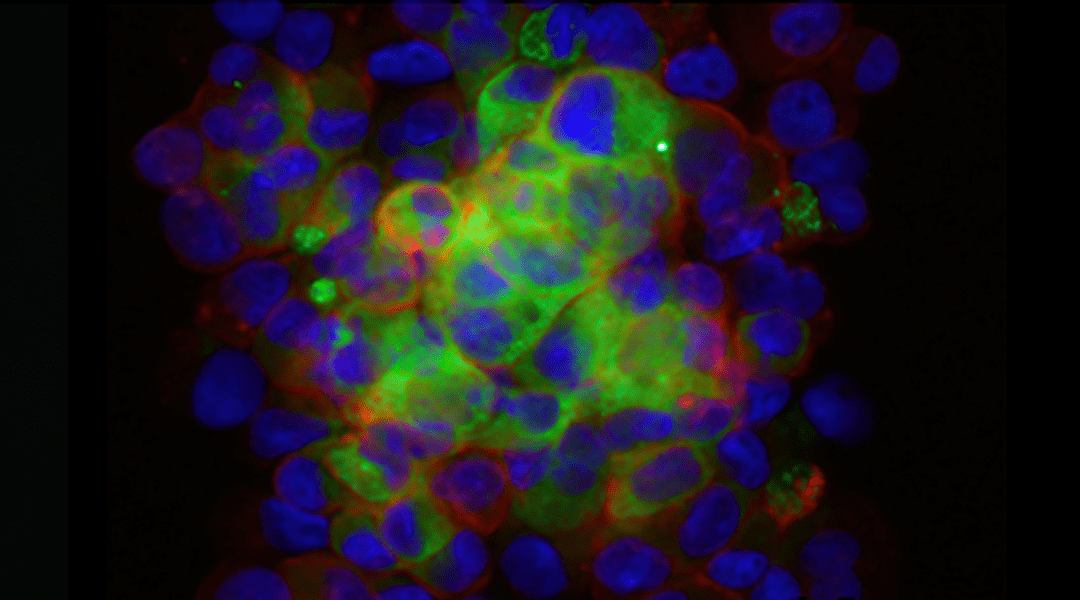 When different cell lines are cultured under microgravity conditions they undergo profound morphological changes. Breast cells, for example, show two distinct phenotypes under these conditions: flat, spindle-shaped cells adhering to the substrate and rounded cells that are aggregated and float in the culture medium (see Figure).

These morphological changes are associated with a reorganization of the cytoskeleton such that–in the floating cell clumps–the actin and tubulin meshworks appear completely disrupted. Interestingly, when either of these two distinct cell populations are reseeded and cultured again in normal gravity they both return to the initial morphology. 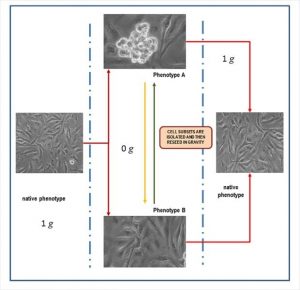 In their review published in BioEssays, Mariano Bizzarri et al. discuss the causes of these reversible transitions between different phenotypes. They hypothesize that the genome per se allows for a wide range of phenotypical ‘possibilities’, but that – under normal gravity conditions – the cells are constrained to adopt one favored phenotype. Once the gravitational constraint is removed, the cells are able to explore these other ‘possibilities’ and to adopt other phenotypes.

In addition to the reorganization of the cytoskeleton mentioned above, cells cultured in microgravity also show large changes in gene expression patterns involving the activity of more than 1 600 genes. Among these one also finds genes involved in intracellular signaling, drug metabolism, mechano-transduction, and cell reprogramming.

It should be noted that cells cultured in hypergravity (3g) only show minor changes in gene expression patterns stressing the fact that it is the loss of a constraint (gravity) rather than a change of value in gravity driving the changes.

The authors also argue that studying cell behavior in microgravity may serve as a good model to study cell commitment and more general principles of biological organization. This in turn may lead to a better understanding of how cells and tissues behave in both development and cancer.

Your brain: Built by cilia
Why is potassium the cation of life?
3D printing cell substrate topographies
DeepMind used to create the most complete database of predicted 3D protein structures