Electrocatalysts can help to obtain chemicals from renewable raw materials or to use alternative energy sources. But testing new catalysts brings challenges. 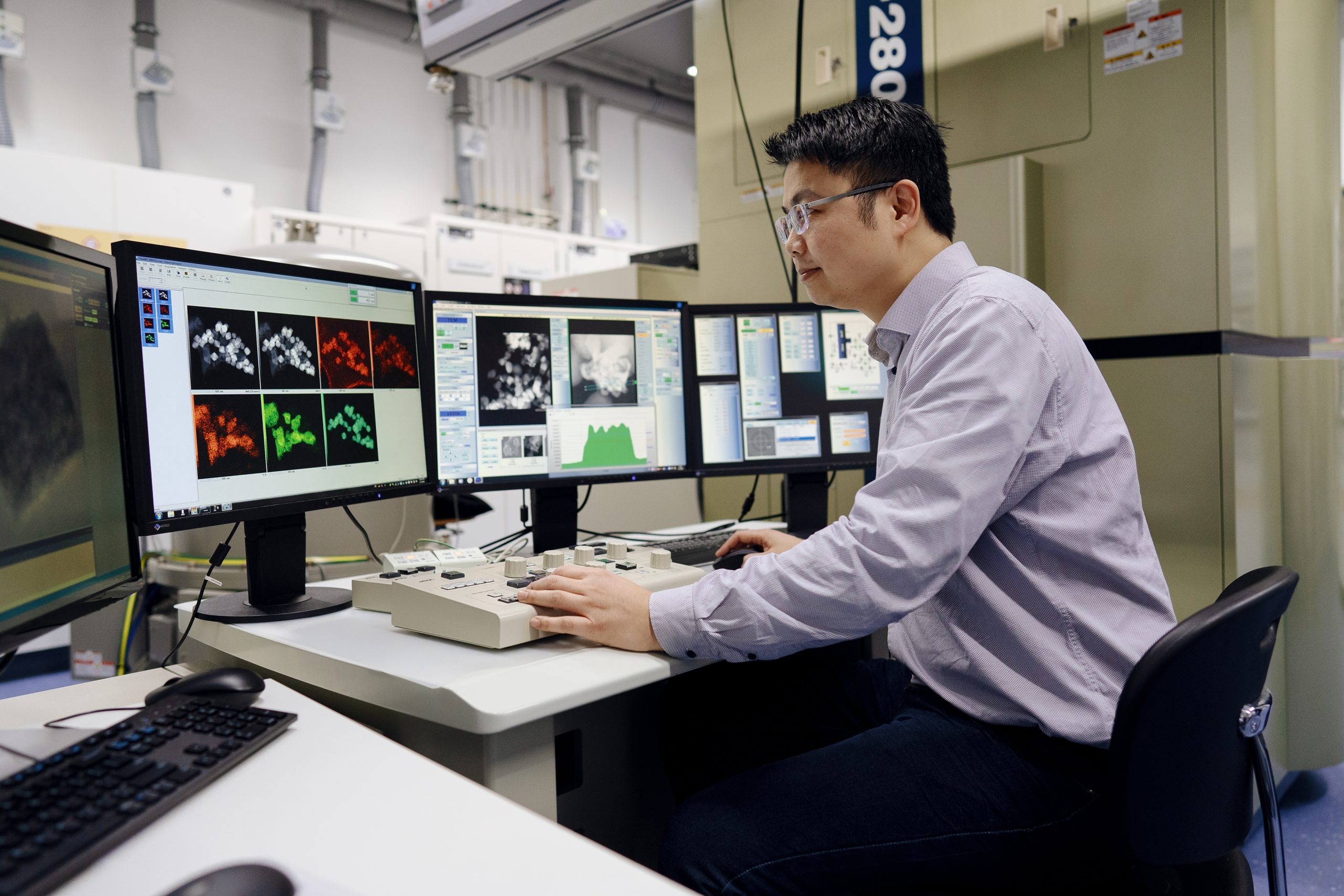 Researchers at the Ruhr-Universität Bochum (RUB) and the University of Duisburg-Essen have developed a new method of depositing catalyst particles onto tiny electrodes. In order to characterize catalysts and test their potential for various applications, researchers have to fix the particles to electrodes so that they can then be examined, for example, with transmission electron microscopy.

The new method was recently published by Dr. Tsvetan Tarnev and Professor Wolfgang Schuhmann from the Center for Electrochemistry at RUB with Steffen Cychy and Professor Martin Muhler, RUB Chair of Technical Chemistry, as well as Professor Corina Andronescu, University of Duisburg-Essen, and Dr. Yen-Ting Chen from the Bochum Center for Solvation Science in the journal Angewandte Chemie.

In transmission electron microscopy, TEM for short, a thin electron beam is sent through the sample to observe the electrochemical processes taking place at an electrode. In order for the beam to penetrate the structures, all sample components must be very thin. The diameter of the electrode to which the catalyst is applied is therefore only ten micrometers.

With earlier methods, the catalyst particles were either distributed evenly throughout the sample, i.e., even where they were not needed, or methods were used that could damage the material. Both disadvantages are eliminated with the new method, which is based on scanning electrochemical cell microscopy. The researchers fill a glass capillary with a liquid containing the catalyst particles. They then approach the capillary to the electrode onto which the particles are to be deposited. A tiny drop of the particle liquid hangs at the lower opening of the capillary.

“Once the methodology is established, it offers a clean, easy-to-use and variable way of applying and measuring a large number of different catalyst materials stably and reproducibly on liquid cell TEM chips,” says Wolfgang Schuhmann.

Encoding molecular interactions: Advancing drug design
Tying up molecules as easily as you tie up your laces
A nanoporous self-assembling network
What do carbon capture and beer bubbles have in common?