Can bacteria survive in space?

New study provides the best estimate to date that bacteria could survive a trip to Mars. 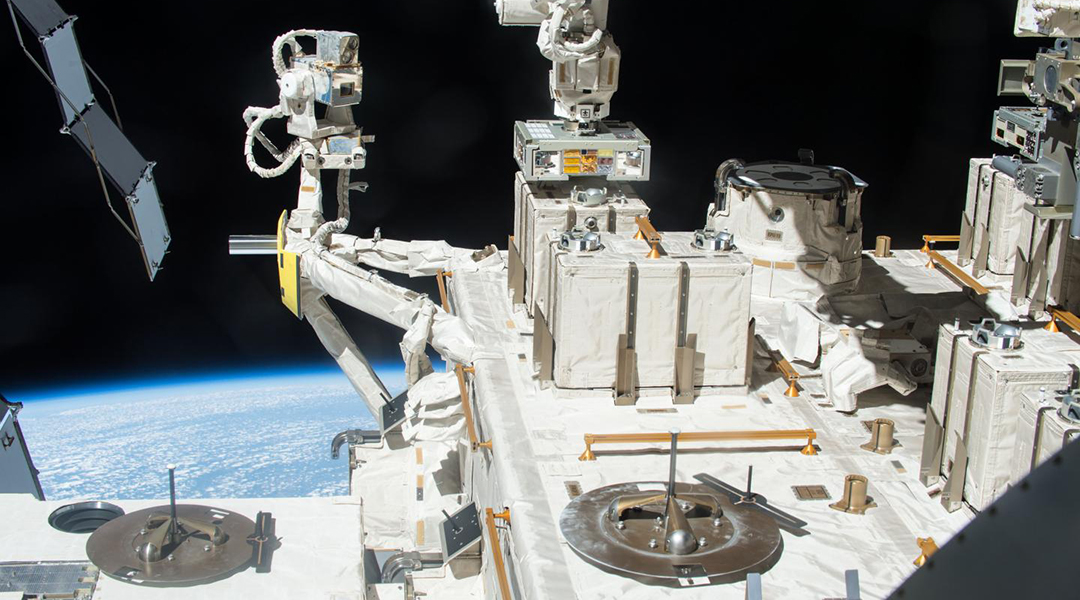 The origin of life on Earth is a mystery, arising roughly four billion years ago with the first cells forming in the primordial soup. There are currently many circulating theories and debates taking place within the scientific community, but we still have yet to form a complete answer. Now, a new study published in Frontiers in Microbiology may be able to provide some insight.

“Some think that life is very rare and happened only once in the Universe, while others think that life can happen on every suitable planet. If panspermia is possible, life must exist much more often than we previously thought,” says Dr. Akihiko Yamagishi, a professor at Tokyo University of Pharmacy and Life Sciences and principal investigator of the Tanpopo space mission.

Panspermia refers to a theory in which microscopic life-forms, such as spores, can survive the vacuum of space and migrate between planets, seeding life throughout the universe. The theory is controversial, and so far no conclusive evidence has been put forth in the scientific literature to prove it is in fact true.

As part of the Japanese Tanpopo mission, Yamagishi and his team tested the ability of a radioresistant bacteria called Deinococcus to survive in space by placing dried aggregates outside the International Space Station (ISS).

Deinococcus is an extremophilic bacteria and thrives in conditions that would be impossible for carbon-based life. It’s name means “strange berry that withstands radiation” and in addition to being able to survive cold, dehydration, vacuum, and acid, it is one of the most radiation-resistant bacteria known — surviving radiation levels 3,000 times higher than would kill a human — and even has an entry in the Guinness Book of Records. Scientists believe that Deinococcus could prove useful in cleaning up toxic waste, and, as is the case in the current study, testing life’s ability to thrive in extreme environments.

The inspiration for the Tanpopo mission arose in 2018, when Yamagishi and his team were searching for microbes in the upper atmosphere and found Deinococcal bacteria floating 12 km above the surface of Earth. This sparked the question: Could this bacteria survive long enough in space to support the possibility of panspermia?

To test this hypothesis, the team subjected bacterial samples of different thickness to the harsh conditions of space for one to three years, comparing these to control samples kept on Earth, as well as inside the space station.

They found that cell pellets with a thickness of 0.5 mm or greater showed survival similar to that of the ground controls. While bacteria on the surface died, it created a protective layer that allowed bacteria inside the aggregate to survive.

The bacterial sample inside the space station surprisingly showed reduced survival compared to the ground controls after 3 years of exposure, which the team attributes to differences in humidity, and other unknown factors. Not being able to keep the aggregates dry might have led to oxidative stress in the bacteria and differing survival rates.

Using their data, the team estimates that the bacteria aggregates could survive between 15 and 45 years on the ISS in low Earth orbit, and allowed them to extrapolate that a colony of 1 mm diameter could potentially survive eight years in outer space.

“The results suggest that radioresistant Deinococcus could survive during the travel from Earth to Mars and vice versa, which is several months or years in the shortest orbit,” says Yamagishi. This could lead to false positives for life on Mars, with bacteria potentially being brought from Earth on future missions.

This study provides the best estimate for bacteria survival in space to date, with previous experiments focusing on the concept of lithopanspermia, in which microorganisms are transported through space on meteorites. This new evidence for the survival of free bacterial colonies in the form of aggregates has resulted in a new term, “massapanspermia”.

“Collectively, these results support the possibility of microbial cell aggregates as an ark for interplanetary transfer of microbes within several years,” wrote the authors. “While we are one step closer to proving panspermia is possible, the microbe transfer also depends on other processes such as ejection and landing, during which the survival of bacteria still needs to be assessed.”

Astronomers find regular rhythms among pulsating stars
RNA thermometers to bring down bacteria from the inside
"Seven minutes of terror": The Perseverance rover's descent to Mars
Viking identity was not limited to people with Scandinavian ancestry