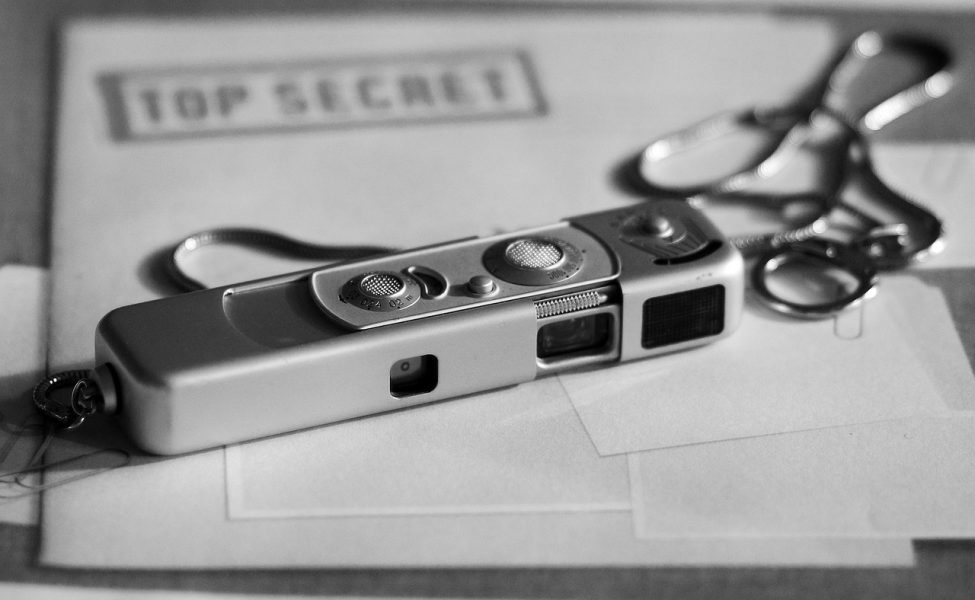 Encrypting messages to protect them from prying eyes has never been easier.  The aspiring spy need no longer write their messages in lemon juice—apps like WhatsApp and Viber routinely provide end-to-end encryption.

But for those looking to move beyond this rather ho-hum digital encryption, new work from an international team might be just the thing.  By taking advantage of the properties of “meta materials,” the team devised a way of encrypting all of the letters in the English language alphabet onto steel plates.  On heating, the encrypted letters become visible to an infrared (IR) camera. 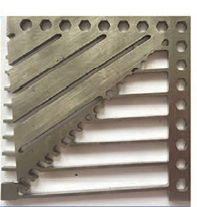 In order for this technique to work, two materials must be present. In this case, the team choose steel and air.  While it might be a little counter-intuitive to think of air as a material, its heat-transferring properties were perfect for this project.

During the fabrication process for each individual letter, holes are drilled in the plate (see above) in a way that controls the heat flow across the plate, but does not reveal the letter to the naked eye.

The image below shows the 26 letters of the alphabet as imaged by IR.  Some of the letters look a little disjointed (E for example), and if you look closely, it is possible to see that there are white spaces between some elements of some letters.

This is because in some cases, small spaces were required that would not allow heat propagation; this technique significantly improved resolution. 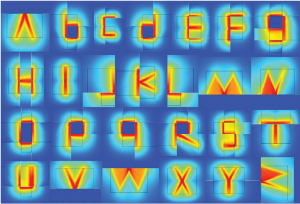 If fine control over heat propagation is related to differences between two materials, why not simply write one letter using one material, overlaid on another?

To demonstrate the problems of this approach the team ran such an experiment, showing that this oversimplified strategy does not give sufficient resolution to allow for reading (see below).

Not satisfied with simply adding a new trick to the spying toolbox, the team delved into the world of entertainment, replicating the 90’s video game “Snake” by heating one section of plate after another over a period of time.

To see this demonstration, take a look at the article’s supporting information.

With messaging and a short movie demonstrated in this paper, it will be fascinating to see what this technique is used for next. 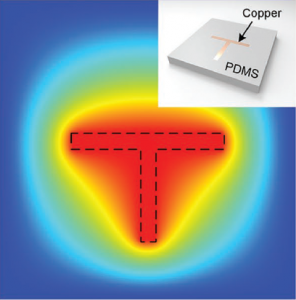