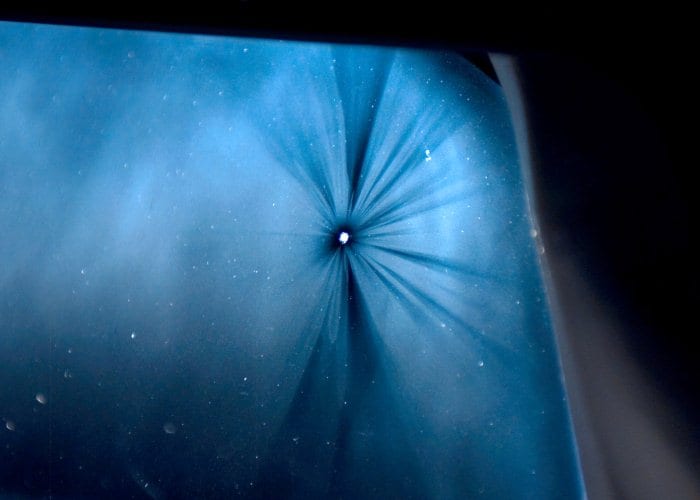 Increasing amounts of space debris in low Earth orbit present a growing hazard to space vehicles.  Impact with debris over 10 cm in diameter travelling at hyper velocities (5 – 15 km s-1) can be catastrophic for most space vehicles.  Large debris can be tracked by ground-based radar so that orbiting vehicles and satellites can perform avoidance maneuvers.  However, smaller debris and micrometeoroids cannot be tracked and may impact without warning.  For example the picture below shows a “ding” caused by a micrometeroid impact on one of space shuttle Endeavour’s flight deck windows. 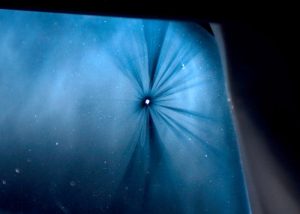 Materials for shielding spacecraft from such damage are being developed to minimize the risk posed by micrometeroid and orbital debris (MMOD) impact.  Some of the concepts developed include single metal sheets, complex layers of materials, carbon composites, fabrics and honeycomb sanwich panels.  The conditions of MMOD impact can be mimicked using the NASA Ames Vertical Gun Range which features a two-stage light gas gun capable of firing projectiles at up to 5.5 km s-1. 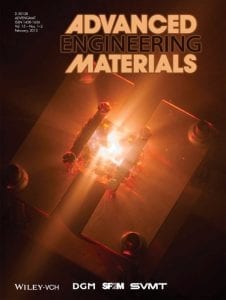 In the current issue of Advanced Engineering Materials, scientists and engineers from the Jet Propulsion Laboratory, the California Institute of Technology and the University of Southern California have developed bulk metallic glass matrix composites with carbide-like hardness, low melting temperatures and ultra-high strength to weight ratio.  The journal cover, shown above, features a photograph taken during hypervelocity impact testing in the Vertical Gun.  Furthermore the materials can be processed and formed like polymers making them ideally suited to spacecraft shielding.  The full article is free to access.