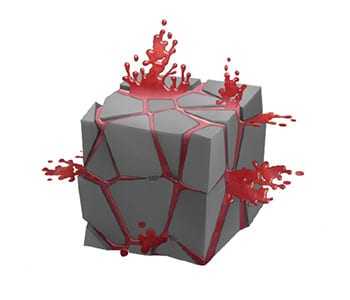 The French physicist Jean Charles Athanase Peltier discovered a key concept necessary for thermoelectric (TE) temperature control in 1834. Since his work, there have been steady advancements in materials and design.

In the 1960’s, Peltier devices were primarily made from bismuth-telluride or antimony-telluride alloys and had a peak efficiency of 1.1, meaning the electricity going in was only slightly less than the heat coming out. Since the 1960’s there have been incremental advancements in alloy technology used in Peltier devices.

Now, in 2014, researchers in South Korea at IBS Center for Integrated Nanostructure Physics along with Samsung Advanced Institute of Technology, the Department of Nano Applied Engineering at Kangwon National University, the Department of Energy Science at Sungkyunkwan University, and Materials Science department at California Institute of Technology California, USA have formulated a new method for creating a novel and much more efficient TE alloy.

TE alloys are special because the metals have an incredibly high melting point. Instead of melting the metals to fuse them, they are combined through sintering using heat and pressure to join small, metallic granules.

Liquid tellurium (red) between the grains flows out during the compacting process and facilitates the formation of dislocation arrays embedded in low-energy grain boundaries. Image credit: Institute for Basic Science

The team used a process called liquid-flow assisted sintering which combined all three antimony, bismuth and telluride granules into one alloy. Additional melted tellurium was used as the liquid between the granules to help fuse them into a solid alloy.

By creating the alloy this way the grain boundaries took on a special property. Traditionally sintered alloys have thick, coarse joints which have led to a decrease in both thermal and electrical conductivity. The new liquid-phase sintering creates grain boundaries which are organized and aligned in seams called dislocation arrays. These dislocation arrays greatly reduce their thermal conduction, leading to an enhancement of their thermoelectric conversion efficiency.

According to the researchers, the applications for such a material are abundant. As new fabrication techniques are developed, Peltier cooling devices may be used in place of traditional compression refrigeration systems. More importantly, as electrical vehicles and personal electronic devices become more ubiquitous in our daily lives, it is becoming increasingly necessary to have more efficient systems for localized electrical power generation and effective cooling mechanisms. This new thermoelectric alloy may pave the way for the future of modern TE devices.