Small neural building blocks are used to make 3D neural networks in vitro, allowing the study of the interaction between different brain regions. 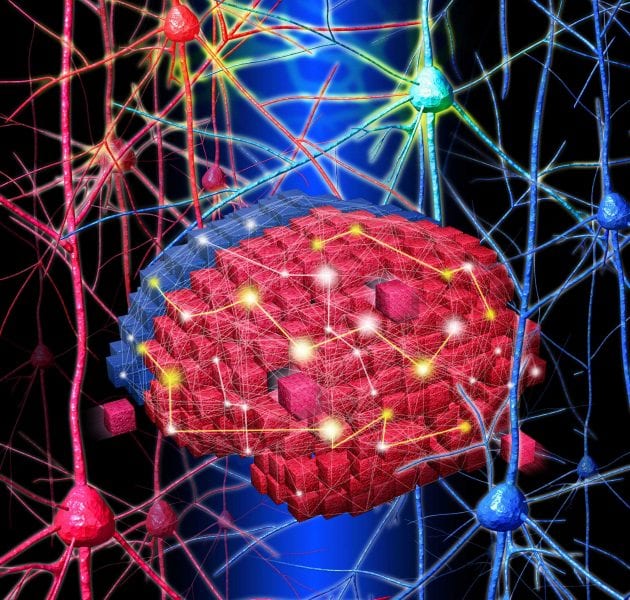 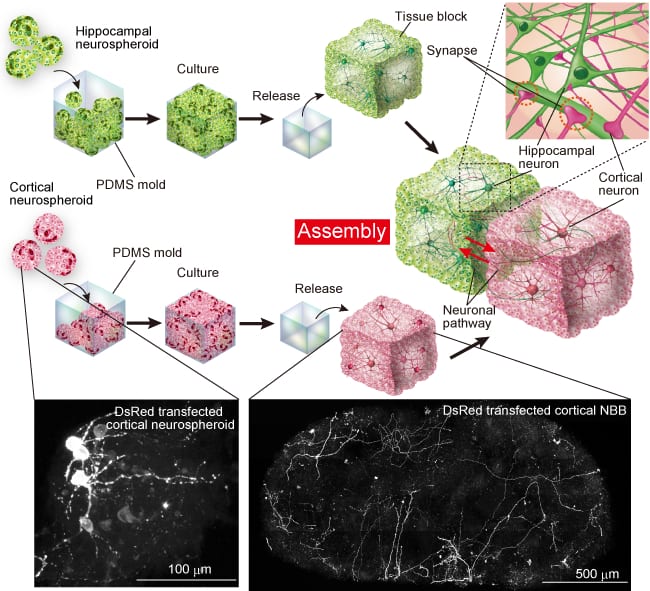 The interactions between different regions of the brain that control higher brain function (e.g. the hippocampus, thalamus, etc.) are extremely difficult to study. Using in vivo and ex vivo techniques, multiple regions cannot be easily studied simultaneously, and in vitro methods are typically based on 2D neural cultures, which preclude the 3D extension of axons and dendrites and do not simulate neural networks in a real brain.

Overcoming the current limitations, Japanese researchers have used tiny ”neural building blocks” to fabricate a 3D neural network in vitro. Shoji Takeuchi and co-workers (University of Tokyo and Japan Science and Technology Agency) first cultured neurospheroids of desired size (ca. 100 µm) of hippocampal and cortical cells using an established method.  They then placed the neurospheroids in a millimeter-sized polymer mold and allowed them to cultivate. After 24 h, the mold was released giving the tissue blocks, each comprising a single type of neurospheroid. Importantly, cell culture continued resulting in networking between neighboring blocks (via axon-to-synapse connections).