A new approach drastically improves the amount of energy harvested from microalgae for sustainable bioenergy. 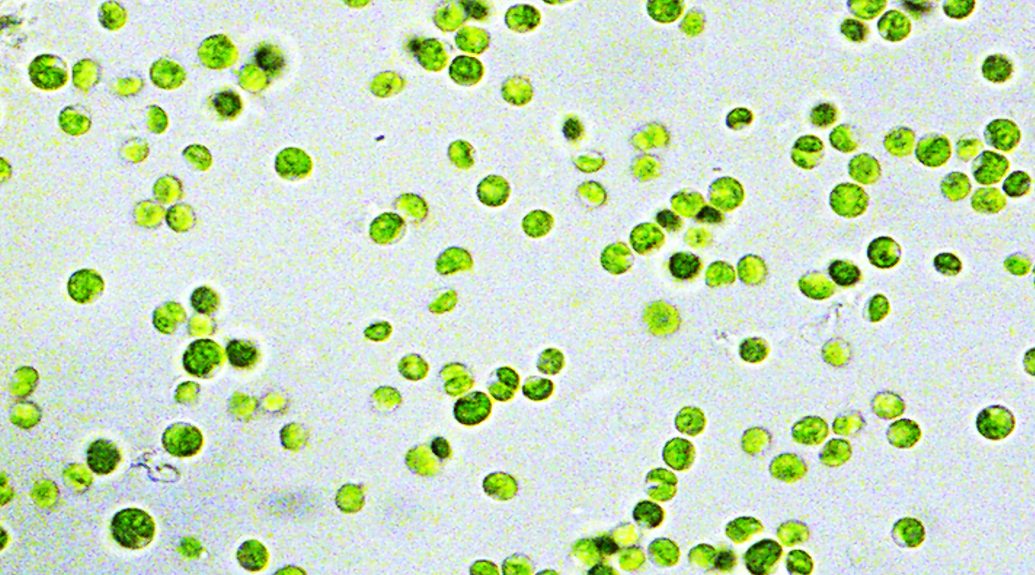 As the world seeks to devise technological solutions for sustainable energy production and ways to combat the threat of climate change, an important topic emerging within this area is bioenergy. Bioenergy is renewable energy produced by living organisms, and photosystems found in plants, cyanobacteria, algae, and other living organisms are promising sources for bioenergy harvesting and bio-electricity generation.

With the enormous interest in this research area, extracting bioelectricity from living photosynthetic organisms has always been a challenging task, particularly at a whole-cell level, like microalgae. The challenge originates from the extremely low transition rate from light to electricity, presumably due to the shielding of complex membrane systems and the barrier between intracellular chloroplast to an electrode.

Now, an international research team at the Nanyang Technological University, Singapore, has developed a novel approach to boost the tiny amounts of nano-energy and nano-electricity generated by living microalgae by more than 200% through their encapsulation into a living, optical micro-resonator. Their findings were recently published in Advanced Science.

The notable single-celled freshwater algae Chlorella has long been known for its promising potential as a bioenergy resource. The new device aims to boost the photosynthetic bioenergy efficiency in tiny microalgae by employing strong energy coupling in a micro/nano-cavity.

The novel photonic approach uses an optical resonator to enhance the photosynthetic reactions in electrochemical cells. Instead of enhancing the light-conversion efficiency, in the present work, the team explored the possibility of improving the energy-transfer efficiency in photosystems through the encapsulation of a living photosynthetic center in an optical microcavity. Whereas microcavities have previously been used to amplify bio-optical signals in many ways, they have never been employed to amplify bioelectrical signals.

Here the optical cavity, which is formed by two mirrors, was specifically designed to only reflect red emission wavelengths to match the fluorescence generated by chlorophylls in microalgae. When light is excited, the fluorescence emission from algae will form a strong coupling resonance within the mirrors, amplifying the bio-photocurrent. Systematic studies on the photosystem fluorescence and photocurrent suggested the possible amplification of intracellular energy-transfer efficiency. An optofluidic device was also developed to illustrate the potential implementation of such “living photosynthetic optical resonators”.

According to Professor Yu-Cheng Chen, the study’s corresponding author, the developed “photosynthetic microcavity” is not limited to the species used in this work, but can be widely applied to a broad range of living photosynthetic species from the molecular to the microorganism level, such as cyanobacteria, photosynthetic proteins, and biofilms. “We envisage that the key innovations found in this study offer new possibilities for applications in bioenergy generation, biofuel-powered devices, and sustainable biophotonics,” said Chen.

The team believes that this new concept will open new possibilities for future energy device applications and sustainable biophotonics.

Adapted from a press release provided by Yu-Cheng Chen

Chemical recycling of plastic waste provides useful feedstock
Quasi-solid zinc metal batteries could power the wearables of tomorrow
Living Well With Plastics: The Politics of the Plastics Crisis
Waste not want not with sustainable fertilizer