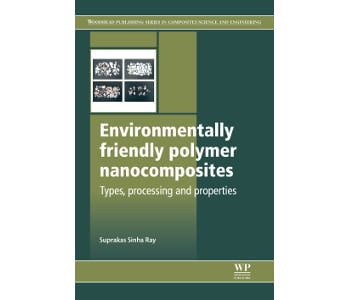 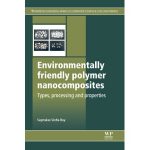 Since the industrial revolution and particularly after World War II, breakthroughs in materials research have become increasingly more rapid, which has resulted in the wide use of materials such as polymers, metals, semiconductors, and agricultural chemicals (e.g., pesticides and fertilizers). The production of these materials in increasing quantities to meet the demands of a growing population has led to the consumption of much fossil fuel and the release of waste which, together, has resulted in regional and global environmental problems ranging from air, water, and soil pollution to climate changes.

These problems in turn limit the amount and extent to which such materials can be used, and call for a re-thinking of the design, synthesis, and production of materials in widespread use. In this regard, natural materials provide not only a baseline for a comparison of the performance of man-made materials but also a clue to the development of new materials that are more environmentally sustainable, in addition to having a desirable functionality.

Hence, with this background, biopolymers are well-known example for a renewable source based on environmentally benign polymeric materials. Biopolymers include polysaccharides such as cellulose, starch, alginate and chitin/chitosan, carbohydorate polymers produced by bacteria and fungi, and animal protein-based biopolymers such as wool, silk, gelatin and collagen. Naturally derived polymers have offered the interesting properties of biocompatibility and biodegradability. One of the advantages of naturally derived polymers is the biological recognition that may positively support cell adhesion and function, but they have poor mechanical properties. Many of them are also limited in supply and can therefore be costly.

On the other hand, polyvinyl alcohol (PVA), poly(e-caprolactone) (PCL), poly(lactic acid) (PLA), poly(glycolic acid) (PGA), poly(hydroxy butyrate) (PHB) and poly(butylene succinate) (PBS) are examples of polymer of synthetic origin but which are biodegradable. In today’s commercial environment, synthetic biopolymers have proven to be relatively expensive and available only in small quantities. This has lead to limitations on their application to date, which include applications in the textile and medical industries as well as the packaging industry. However, synthetic biopolymers can be produced on a large scale under controlled conditions and with predictable and reproducible mechanical properties, degradation rate, and microstructure.

In this direction, one of the most promising synthetic biopolymers is PLA because it is made from agriculture products. PLA is not a new polymer; however, recent developments in the capability to manufacture the monomer economically from agriculture products have placed this material at the forefront of the emerging biodegradable plastics industries.

The term “envirommentally-frendly”, i.e., materials produced from alternative resources, with lower energy consumption, biodegradable and non-toxic to the environment was introduced several years ago.

Nanocomposites are novel materials with drastically improved properties due to the incorporation of small amount (< 10 wt.%) of nano-sized fillers, such as clays, carbon nanostructures and metals into a polymer matrix.

This book highlights on an aspect of the state of the art in wide field of the recent developments in envirommentally-frendly polymer nanocomposites (EFPNCs). These nanocomposites are currently the most promising nano-biocomposites materials. The first part describes several preparation and characterization techniques of various types of the EFPNCs. In the second part, the structure and properties of the EFPNCs. The final part of the book summarizes key issues in such areas as applications, environmental impact assessment and future trends in detail.

A wobbly moon will increase coastal flooding in the 2030s
Editorial: Climate Week 2019
From Sandbags to Stilts: Living with Floods
Printable Paper from Plastic Waste