Biomaterials researchers should include sex-based differences

In a survey of biomaterials articles that included cell culture experiments, only 3.7% of studies reported the sex of the cells. 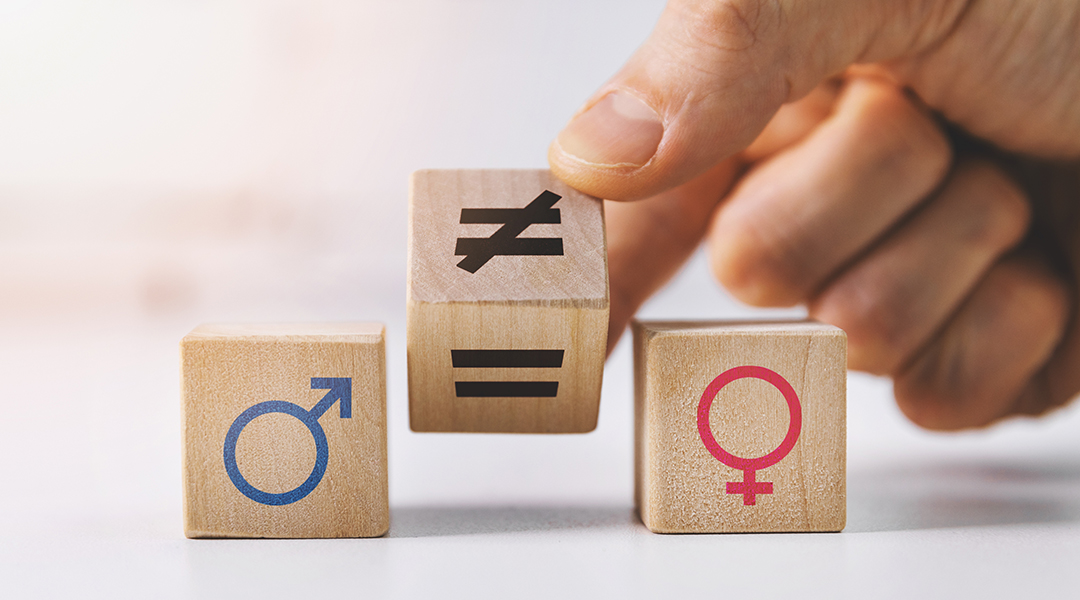 When graduate student Bryan James at the University of Florida in the Department of Materials Science & Engineering set out to study the sex differences of vascular cells in response to biomaterial properties, he didn’t expect to get hung up buying male and female cells. “It turns out some cell vendors don’t keep cells from many donors at a time and most tend to come from only one sex,” he says. From one vendor for one type of vascular cell, if you did not explicitly specify the sex you wanted, there was a 75% chance that the frozen vial of cells shipped to you would be from a male donor. After 5 months of back and forth with several different vendors, James finally got his cells– populations from 3 male donors and 3 female donors– and started his experiments.

James’ interest in studying sex differences started in the most unlikely of places;  the customer service line at the Charlotte, NC airport. There he met and had a conversation with a nurse who described to him that cardiovascular disease affects men and women differently. With that, the gears began turning in his head. James took a deep dive into the literature and kept reading about significant differences between male and female cells. He just had to look outside of the biomaterials literature to reports coming from physiology journals and the like.

For his research advisor, Associate Professor Josephine Allen, health disparities have been a longstanding interest. She says they are one of the key reason’s she works in the area of cardiovascular disease. “I am keenly aware of the disproportionate negative effects on women and in particular African American women.” Allen goes on to say, “sex-based differences contribute to overall lower treatment success rates and poorer clinical outcomes for women.” In fact, for Allen, sex-based differences are only the start, she is also interested in ethnic disparities that are also prevalent.

Now fueled by their mutual interests the team of James and Allen with the help of biomedical engineering undergraduate student Paxton Guerin asked the question: Are others investigating cell sex in biomaterials research?

Surprisingly, with few exceptions, it turned out not to be the case. Researchers are rarely investigating differences in how cells respond to biomaterials on the basis of sex. But importantly, while most studies involve cells, very few actually report the sex of the cells. James and team surveyed 352 articles published in December 2019 from 7 prominent biomaterials journals and found only 3.7% of the articles reported cell sex.

The team highlights that this missing information on cell sex would provide the biomaterials community with much needed context for the work being published. It also aids in the ability to replicate studies and get reliable data that includes any variance due to the biological sex of the cells used. In their essay, the team acknowledges that not every study published requires the inclusion of both male and female cells, but makes the case that if cells are used in the study, the biological sex (male/female/both or mixed/pooled populations) should be provided.

Biological sex is defined as the differences between males and females related to chromosomes, organs, and endogenous hormone profiles. Sex differences affect drug efficacy, disease prevalence and outcome, and treatment success rate. Most recently sex differences have been recognized with COVID-19 in which across all ages, males are more seriously afflicted by the disease than females. A great resource for understanding sex differences is the free E-learning course Bench to Bedside prepared by the National Institutes of Health (NIH) Office of Research on Women’s Health.

Allen admits, “Unfortunately, even work from my group has not reported cell sex. If it’s not actively spoken about or part of standard practice it can often be forgotten.  We are taking steps now to address this in our own work.”

The team identified three opportunities to reverse this trend of underreporting, 1) the research team should simply report the sex of the cells they are using; 2) the cell vendors should diversify their populations and make sex information readily available; and 3) journal editors can and should require that cell sex be reported. “This trend can be easily reversed by actions at multiple stages,” said Allen.

Though, the tides are turning. In 2015, the NIH mandated that sex be included as a biological variable in all their funded pre-clinical studies. Just last month, the NIH published a research funding award titled, The Intersection of Sex and Gender Influences on Health and Disease, to support sex differences research. “I’m especially excited to see that the Society For Biomaterials 2021 Meeting has a specific abstract category for Sex-specific Bioengineered Technologies. It just shows that the field is coming around to recognize sex-specific responses more and more,” said Bryan.

Allen is excited about the future of biomaterials research: “I think the biomaterials community is gaining appreciation for sex-based differences, talking about it more, and ultimately is moving in the right direction, headed towards more personalized biomedical strategies and precision medicine approaches.”

Press release provided by the authors