Researchers have shown theoretically how to control or eliminate the formation of "dendrites" that cause lithium-ion batteries to fail. 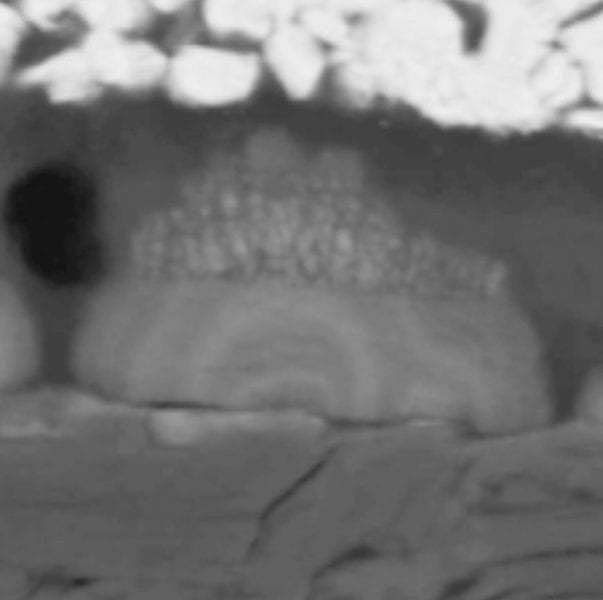 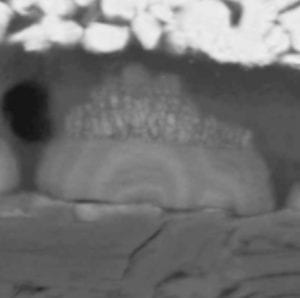 Formations called dendrites grow in lithium-ion batteries and may continue to grow until causing an internal short circuit, which results in battery failure and possible fire. Researchers have now shown theoretically how to control or eliminate their formation. Image: Quinn Horn, Exponent.

Researchers have shown theoretically how to control or eliminate the formation of “dendrites” that cause lithium-ion batteries to fail, an advance that if realized would improve safety and might enable the batteries to be charged within a matter of minutes instead of hours.

The dendrites are lithium deposits that form on electrode surfaces and may continue to grow until they cause an internal short circuit, which results in battery failure and possible fire.

Researchers have created an analytical theory that shows how to design experiments to study ways of controlling dendrite growth, and results of the theory allow researchers to predict early stages of dendrite formation.

“We believe that this work is the first of its kind because, prior to its publication, work on this area had heavily relied on anecdotal evidence,” said R. Edwin García, an associate professor of materials engineering at Purdue University. “While we have applied this theory to lithium-ion batteries, it was formulated so that it could be readily applied to other emerging battery chemistries, such as magnesium-ion and lithium-sulfur.”

Findings were detailed in a research paper published in February in the Journal of the Electrochemical Society. The paper was written by postdoctoral researcher David Ely and García, and the work was funded by Toyota Motor Engineering & Manufacturing North America Inc.

The dendrites are lithium formations that grow like tumors while batteries are being recharged. Some of them add layers that when cut in half reveal an internal structure like tree rings, with each layer representing a single recharge. Because they grow faster when exposed to the high voltages needed for fast recharging, the dendrites limit recharging speed.

“You want your battery to recharge as fast as possible, in a matter of 10 minutes or so,” García said. “This would be possible if we could better control or eliminate dendrite growth.”

The batteries have two electrodes, called an anode and a cathode, separated by an insulating polymer that keeps the electrodes from touching. When the battery is recharged, lithium ions are shuttled from the cathode to the anode through a liquid or gel called an electrolyte, from which the dendrites draw material to build up on the anode’s surface. The dendrites may grow large enough to penetrate the separating barrier and touch the cathode.

The researchers used their analytical model to identify behavior associated with formation of the dendrites and have proposed methods to suppress or control them.

One solution might be to engineer the anode’s surface chemistry to inhibit the lithium’s beading at the surface so that it wets the surface instead of nucleating into a dendrite.

Another potential approach is to induce lithium deposits to grow uniformly, instead of heterogeneously. The heterogeneous growth means the dendrites sprout unevenly at various locations on the electrode’s surface. Some of the formations grow in needlelike spikes that quickly breach the barrier to the cathode. High voltage is required for fast charging, but heterogeneous dendrite formation restricts this fast charging. Having uniformly distributed lithium deposits with a uniform size could make fast charging possible by allowing higher voltage.

Another approach might be to charge the batteries using rapid pulses of electricity instead of a constant current.

“We have developed an analytical theory that identifies the different ways in which lithium-ion batteries can fail during recharge,” García said. “Fundamentally, we proposed a universal roadmap that allows experimentalists and theoreticians to explore the different regimes of behavior during battery recharging. The proposed analytical roadmap enables researchers to identify the charging conditions that will completely suppress or at least minimize the formation of lithium dendrites.”

Findings showed how to keep a dendrite from growing beyond its “critical kinetic radius,” the size at which it will either shrink or continue to grow depending on how much current is applied.

Researcher Stephen J. Harris at Lawrence Berkeley National Laboratory has recorded dendrite growth in movies that the Purdue researchers studied for their simulation.

The Purdue researchers have found that the smaller dendrites may transfer their mass to larger ones, causing the larger dendrites to grow faster and more stably. The work was validated against available experimental data in the scientific literature.

“We also unified conflicting existing theories as they were reported in the 1990s and early 2000s,” Garcia said.

The work is ongoing, with future research possibly aimed at learning more detail about dendrite behavior.

“The dendrites don’t grow just everywhere, but at very specific locations on the anode,” García said. “At the end of the day we want to model that. Such a comprehensive model would lead to advanced battery designs of improved performance and reliability.”

How do we take the methane out of natural gas?
A New Ceramic Coating to Lower Aircraft Fuel Consumption
An eco-friendly smart coating to keep buildings cool without air conditioners
Supercharging carbon dioxide capture