Looking at the social life structures of bees. String theory for the life sciences. 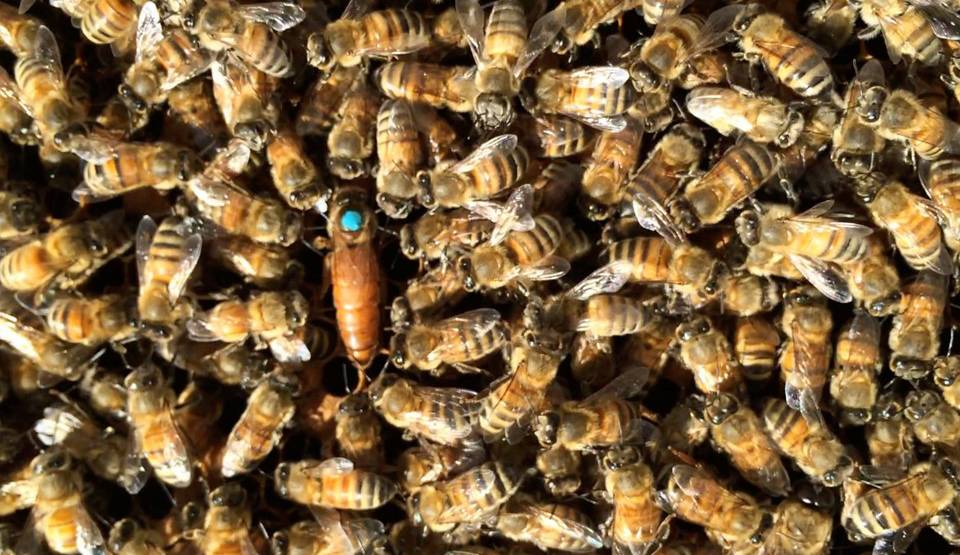 Where string theory suggests a unifying principle in physics, authors Kyrillos Faragalla, Anna Chernyshova, Anthony Gallo and Graham Thompson demonstrate that network biology may provide a similar paradigm in the life sciences, describing genes within genomes, genomes within cells, cells within organisms, organisms within populations, populations within ecological guilds and integrating each of these levels with the others.  In the Journal of Experimental Zoology – Part B, the authors use altruism in the eusocial honey bee, Apis mellifera, as an example.

A complex behavior, the fundamentals of altruism are understood: Altruistic workers forgo reproduction, instead laboring on behalf of their hyper-reproductive mother, the queen, thereby facilitating transmission of their fabled ‘genes for altruism’ through non-descendent, but genetically-related kin. The mechanism causing workers to attend the queen and render themselves sterile is controlled, in part, by gene regulatory networks.

Quantifying and plotting the distribution of connections among the genes in the network and measuring its skewness (or degree distribution from Network Biology), graphically depicts which genes are central to the network regulating control of worker sterility, in this case, fushi tarazu (ftz-f1), and fruitless (fru).  Next the authors present an interesting parallel between the gene-level networks for altruism and the social networks of the bees themselves.   When the mathematically constructed genetic and social networks are compared, it becomes apparent that the regulatory division of labor within gene networks is directly analogous to the more familiar reproductive division of labor within eusocial networks.

Hub genes at the center of gene-regulatory networks (ftz-f1, fru) are analogous to the queen bee (seen above with a blue dot) at the center of socially-regulated networks. This conceptual link enables a grander synthesis between the levels of social and organizational complexity, spanning from genes, to societies to ecosystems. 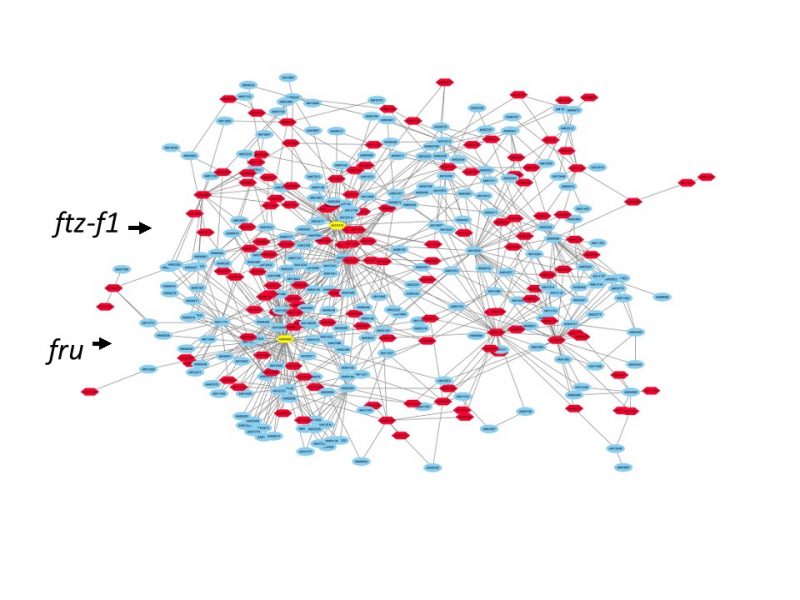 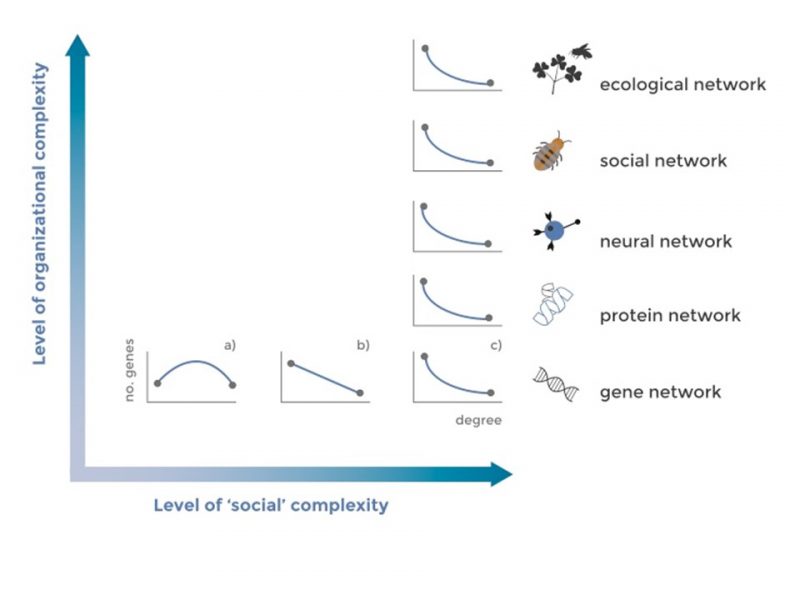 In the honeybee social network, workers physically interact with the queen and her pheromones. This activates a pheromone‐responsive neural network within individual workers, which may stimulate downstream protein and gene networks that ultimately regulate physical (de‐) activation of worker ovaries.

The application of multilevel network thinking can be extended to other complex features of insect societies, such as disease transmission, food flow, social fluids, response to attack, and other modes of task specialization. These complex behaviors can be depicted effectively through network‐to‐network linkages.  If integration of this type is possible, then networks are not only comparable by way of individual analysis, but also as linked biological building blocks.

Scientists discover that the platypus glows in the dark
Computer modeling reveals details of how cells fix damage to our DNA
Can bacteria survive in space?
What ancient microbes can tell us about the environment they inhabited