Identifying the critical questions regarding long distance regressive signaling and how they are important for understanding nervous system development and pathogenesis in neurodegeneration. 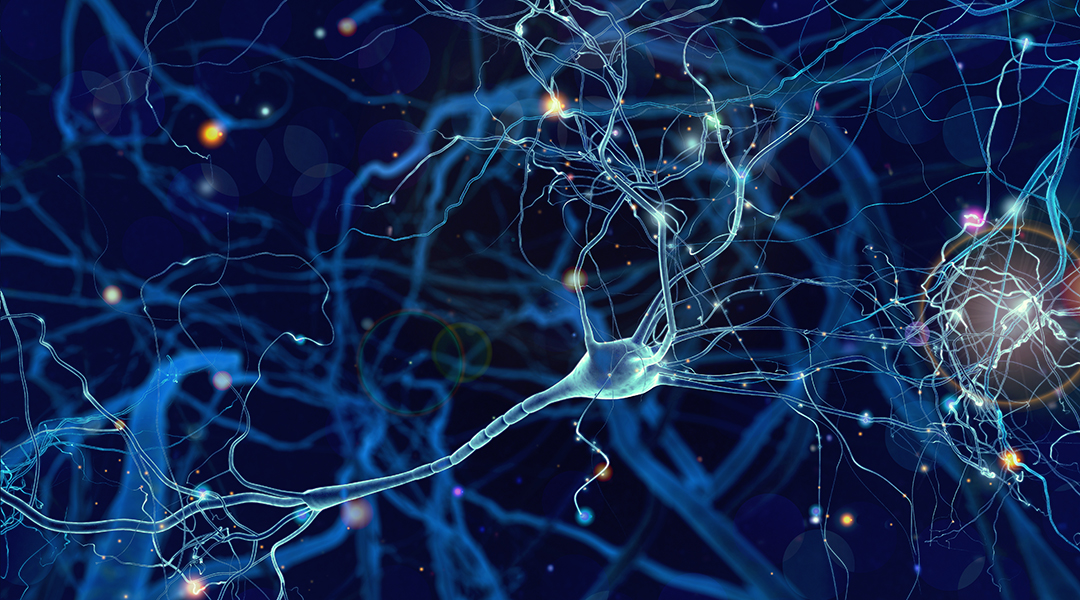 Neurons are characterized by long polarized structures known as axons which can range from a few micrometers to even a meter long in humans. This length brings with it challenges for neurons since they must transmit signals from distal target organs, such as a muscle, back to the neuron cell body to indicate critical functions, including whether the neuron should survive or die.

The father of artificial intelligence, Alan Turing proposed the existence of opposing morphogens in nature. These morphogens create natural patterns such as those seen in dried river beds, sand dunes, stripes and spots on animals, and spatial organization of tissue structures. Analogous to Turing’s opposing morphogens, neurons seem to follow the same principle with progressive and regressive signals allowing the dominance of one over the other as required for development. A loss of balance between these signals results in disorders of the nervous system, which have lifelong effects.

The seminal work of Rita Levi Montalcini and Viktor Hamburger, suggested that remote signals at nerve terminals influence the final number of neurons through the regulation of cell death and survival. During development, neurons reach for their targets so that the distal end of the neuron perceives growth promoting signals and relays them back to the cell bodies at the opposite end, where the main control for the entire neuron lies. Depending on the signals perceived at the distal end, the genetic machinery in the cell body instructs the neuron either to grow and survive or undergo programmed death. The existence of progressive and regressive signals are well established, but the knowledge about their integrated action over long distance remains scant. How do the opposing pathways interact and balance each other during nervous system development and maintenance?

In a recent review published in WIREs Developmental Biology, a collaborative group of the Bronfman, Carter and Deppmann labs at the Universidad Andres Bello, Vanderbilt University and University of Virginia, respectively discuss these intriguing questions with emphasis on long distance regressive signaling in neurons. They provided an overview of recent evidence that regressive cues emanating from platforms like death receptors and axon guidance cues can promote their function at a distance. Through their discussion, they opened several other interesting questions: How are the generation and counterbalance of these opposing signals regulated at different stages of development? Under what conditions do the regressive signals dominate over pro-survival signals?

Further, disruptions in molecular machinery required for long-distance transport of progressive signals have been implicated in pathogenesis of neurological diseases, but whether it is a cause or consequence of neuropathology remains largely unresolved. Emerging evidence suggests an increase in regressive signal transport even before the disruptions in transport machinery at the onset of neurodegeneration. This review also analyzed the role of regressive signal transport in pathological scenarios of Alzheimer’s disease and motor neuron degeneration in ALS. Discussion of the mechanism of signal transport brings up another important question: Do these opposing signals use the same long distance carriers known as endosomes to travel from the tips of axons back to the cell bodies or are they different depending on the nature of signals?  If they use common endosomes, how do the regressive signals recruit the transport machinery? Upon reaching the cell bodies sooner than progressive signals, they may further shift the balance in their favor resulting in neuron death.

“Resolving these paradoxes of signal transport are essential to understand how the balance of opposing signals is achieved during proper nervous system development”, said lead author Dr. Amrita Pathak. It is also critical for developing effective therapies for devastating neuropathologies thought to arise from defects in transport of these signals.

With insightful comments and edits from Christopher Deppmann and Bruce D. Carter.

Biomaterials researchers should include sex-based differences
Why is potassium the cation of life?
Raman Spectroscopy Can Quickly Test for Dangerous Streptococcus Bacteria
Protein-Protected Metal Nanoclusters That Behave Like Natural Enzymes