Aviation biofuel made from tobacco plants

Boeing Partners with South African Airways for a pioneering project that will make sustainable aviation biofuel from a new tobacco plant, not cigarettes. 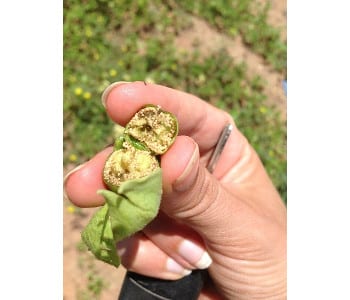 Boeing is working with partners in the United States, Europe, China, Middle East, Brazil, Japan, South Africa, Australia and other countries to develop sustainable aviation biofuel. When produced sustainably, aviation biofuel reduces carbon emissions by 50 to 80% compared to petroleum jet fuel through its lifecycle. Airlines have conducted more than 1,500 passenger flights using biofuel since the fuel was approved in 2011.

Now Boeing is reporting that they are collaborating with South African Airways (SAA) and SkyNRG to make sustainable aviation biofuel from a new type of tobacco plant. This initiative broadens cooperation between Boeing and SAA to develop renewable jet fuel in ways that support South Africa’s goals for public health as well as economic and rural development.

“It’s an honor for Boeing to work with South African Airways on a pioneering project to make sustainable jet fuel from an energy-rich tobacco plant,” said J. Miguel Santos, managing director for Africa, Boeing International. “South Africa is leading efforts to commercialize a valuable new source of biofuel that can further reduce aviation’s environmental footprint and advance the region’s economy.” 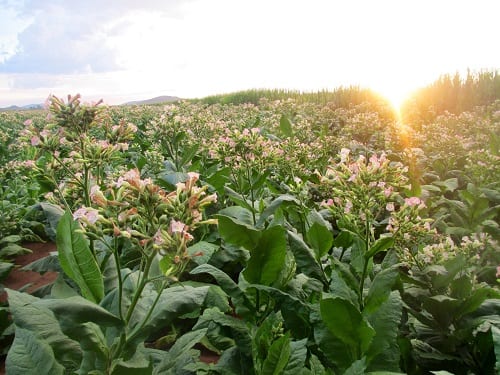 SkyNRG is expanding production of the hybrid plant known as Solaris as an energy crop that farmers could grow instead of traditional tobacco. Test farming of the plants, which are effectively nicotine-free, is underway in South Africa with biofuel production expected from large and small farms in the next few years. Initially, oil from the plant’s seeds will be converted into jet fuel. In coming years, Boeing expects emerging technologies to increase South Africa’s aviation biofuel production from the rest of the plant.

“By using hybrid tobacco, we can leverage knowledge of tobacco growers in South Africa to grow a marketable biofuel crop without encouraging smoking,” said Ian Cruickshank, South African Airways Group Environmental Affairs Specialist. “This is another way that SAA and Boeing are driving development of sustainable biofuel while enhancing our region’s economic opportunity.”