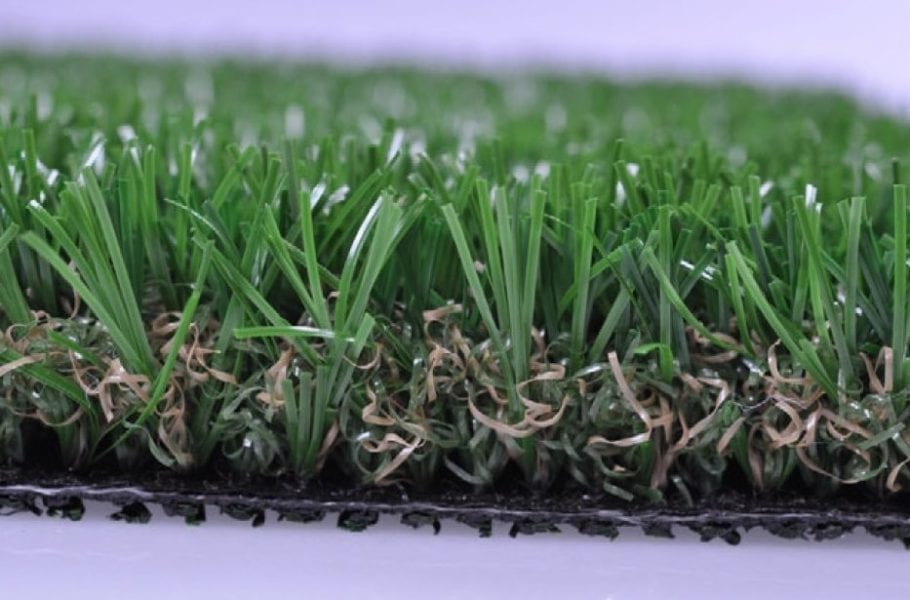 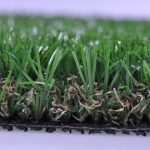 The use of artificial turf allows playing all year round under any weather conditions with much less maintenance compared to natural grass. In first-generation synthetic turf, polyamide (PA) flooring was used because of its excellent resilience. However, PA has a tendency to produce abrasion injuries (friction burn) when a player, for example, makes a sliding tackle on the surface. In second-generation artificial turf the PA yarn was replaced by polyolefin monofilaments which reduced skin abrasion. In current third generation the fibers are supported by sand and granulated material. The PE monofilaments now used offer improved skin friendliness but tend to permanent deformation.

The resulting artificial turf resembles natural grass with respect to playability and appearance and does not need any granular infill. Though, to some extent, the viscoelastic behavior of the PE sheath hinders the recovery of the PA core, the softness of the resulting artificial turf considerably increases the comfort for the player. The fiber developed represents one step further in copying natural grass.