Amphibians of the American Southwest are in hot water — will they thrive or dive?

Understanding how global threats affect amphibian species on a regional scale is necessary for effective management and conservation. 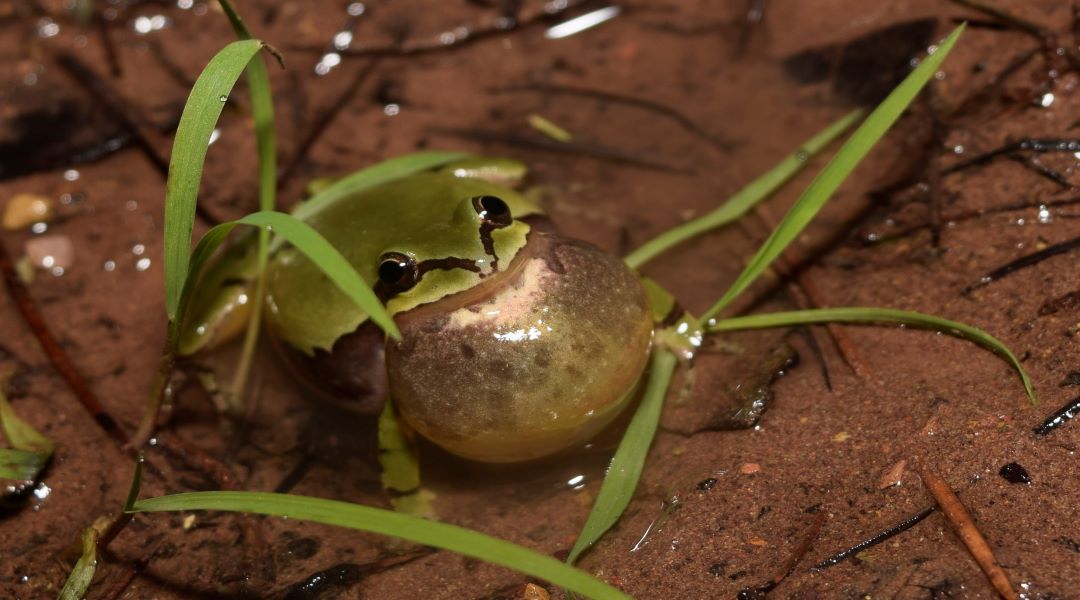 Rising temperatures, precipitation changes, and the decline of freshwater habitats are threatening amphibians worldwide. As amphibians depend on the environment to regulate their body temperature and often have an obligate aquatic portion of their life cycle, they are particularly sensitive to shifts in temperature and precipitation-driven changes in the availability of aquatic habitat. Additionally, the rapid spread of disease, competition, and predation by invasive species have contributed to widespread die-offs.

These threats are recognized as drivers of amphibian declines globally, yet we know little about them at a regional level. Species may differ in their susceptibility and the threats themselves may differ by region. Understanding how global threats affect species on a regional scale is necessary for effective management and conservation.

For example, consider the American Southwest: an arid region with seasonal and punctuated precipitation. Though an arid region may not be a place we associate with amphibians, this region is home to more than 30 native species. These amphibians inhabit a range of spaces, from permanent bodies of water to seasonal freshwater habitats of varying durations and types found across the landscape during the wet season. Many of these species have unique characteristics that enable them to thrive in the harsh arid environment. However, the American Southwest is facing climate change-induced reductions of freshwater habitats exacerbated by increasing demands for freshwater use by a growing human population.

Increased urbanization throughout the region has contributed to the alteration or destruction of aquatic habitats, reducing water availability for human and ecological needs. Will these and other threats pose unique challenges for the region’s species, or will these amphibians, already adapted to life in the desert, be uniquely suited to survive – or even thrive – in the near future?

This question is the driver of our recent article published in WIREs Water. Our team assessed current understanding and available published knowledge of threats faced by amphibians of the American Southwest. By reviewing published literature from 1936 to early 2019, we evaluated how much information is available regarding the threats of changes to climate, biology, and land use to amphibians. We studied 35 amphibian species native to the American Southwest, including four salamanders (order Caudata) and 31 frogs and toads (order Anura). These amphibians are taxonomically diverse and represent a wide range of traits rivaling that of amphibians from all over the United States.

The knowledge of threats to species varies widely, with high coverage (more research findings available) for some species, such as the lowland leopard frog (Lithobates yavapaiensis), and very low or no coverage for others, such as the Sacramento Mountains salamander (Aneides hardii). What’s more, one would assume species of conservation concern may have high coverage driven by the clear conservation need for these species. However, we found no relationship between species’ conservation status and their coverage in the literature. Some species of concern were indeed well-studied, but others had few or no studies indicating how they might respond to threats in the region. Coverage varied widely by taxonomy and traits, and coverage also varied widely by threats. For example, although wildfire risk is increasing in the region, we found very few studies examining how fire may affect amphibians in the region. This gap may be problematic for managers attempting to plan for and mitigate bigger, hotter, and more destructive fires in the future.

Despite knowledge gaps, some species had relatively high coverage in the literature for a range of threats. That lead us to determine that species with relatively high coverage present unique opportunities to serve as proxies for similar species that are poorly studied. One approach to do so may be to use traits to identify species that will respond in similar ways to environmental change.

Traits are measurable attributes of a species, such as body size or number of eggs laid in a year. “These often available measurements can tell us a lot about how species respond differently to various threats. For example, shortened larval period prior to metamorphosis can indicate a response to reduced surface water availability” says Chloe Moore, a co-author of the review and lead author of an anuran trait database in review for publication.

Additionally, well-studied species present a unique opportunity to formulate predictions of how these species will respond to threats and test those predictions using simulations or experiments. Dr. Meryl Mims, lead author of the review, says, “A major challenge for researchers and managers alike is to predict how species will respond to climate change and many other threats in a rapidly changing world. This challenge is made harder by the fact that we often do not have the basic information needed to formulate predictions in the first place; we simply do not know enough about species. So, when we find species with a wealth of natural history information and a collection of studies that tell us something about their responses to threats, it opens up possibilities to explore predicted responses with computer simulations and on-the-ground experiments. These are really valuable nuggets of information that will be critical to weigh different management options moving forward.”

There is, however, still a need to consider multiple, interacting threats. Although we considered threats independently (for example, the relationship between one threat and one species), species will face multiple, simultaneous threats. For example, increasing temperature may actually be an advantage for some species — to a degree. Conversely, increasing temperature can increase disease prevalence, causing massive die-offs. The interaction of temperature and disease can pose greater threats to some species than increased temperature or disease alone. Furthermore, these interactions may be unique to specific regions. In the American Southwest, Bullfrogs (Lithobates catesbeianus) are a prevalent invasive species and have led to declines of many native amphibians both through direct effects (predation, competition) and indirect effects (a disease vector). Understanding the effects of interacting threats on amphibians at the regional scale will be critical as informed conservation plans are developed.

There is a need for studies examining the potential effects of climate-related threats to species in a rapidly changing world, including the effects of fire and changing seasonality (timing, duration, frequency) of precipitation events. We provide a freely available database of all references to help regional managers locate and weigh available evidence as they consider strategies for specific species. Ultimately, we hope that our efforts will provide a roadmap for determining whether the remarkably diverse amphibians of the American Southwest will thrive or dive in an uncertain future.

Land Versus Atmosphere Dry-Out: What Matters More for Droughts?
How Demographics Dictate Vulnerability in Natural Disasters
Water, reciprocity, and the anthropocene in the Himalayas
‘Sticky questions’ raised by study on coral reefs